DJ's Diamond Picks: 2 MLB Best Bets From Wednesday's Evening Slate - July 6, 2022
Why the Houston Astros might just be the best team in baseball 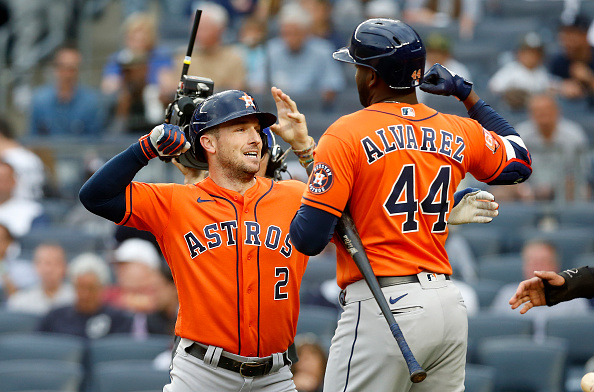 Baseball is really the only sport that is on, which is great because I love baseball, but as I have said many times, baseball is the hardest sport to handicap. This season, I am hovering around 52%, which is just below the profit line of 52.5%, but it only takes a few winners to get back in the black.

Anyway, we are not here to talk about me, we are here to give you the best plays for the evening slate of action. Tonight, we have two best bets for you. We would love for you to tail our best bets, we just ask that you do so responsibly.

After a hot start to the season, the Giants have cooled off significantly. They have lost their last six games, and 10 of their last 12. One would think that a series against the Arizona Diamondbacks would help right the ship, but now San Francisco will be looking to avoid a sweep against a team that is just not as good as them.

The Giants will send out Alex Cobb to get the start tonight, and although his ERA of 4.59 is concerning, Cobb has an xERA of 2.51 and his K% is up to 25.5%, which would be a career-high. His fastball is also averaging 95 this season and he is getting opposing batters to swing at 34.8% of pitches outside the zone, which again, is a career-high. His numbers on the surface are not great, but Cobb is flashing some of his best stuff this season.

The problem for San Francisco is that the Diamondback's offense has come alive over the last two weeks. They have a BABIP of .266 and a team BA of .245 over the last two weeks, which is not that great, but it is solid for a team like Arizona that does not have a lot of expectations, or a lot of "talent" for lack of a better term in their lineup. Arizona also will have Merrill Kelly on the mound tonight, who comes into this game with a BABIP of .294 and a hardhit% of only 35.8%.

As an offense, the Giants are ranked 23rd in wRC+ over the last month, and they have only scored 97 runs during that time, which is third-worst in baseball. I usually do not like taking an underdog that is going for a sweep of a team that they really have no business sweeping, but there is a lot of value with Arizona on the ML today.

The Astros are heavy, heavy, heavy favorites tonight, and for good reason. A few weeks ago, I put a couple of units on the Astros to win the World Series at +750, and now they sit at 6/1, and that is for good reason, this team is getting hot. Houston has won eight straight games, and 10 of their last 11. On the other side, Kansas City is 3-7 SU in their last 10 games, and the Royals are 1-5 SU in their last six games in Houston.

It has been a rough season for the Royals, as was expected. This season, the Royals are ranked 27th in runs (309), 23rd in wRC+ (94), and 22nd in OBP (.306). They hit the ball decently hard, but this lineup has just been so uninspiring all season. Kansas City will send out Brad Keller tonight, and although he has regressed since his solid 2020 season, he has certainly been better than his nightmare 2021 campaign where he posted an ERA of 5.39.

As I said earlier, the Astros are heavy favorites tonight, so there is no value on the Runline or the Moneyline tonight, so we are going to take a peek at their team total. During their eight-game winning streak, the Astros are putting up 6.25 runs per game, and they have gone over this number five times during their winning streak. Houston should have a big day against a bad Royals team, and they should go over this number pretty easily based on how they have been playing lately.