DJ's Quick Hits: Best Bets From Tuesday's MLB Slate - June 14, 2022
Come check out our best bets for a full-slate of action on the diamond. 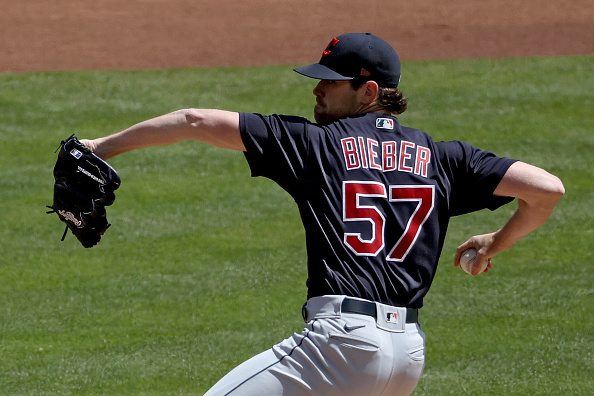 Hello, and welcome back to quick hits.

Last night was brutal for your boy, as the Pirates blew a 5-0 lead, and the Astros, who were covering for the majority of the game, imploded late against the Rangers. It does not help that the Celtics fell asleep in the fourth last night. It was looking like a clean sweep for me last night before all my teams decided to crush me.

Anyway, there is nothing we can do now but dust ourselves off, and find some winners on the diamond tonight. Today, we're back with the three best bets for a baseball-heavy day. We would love for you to tail our picks, we just ask that you do so responsibly.

Both teams have been profitable with the over, and although the over cashes more on the road for Washington, and at home for Atlanta, there is a lot of value here, even with Max Fried on the mound.

Fried enters this game with an ERA of 2.64, but his xERA of 3.29 and hard-hit rate of 38.7% plays well for a Nationals lineup that has had a lot of success against lefties this season.

Atlanta has been hot coming in, and although Ozzie Albies fractured his foot last night, I like the bats to stay hot, and for Washington to score enough to just push this one over the total.

The Guardians are starting to pick it back up on offense after a lull earlier in the month, but they are still ranked towards the bottom in hard-hit rate (34.5%) and Barrels (89). Colorado has not been much better on offense, as they are ranked 27th in wRC+ (87), hard-hit rate (35%), and the Rockies are last in exit velo (86.9).

Betting on the total in Colorado is always a slippery slope because of that famous Colorado air, but there is a lot of value on the under. The total is always going to be inflated at Coors Field, but Cleveland has traditionally not played well in Colorado, and the Guardians will send out Shane Bieber, who is not back to his Cy Young form but enters this game with a 2.91 ERA and a FIP of 2.64.

I originally wanted to take Cleveland on the ML, as I am known to do, but I am terrified of their history at this ballpark, so we will take the under.

Tyler Mahle will get the start for Cincinnati, and he has been locked in as of late. Over his last three starts, he has only given up four runs in 18.2 IP. His last start was against the Diamondbacks, and it will once again be a matchup of Mahle and Zach Davies. Mahle picked up the loss against Arizona, but he pitched six strong innings, allowing only one earned run and striking out 10 batters. On the other side, Davies had a solid start against the Reds, but over his last five starts, he has an ERA of 5.06.

Neither pitcher has been that great this season, but we will ride with the hot hand in this one. Cincinnati is also starting to heat up on offense over the last month, with a .310 OBP and 127 runs scored. I am personally taking the Reds F5, and full-game ML, but for the sake of giving out one "best bet" we will ride with the F5.