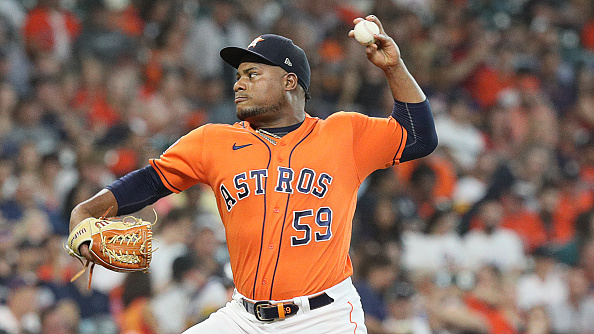 If you have followed my picks, first of all, I apologize for how much money I lost us over the last month. However, I have hit my last five baseball picks, and although the evening slate is not large tonight, there are two plays that I absolutely LOVE tonight.

I believe we are starting to get a good idea of which teams are actually for real, and that makes betting on this damn sport a whole lot easier. Every season, I fall in love with a team that starts the season hot, and I refuse to stop betting on them. Luckily, both of my teams so far this season have treated me very well.

Anyway, let's get right into the picks. We would love for you to tail our best bets, we just ask that you do so responsibly.

I could keep going, but let's move on.

Houston will have the advantage on the mound with Framber Valdez getting the start for the Astros. On the season, Valdez has an ERA of 2.78 and an xFIP of 3.20. One of my favorite stats about Valdez is that he has gone over 6.0 IP in 11 of his 13 starts this season, and he has done that in his last 10 starts. While he is due for some regression with his xERA of 3.15 and the fact that he has to face the Yankees, there is a lot of value with a hot Astros team.

Taillon has struggled lately, and the Astros are starting to wake back up after a mid-season lull. It may be foolish to bet against the Yankees at this point, especially in the Bronx, but I will ride with Houston at plus value.

Even though the White Sox still have not figured it out this season, the offense is getting a lot better as of late. Over the last week, Chicago is ranked sixth in runs (33), seventh in wRC+ (120), and fourth in OBP (.348).

However, the White Sox are below .500, and injuries continue to plague them. That could be a promising sign for Chicago, as they are only 4.5 back of the Guardians for the top spot in the Central. I still expect the White Sox to be a playoff team, and possibly the division winner, but as of now, they are wildly inconsistent.

They do have Johnny Cueto on the mound tonight, and although he comes into this game with a 2.95 ERA and a FIP of 3.65, his xERA of 3.25 and xFIP of 4.09 point towards some regression. In years past, pitching against Baltimore would be a favorable matchup, but the O's are playing some decent ball right now. They have won four of their last six, and star rookie Adley Rutschman Is starting to heat up.

The offense as a whole is very pedestrian, but they are much better on the road with a wRC+ of 97 compared to an 85 wRC+ at home. However, they are only 13-22 on the road compared to 18-17 at Camden Yards. I do not trust either of these teams to win tonight, so we will look at the total.

Both starters are due for some regression, and both bullpens are ranked towards the bottom of the league. Getting the total at plus-value almost seems too good to be true, but I will ride with two offenses that have been hot recently.