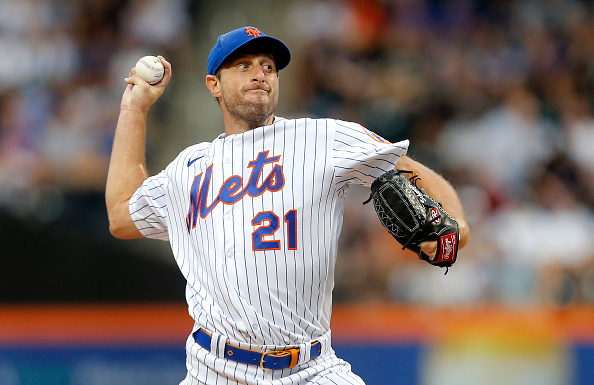 As always, Monday is giving us a light slate of action tonight as we only have nine games to pick from tonight, but that will never stop us from going out and giving the people the best bets of the night.

If you have been following my picks, you know that the Mets show up on my card quite frequently, and the other New York team (the second-tier team in the Big Apple, IMO) will also find their way on my card. Both the Yankees and Mets have been cruising this season, so if you have been tailing them, you have probably turned a decent profit.

Tonight, we have two best bets for you. We would love for you to tail our best bets, we just ask that you do so responsibly.

The Yankees are only 5-6 since the second half of the season kicked off. One could argue that they are lucky to be that close to .500. A brutal series finale against the Royals caused them the chance at a four-game sweep, but New York did not look overly impressive against one of the worst teams in baseball.

It does not get any easier for the Yankees as they take on the Seattle Mariners, who got better this past week with the acquisition of Luis Castillo from the Reds. The good news for New York is that they will not face Castillo tonight but will get Marco Gonzalez. On the season, Gonzalez has a 3.66 ERA, but his xERA of 4.62 and FIP of 5.08 point towards some regression, and this is not the team you want to regress against.

Although New York has not been sharp since the All-Star break, they are still ranked second in WAR (24.8), OBP (.336), and OPS (.775), and the Yanks are first in wRC+ (121). Seattle also comes into this game with one of the best offenses in baseball this season, as they are ranked 10th in wRC+ (105), but they will be without Julio Rodriguez for a few days after being hit in the hand over the weekend.

Tonight, the mariners will go up against Domingo German, who has struggled mightily in his few starts so far. German comes in with an 8.22 ERA and a FIp of 7.42 in only 7.2 IP. While his xERA of 5.32 and xFIP of 5.05 mean he will not be this awful for the entire season, those are not good numbers, and he is getting hit hard with a HardHit% of 38.5%.

With two great offenses and two questionable starters, the over is the play here. The total has gone over in eight of the last nine home games for the Yankees, and while Seattle is not a profitable "overs" team, they are actually better on the road, going 27-25-1 against the total, and they have put up 216 runs on the road this season.

It is Max Scherzer day for the Mets as their red-hot offense will take on the Washington nationals, who are making headlines for the wrong reasons during this trade-deadline week.

As I said earlier, they will send Scherzer out on the mound tonight, which is always a good sign. On the season, Scherzer has a 2.09 ERA and a FIP of 2.50. While his xERA of 3.13 and xFIP of 3.09 point towards regression, the Nationals' lineup does not scare me at all outside of Juan Soto and sometimes Josh Bell ( both of whom may be traded by tomorrow afternoon).

Washington's offense is ranked 27th in runs (393), 29th in WAR (2.3), and 24th in wRC+ (92). The Nationals have been a little better over the last week at the plate, but not enough for me to feel confident that they have any prayer against one of the best arms in the history of baseball, especially the way he is pitching.

New York has won seven of their last eight road games, and five of their last six against the Nationals. Obviously, with Scherzer on the mound, the Mets are heavy favorites tonight (-255), so we will stay away from the ML and the RL and take a peak at the total. Both teams have gone over this number in at least 62% of games since the All-Star break, but these offenses are trending in opposite directions, and I do not trust the Nats to score enough to push this one over.