Upset Watch Wild Card Picks 2020-21
6 Wild Card games need our attention, but who can upset the odds as underdogs this week? 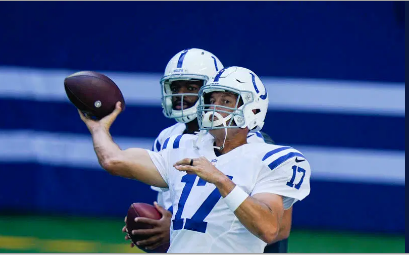 Welcome to the Playoffs on Pickwatch!

First off, don't forget to make your wild card picks this week. We're giving away $500 to a user who makes all of their picks in the playoffs (whether they win or lose), so make sure you make picks for all 6 games this week!

Second, if you don't have Pickwatch Pro, you're missing out. Hundreds of our users are now pro users, and we're improving capability all the time. This week, we added the ability to filter all Pro data by the current season, rather than in 5/10/15 game increments.

From now until the end of the playoffs, you can see the best players and experts for each team, and in each game (their combined accuracy picking both teams) for just $4.99. Click here to get Pro.

Now, on with Upset Watch!

The playoffs require a special care. Every team in the playoffs is likely to be capable of causing an upset, because they're all (mostly) winning teams, or at least capable of getting wins.

That means we don't use historical records to guide us. The teams are too close and the variation too high. Some years all of the underdogs win, and some years they lose. In the league's first 6 game wild card weekend, there is no sense in assuming any historical trend is a guide to how good teams will do when they play each other. Instead we use each team's statistical strengths, weaknesses and records against similar teams to predict the outcome.

The Bills are a team I can get behind., but there is a big worry here. If Stefon Diggs and Cole Beasley are both out of this game, then it's an utterly defining loss for the Bills. They are a pass-first offense who rely heavily on Diggs and Beasley to move the sticks. Between them, the pair racked up just over 2,500 yards receiving, over 50% of the team's total.

If that is the case - and the nature of the injury suggests that Diggs is at high risk of  missing it - then expect to see a different Bills on Saturday afternoon.

Most importantly, you can also expect a heavy dose of the Colts and their run game making life difficult for the Bills defense regardless of the status of either player. Indianapolis have been one of the league's best rushing attacks since midseason (when they ranked as low as 30th) and ranked 5th from week 10 onwards.

The Colts are weak against the pass, and that would mean if Diggs and Beasley both go, it's worth reconsidering this pick, but assuming they are either inactive or limited in any way, expect the Colts to prey on a Bills defense that has allowed 21 rushing TD's (27th) and is primarily able to maintain it's good statistical rankings by virtue of the offense having the ball more than most teams.

The Ravens come into this game on a 5 game winning streak, but they have been decidedly unconvincing against playoff teams this season, going 4-4 and losing to yes, you guessed it, the Titans. That game is so instructive about the difference between these teams.

First off, we have the running game. Baltimore relies on Lamar Jackson to an extreme degree, in fact it is almost entirely generating offensive yards via his legs. Sure, the other backs have shared some of the load, but this is the 32nd ranked pass offense for a reason - they are almost entirely one-dimensional.

And the Titans defense? Well, as bad as it can be at times, it actually stops the run and running QB's pretty well. DeShaun Watson was their kryptonite, but that's because he was able to pass for 300+ yards in both of their meetings - the Texans didn't break 100 yards rushing in either game.

The Ravens need the run, and their defense found Henry and Ryan Tannehill too much to cope with in their last meeting. I suspect the latter will play a much bigger role, and his rushing (7 touchdowns) has contributed 5 touchdowns over the last 3 games for Tennessee.

I don't believe Lamar Jackson can carry Baltimore much further than he has. The Ravens hae become flat-track bullies, racking up 30-40 point wins against bad teams, but when faced with an even competition, they will be very susceptible to a loss. Not enough has changed since week 11 for me to believe the Ravens will this time overcome Tennessee.

This is the craziest game, and I have considered an awful lot how much Kevin Stefanski's loss to Covid-19 protocols will impact the Browns. I wavered at the start of the week, but as it's gone on, I see this as something that may not be the obvious game-breaker that it could have been.

First off, there is no true precursor to this. This is a game that the Browns will be prepared for, with a ton at stake, and working hugely in their favor is that the Browns played the Steelers last week. This massively changes the impact of losing their head coach, as the preparation for their opponent is essentially a continuation of the previous week (when Stefanski was there), and the adaptation of the playbook and drive scripting will be possible without fundamental problems. No player will go into this game not understanding who the Steelers are.

Where it will matter is during games, but acting head coach Mike Priefer has been on Kevin Stefanski's staff in Cleveland and Minnesota for the last 8 years. This guy knows Stefanski's playcalling inside-out. and that's the main reason he was chosen for the role.

Then there's the Steelers. Pittsburgh were always shaky, but they found ways to win early in the season that belied their true strength. It suggests that momentum is a huge factor for them, but they've lost 4 of their last 5 (admittedly, the last with backups against the Browns) and in their last 6 games have managed scores of 19, 17, 15, 17, 28 and 22.

That's an average of just 19.6 points per game, and as documented in our playoff preview, the Steelers run defense has deteriorated since the loss of Bud Dupree and Devin Bush.

Essentially, if Stefanski was in charge, I would be choosing the Browns in a heartbeat. The fact it's an option at this stage tells you what you need to know.

The favorites will win these games, but the underdogs will cover

On paper (and hence the spread), this is the biggest mismatch of wild card weekend. The Bears have been dreadful for large parts of the year, and even in their 5-0 start to the season, looked unlikely to continue the run for much longer. A subsequent 6 game losing streak took the Bears to the brink of missing out, only to be sparked into life by a QB change back to Mitch Trubisky, and 3 vital wins that saw the Bears sneak into a Wild Card berth.

When compared to the Saints, it's hardly a resumé that inspires confidence. New Orleans have been one of the strongest teams in the league after their slightly unispiring 1-2 start. The Saints found a way to win even without QB Drew Brees and finished with some emphatic wins.

But these two teams met in the midst of these events and the outcome was a narrow 3 point win for the Saints. That was in the middle of the Nick Foles era, with the Saints racking up 5 sacks of Foles.

Since then both teams have improved, but the Bears considerably so. They averaged over 30 points in Trubisky's final 6 game stretch, and the Saints have been less than convincing when playing good teams. They won just one of their 5 matchups against playoff teams by more than 10 points, a 38-3 demolition of the Bucs.

I don't think the Bears will win this game. Mitch Trubisky has too many mistakes in him to put the Saints down, but these Bears have a run game and an offense, don't mistake them for pushovers who will lie down.

Here's the deal. Washington are not a strong offense, and anyone scoring 30 points will likely win against them. They've reached that milestone just once (on Thanksgiving against Dallas) this season.

The flip side of that is how strong the Washington defense is. They haven't allowed more than 20 points in their last 7 games, and have allowed 30 points just once since week 5. That includes wins against fellow playoff teams Seattle and Pittsburgh (when they were good). Washington brings down opposing offenses to their level.

And a compounding factor here? The Bucs have generally played down to the level of opposing defenses. The Rams, the Saints, the Giants and the Bears all held Tampa Bay under 25 points, despite their season average being over 5 points more. The Bucs are not infallible.

This game, quite simply, will be won at the line. Can the Washington defensive line get to Tom Brady through one of the best offensive lines in the league? I don't think they need to do too much to change how Brady plays, and if Mike Evans is as limited as he sounds like he will be, then the Bucs could well be more akin to the team that roundly fluffed it's lines against every good defense it came up against this season.

I see the Bucs getting it done, but I don't think it'll be -9pts easy. The WFT has a chance to win, but the question is whether they have the tools to do so. Smith is hobbled, Terry McLaurin is injured and Antonio Gibson is a question mark. I see them keeping it close by virtue of a great, underrated defense, but the Bucs will ultimately grind out a win.

The favorites will win and cover these games

Our only favorite cover of the week. Risky? Yes. Appropriate? I think so.

The Rams look set to either start a hobbled Jared Goff, or backup John Wolford at QB. Those two facts alone should make people nervous of the Rams.

Seattle are far from perfect. Their second half of the season has been a tale of a potent offense degrading to almost comical impotence, and a league-worst defense improving to one of the best in the league. It's confusing, but what you end up with is a team that we know very well: The Seattle Seahawks.

Yes, we're back here again. A potent defense, an offense that blows hot and cold, and a lot of question marks. On their day, Seattle can beat anybody, but they have lost to the Giants and Rams this season in a fashion that suggests vulnerability. In the second half of the season, they averaged just 20.7 points per game if you discount their 40-3 win over the Jets.

But the Rams are without a healthy NFL QB, and that is going to be a problem against the much-improved Seattle D, which ranked top 5 against the rush all season, and 7th in sacks. Put simply, I trust the Seahawks to ice this game regardless of Goff's availability - and they may even be hoping he plays.