Upset Watch Week 9 2020
Upset Watch is back with an Election Special, where the 'special' element is that we refuse to discuss the Election. 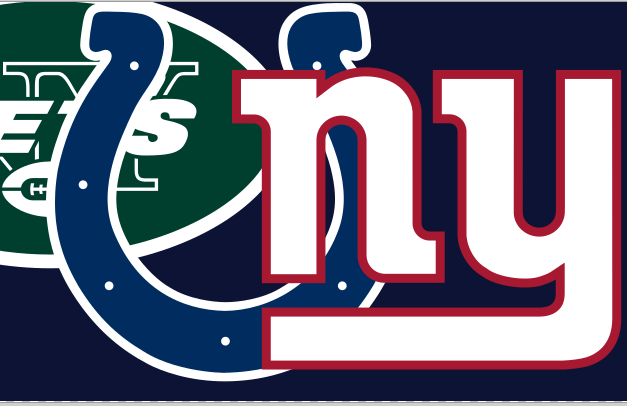 We hit on everything last week except the Patriots to win, which is frustrating as they were mighty close to tying the game up and had some momentum. I guess that's the story of the Pats this season though.

Nonetheless, our season profit on underdog winners moved up to +$836, assuming you put $100 on each of our picks at Draftkings.

We'll be looking to add to that this week with some big underdogs on the slate.

Upsets have been big already this season, with 36% of games ending in the underdog winning and 61.3% of underdogs covering the spread. That means that if you're not picking at least 7 of this week's 14 games as an underdog cover, you're likely not going to do very well unless you nail every pick.

In week 9 we see an uptick in underdog wins, up to 5 on average, and a further 2 underdog covers. Of those picks, the most likely covers come from the batch of games with spreads under 2.5, which encompasses the majority of our picks, but we also have some big underdogs on show this week as we see more and more underdogs winning at a record rate.

The underdogs will win outright

As a Bears fan, I do worry about picking them, but we have seen an offensive fragility to the Titans recently and if ever there is a good matchup for the Bears, it's the Titans. Tennessee don't generate any pressure up front, which massively increases the chances of Nick Foles being able to finally get something working on offense against a team that ranks 27th against the pass and 30th in sacks.

Meanwhile, the Bears defense has still yet to give up more than 26 points in a game and face a Titans offense that has spluttered over the last 3 weeks. Let's not forget that Tennesee were taken to the wire by Houston too - there are offensive and defensive problems for the Titans that are mounting as the season wears on.

Caveat - Matthew Stafford may not play in Sunday's game, but barring a positive test that makes that a reality, I like the Lions here. They lost to a well-rounded Colts team but have largely handled the teams with glaring defensive holes like the Vikings, who allow the 29th most yards passing in the league and an average of 30.6 points per game. For reference, when they beat the Falcons, they were 31st in passing yards allowed and when they beat the Jags they were also at the time ranked 29th in that category. Minnesota has a potent running game and of course that is a factor, but the Lions thrive against this type of defense, something that has been Minnesota's achilles heel all season.

The Raiders have been excellent value all season and have a good matchup against the Chargers. Why are they inderdogs? Well, it's because they have a 'sexy' offense under new QB Justin Herbert, which makes them the kind of team people love to pick. The only issue? They've only managed to beat the Jags and Bengals. Anyone with even a modicum of talent has beaten them, including teams like Carolina and Denver. The issue is not of talent, but of efficiency. The Chargers cannot convert on third down, whether short or long, and the Raiders do. It'll be scrappy, but I like the Raiders here.

I don't feel ok about this pick and want you to know that. Sometimes, you don't love a pick or a team and have reservations, but in this case, while I have doubts about the Colts in the long haul, I cannot see a method for the Ravens to win here. Sure, the Colts haven't played anyone of note which massively skews their defensive stats, but they are exceptionally strong where they need to be to beat Baltimore.

They run the ball and they don't pass it. This, we know, but the Colts are the second best run defense in the league and have allowed only 4 all season. The loss of Ronnie Stanley puts the Ravens immediately into a bad spot, and while I think Philip Rivers will struggle in a relatively low scoring game, the Colts defense will ensure that Lamar Jackson is put under just as much pressure.

This is my pick of the week. The Giants had the reverse game in hand a few weeks ago and squeaked it due to Ron Rivera's 2pt attempt that failed. The Giants have a defense that has steadily maintained it's dominance even when playing far superior opponents. For context, the Giants rank 8th in rushing yards allowed, 14th in points allowed and 7th in sacks. Now conversely, their offense puts them on the field an extraordinary amount, but that too is finally showing signs of life, as the Giants have scored 7 TD's in their last 3 games on offense.

Well, this is it. The day I pick the Jets to win. Why? Because the Patriots are the two most winnable games of the Jets' schedule. The Patriots have been getting worse over the last few weeks and the Jets have just about improved enough to make a fist of this. In the end, the main reason their games have gotten out of hand is an inability to defend the pass, they actually rank relatively well against the run (13th) which is passable. Perhaps criticlaly, the Jets also rely on the run, but the Patriots defend it extremely poorly, 27th in the league poorly, in fact.

Look you're not going to like picking the Jets here and I frankly, don't blame you, but I also equally do not believe that the Patriots are the team they once were. If you put the name 'Jacksonville Jaguars' on the Patriots, people would strongly consider picking the Jets after watching the way the Patriots have imploded recently. At worst, take the Jets to cover +7.

The favorite will win the game, but the underdog will cover the spread

So the Packers should win this one, but the strength of the 49ers is in their defense and the Packers are not quite as strong as this spread suggests. They particularly won't have Aaron Jones back at Running Back and that scares me against a team that ranks so high when defending the pass and the run. Ultimately, I just about think it's too big a stretch for me to pick Nick Mullens to win this one for the Niners, but it wouldn't completely throw me if he did. Mullens has a solid completion percentage, and doesn't limit the Niners in any way, je just throws the odd stupid interception that can turn a game. That said, so did Jimmy G, so don't be surprised if the Niners keep this one super close.

I don't hate Carolina in this matchup, they can cause the Chiefs a lot of problems and I worry greatly about the effect of playing the Jets on Kansas City. In essence, they were given a freebie and I think that Carolina will provide a much sterner test, one which isn't necessarily that well suited to the Chiefs. I don't see this being a high scoring game at all and think that the Panthers may even have a chance to win the game in the final throes, but that said, the Chiefs have proven reliable enough this season to earn our confidence. I'm still saying though, don't be surprised if the Panthers run the ball all day long and cause the Chiefs a lot of problems.

The favorite will win and cover

The Jags were awful in the first matchup of these two teams and gave the Texans their first 2020 win. WIth both seems 1-6, the Jags lose because they're likely to start Jake Luton at QB and that annihilates the one facet of the game (pasing the ball) that they were even remotely competitive in. I won't pontificate on Gardner Minshew any more, but the Jags can do a lot worse and they may find that out on Sunday.

The Bills have a chance here, but the spread is too low for me to consider. I worry that the Seahawks have too strong a passing attack and enough of a run defense (9th) to stop Buffalo, who despite relying on the pass, have been at their best (perversely) against teams that can't defend the run. Whenever a team can, they tighten up and combined with the ability for the Seahawks to simply blow the Bills away on defense, I think this could be very nasty and a bit of a bump for the Bills.

This one was a close shave. I am taking Atlanta because their errors have largely been mental this season. They can't defend the pass, but that's not a major issue against the Broncos and I like the way the Falcons handled the Panthers last week, it took guts and moxy, not two words I've associated with Atlanta for many years. Carolina are a very similar team to the Broncos and I think that for the second consecutive week, the Falcons will come out on top.

No, just no. Let's not mistake the Steelers for the Eagles here and assume that Dallas are somehow competitive now because they 'only' conceded 23 points last week. If Carson Wentz wasn't so inconsistent, the Eagles could have had another 30+ pt blowout like everyone else who has played the Cowboys. They've now lost every game against the spread this season, and would have lost by more than this margin against their last three opponents. Take this and whatever the over is on sacks for the Steelers.

I don't hate the Dolphins and as you may or may not be aware, I picked them to win the AFC East this season, but I do like the new-look Cardinals and the way they've picked up their adaptive gameplan against recent opponents. When they needed passing yards against the Jets, they got them. When they faced a poor run defense in Dallas, they had 261 rushing yards, before 2 weeks ago again taking to the air to beat the Seahawks in a shootout. This team can adapt well, and with a very poor Dolphins pass defense, expect the Cardinals to air it out as Kliff Kingsbury quietly stakes a claim for coach of the year. With Tua Tagovailoa not yet up to NFL speed, I think the Dolphins may have to suck up quite a convincing defeat and move on.

I looked at this one heavily. Two things weigh in the favor of New Orleans, one being the win in the season opener between the two teams, the other being Tampa Bay's propensity to play less-than-stellar football against good defense. What I do believe, however, is that the Saints are much more akin to the Packers than they are the Giants or Bears who have truly strong defenses. Instead, the Saints have largely been reliant on offense and are giving up 28 points per game. On the other side are the dominant Tampa Bay defense, who rank first vs the run and have 28 sacks and 11 interceptions this year. I cannot back the ageing Drew Brees against the Bucs now that they have figured out things on offense, particularly now that there's a possibility of Antonio Brown playing a role in their gameplan.