Upset Watch Week 6 2020
Each week we delve into the week's games to find the best shots at upsets. This week, we're going big... 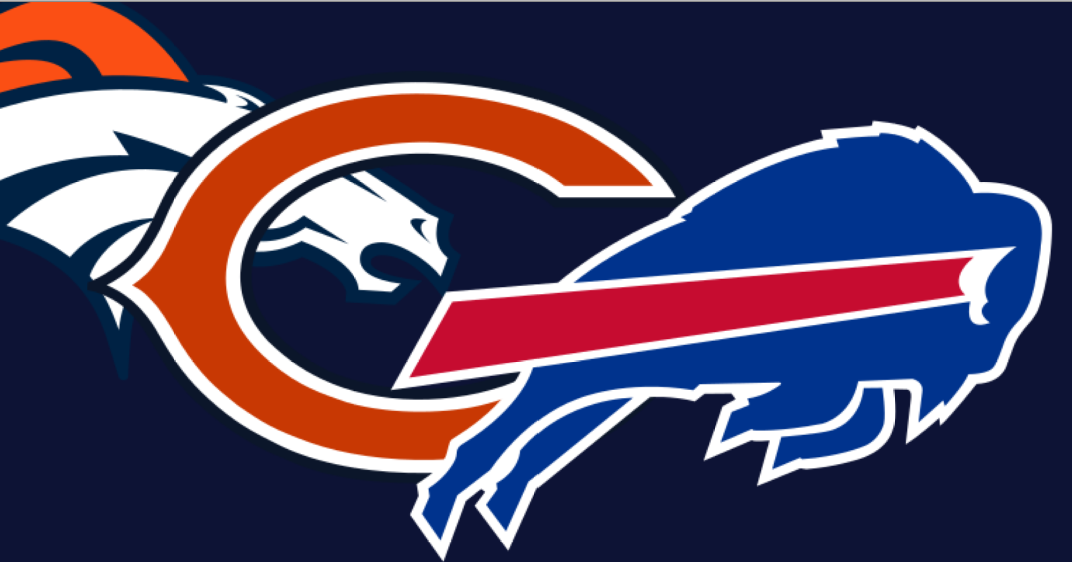 First I want to talk to you about this table. I mentioned it last week and wanted to publish the results from the season so far to impress upon you a pretty simple set of stats

It's pretty simple. Each week we tell you how many games are likely to finish with an underdog covering or winning, and every week, the majority of people continue to pick way less underdogs (or way too many favorites, depending on your outlook).

That's why we love what we do. There is a huge gap between what the majority of people are doing and what our best users are doing. It all begins with knowledge, so let me tell you more about week 6...

This week, based on week 6 patterns over the last 7 years, we predict 5 underdog victories and 8 underdog covers.

Let's also look at this omportant table for week 6, it shows every game where the spread has been under +3 and the results are pretty amazing

As you can see, when a team is under +2.5 this year, it's been likely that they would not only cover, but actually win outright.

Does that mean we pick every underdog under 3 to win? No. But it does mean we give each one more careful consideration as a result of this trend.

One team is also causing havoc with stat trends for bigger spreads too. So far this season, underdogs over +6 have won just 5 of 31 contests. The favorite in three of those games was the 49ers, who quite simply were nowhere near -8.5 favorites last week, nor were they 7 point favorites against the Cardinals in week 1, or 8.5pt favorites against the Eagles in week 4. San Francisco has a big problem.

Discounting games involving the 49ers, only two teams have won vs that big a spread in 27 attempts, Las Vegas against the Chiefs last week, and Jacksonville against Indy in week 1. That means we need to use our big spread powers sparingly and only attack a maximum of one per week. It's a different matter, however, when we talk about covers. In those cases, around a third of games with a spread over +6 end in an underdog cover this year.

These underdogs will win outright

Really? Yes, really. This is my pick of the week and it's because the spread is based upon a situation that no longer exists and the Broncos are better than people give them credit for. Drew Lock will QB the Broncos this week and they've played decent football all year on defense - particularly as they've been on the field a LOT under the immortal Driskel/Rypien dreamteam.

Now the Pats, they're good, but they are not a passing offense and the Broncos are strong against the run, giving up just 2 TD's this season and ranking 13th in rushing yards allowed despite facing teams that are often ahead, looking to close games out. They played very well against the Steelers and Titans and I think the Broncos have a mixture of playmakers and strong defense that matches up better with a Cam Newton Pats team than people will realize, until it's happening in front of their faces on Sunday.

The Browns are the best team that the Steelers have faced offensively. The Steelers rank very highly after playing the Giants (31st) Eagles (23rd) Texans (24th) and Broncos (28th). This is the first time they've played a team with even a top-16 offense, let alone the 4th ranked team averaging 37.5 points per game over their last 4. The hallmark of Steelers wins have largely been grinding down teams without spectacular  and I think it might be tough for them to hang with Cleveland if they get rolling.

Here's the deal - both of these teams are as bad as any on offense, both have reasonably stout defenses. The biggest difference? Washington has recognized it's flaws and adjusted it's QB situation to get better, whereas the Giants are still moving on with Daniel Jones and his zero TD passes since week 1. I think Kyle Allen is a good enough QB to give Washington a chance here.

This is the 'obvious' one. Chicago beat Tampa Bay last week and seemed to find some offensive capability, they have a solid defense and the pattern of their games has been that they really struggled most when overwhelmed by a better defense (Indy). Carolina have kind of been the opposite. I like them and think as I mentioned in preseason, this season will look pretty good compared to what people perhaps believed at one stage, but the Bears have a good chance to win on Sunday.

Oh wow... two losses? for the Chiefs? Well, yes. First off, this is not so much about the Chiefs against the Raiders, as against three of their last four opponents. They struggled against the Chargers in week 2, scraping a 23-20 win. They were unconvincing against a deeply flawed Patriots team in week 4 that had ample opportunity to cause an upset if they had a better QB, before finally losing heavily to Vegas in week 5. The reality is that the Chiefs are... well they're fallible. The Bills are too, of course, but I'm cautious of overreacting to their loss against a Titans team that is actually very good.  I think this one will go to the wire and Buffalo will edge it, with Josh Allen running wild.

The favorite will win these games, but the underdog will cover the spread

I think Cinci are probably broken beyond repair this season and another defensive lineman in DJ Reader going down won't help, but the Colts are not set up to take advantage of them the way you may hope. Indy don't score much, in fact they are 17th and the Bengals 18th in points per game. I think their biggest flaw is that like the Steelers, they can't score particularly quickly, which in turn causes teams to stay in games that should otherwise be over. I fancy a low scoring one here and the Bengals staying closer than

The Eagles have shown enough improvement and the Ravens enough fallibility to make this game a minor question mark. The Ravens D is just great, but their offense has spluttered and I don't like the idea of them being favored by a TD against an offense that has shown the ability to keep the Eagles in contention, even when not winning. Baltimore have gotten progressively worse all season and this may be one they'll be glad to escape with a win from, rather than a blowout.

Ok, this one troubles me. Both teams are a little flawed, but the Rams are in a better position and trending upwards. So why the worry? Well they have not faced an offense capable of scoring any points in their last two games (Giants and Washington) and it worries me that in a divisional game with familiarity, the 49ers may be able to expose some of the bigger flaws in LA's offense and slow them down in ways that a banged up Washington team struggled to do once Kyle Allen got injured. There's a sneaky chance that the 49ers win this one even if Jimmy Garoppolo isn't good to go...

The favorite will win and cover the spread

Um, yeah, this spread could be 5.5 and I'd still go with the Titans. Sure they've sneaked a few, but this, as I said last week, is a complete football team with no weakness. They're solid if occasionally a little unspectacular, whereas the Texans are soft and prone to wild peaks and troughs. They haven't handled losing very well so far, losing to a divisional rival could bring out the worst in them.

It's gonna have to be a no from me dawg. The Jets are a broken football team with a terrible coach, no offense, a backup QB in Joe Flacco who is barely in the league, and they just released their best offensive player. Meanwhile, as I said before the season began, the Dolphins are seriously not a bad team and are still in the AFC East, averaging 31.3 points per game if we discount the season opener. They need a big win here and I think they'll get it if they don't look past the Jets. Which it's easy to do because they're TERRIBLE. 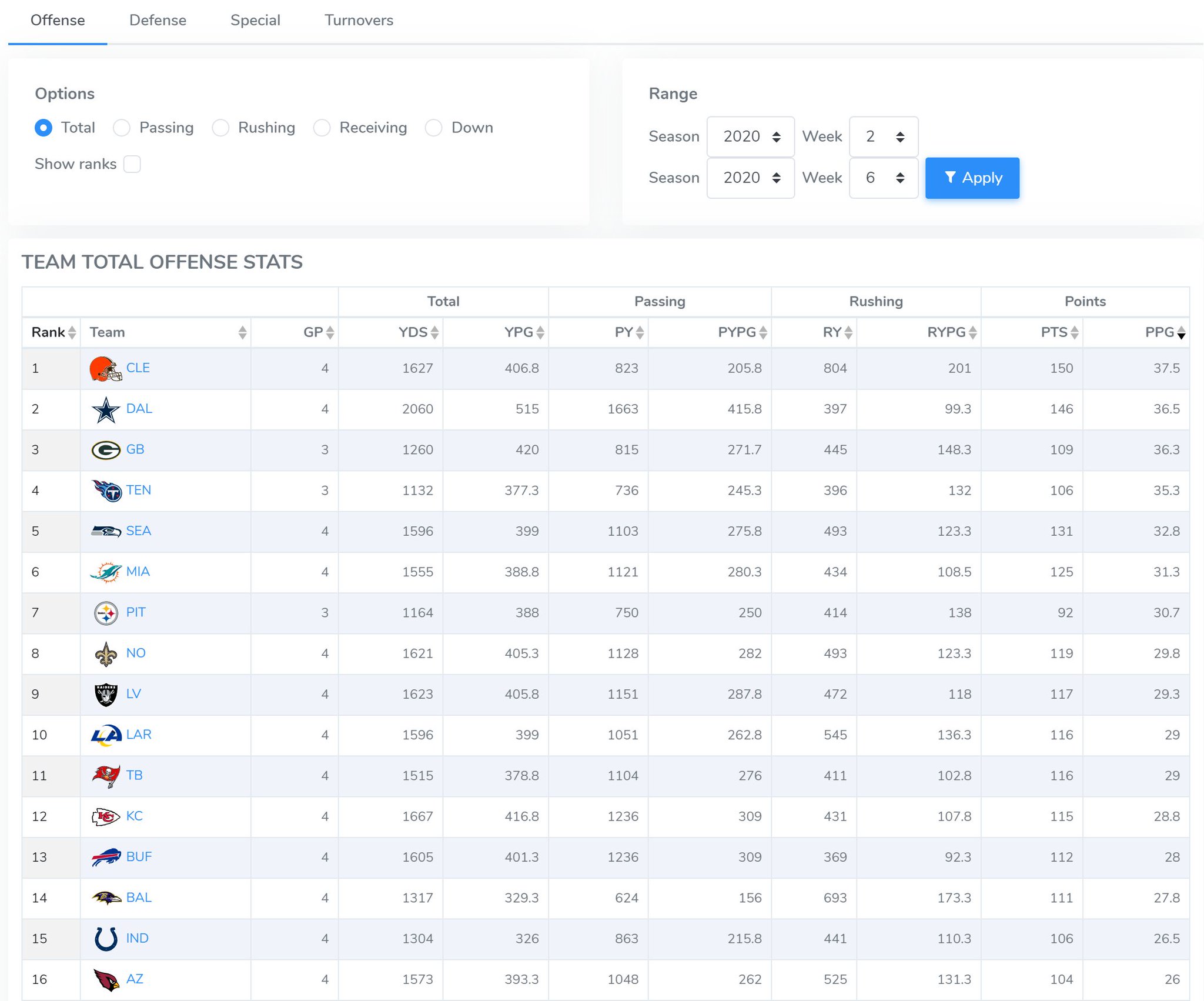 I like the Jags and part of me wants this to be an upset, but their defense is atrocious and only Gardner Minshew's play is saving them from going down in flames this season. This is ostensibly, one of their 'winnable' games, but the Lions match up very well with a strong passing defense. They're also healthier on offense and the Jags don't have the capability to defend the pass... as with Cincinnati, the weaknesses of the Jags just don't play well against this team.

This nearly made it through to the upset category on principle (we know it sure isn't going to be an underdog cover and favorite winner with a -1 spread...) but I believe the Packers are the best team in the NFL right now, whereas the Bucs aren't. By some way. I don't think the Bucs are fundamentally going to become a terrible team overnight, but the Packers are such a good offense, ranked first overall in points and 4th overall in rushing and passing yards. There is no weakness and Aaron Rodgers looks like a man with something to prove.

I think this is a crazy line for Dallas to defend. This team cannot stop the run. It is 31st in the league and as we've seen, was highly reliant on Dak Prescott to almost single-handedly rescue games. That run defense is going up against not only the league's 6th ranked rushing attack, but also against an insanely efficient red zone offense that scores a TD 78% of the time it gets there. I don't think Dallas can handle Kyler Murray, in fact I'd go as far as to say he's the worst possible QB for them to face this week.

The status of these games are currently unknown because of Covid related issues. We'll give a pick now but there is a chance the games will be postponed or teams will be significantly impacted.

Tricky game to pick. Let's assume it goes ahead and the Falcons, unable to practice, head to the Vikings missing their most impressive player on offense. Neither situation is ideal and my worry would be that the Falcons are getting a tiny boost from the firing of Dan Quinn. Counter that with the fact that Quinn was immensely popular with his players and there's very little incentive for Atlanta to play better, as most people generally believe that they under-performed because of Quinn.

I also believe that Alexander Mattison is a potential starter in the NFL and along with Mike Boone, they can still run through Atlanta. This is one to avoid if you're nervous, but take the Vikings if you're picking every game.