After a big week in week 3, Upset Watch is back to select who can overcome the odds in week 4. Oh and the Broncos and Jets play each other so *legally* we have to pick that game too. Sigh. 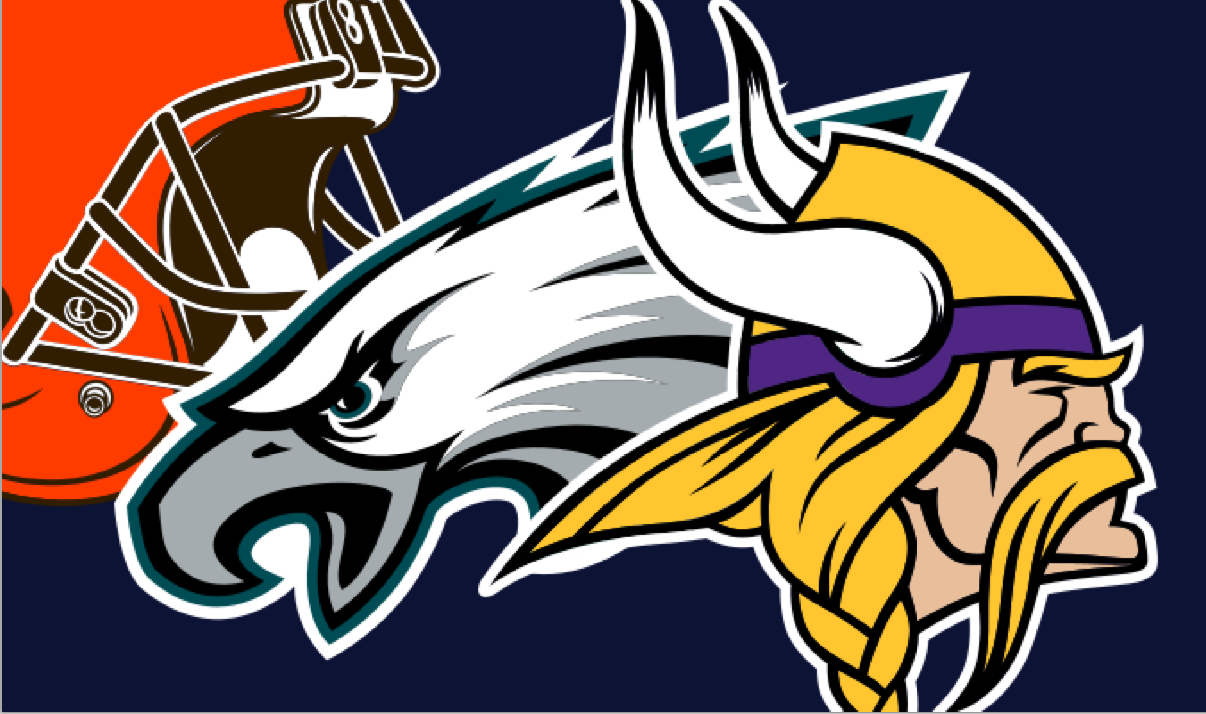 Week 3 went extremely well. We called some big upsets - Green Bay, Chicago and Miami. We were also pretty close with our Rams pick, only to be denied by a classic bogus 4th down PI call that gave Buffalo a chance to win what was actually a great game. We certainly learned from the previous week's lack of upsets and that bodes well for the season. Remember, picking upsets is hard, but it's easier if you know where they're most likely to occur, that's why we trust the data to guide us - because no upset looks more likely than a favorite winning, by definition!

Last week's success was partly due to our methodology - we analyzed patterns, didn't get too caught up in the off weeks, and understood the probabilities involved. As always, our key is to look at the historical weekly trends (ie: how many upsets can we expect in the average week 4) and looking at where those upsets predominantly happen.

Last week reinforced that the size of the spread plays a very prominent role in the likelihood of upsets. We identified that the reason for week 2's lack of upsets was the lack of games that traditionally end with underdogs winning outright. That is going to be our primary methodology in week 4 too.

On average there are 5.9 underdog outright victories in week 4 over the last 7 seasons. The high is 8 last year, the low 3. That means we're taking 6 underdogs to win and based on the same methodology for covers, we'll pick one more team to cover but not win as 7.3 underdogs usually cover the spread in week 4 each season.

In addition, there is always a big underdog who wins, but not too big. Spreads over 7 points yielded an underdog winning record of 2-17 in the first 4 weeks last season, but on average, around a third of those games do end in underdogs winning over the years. We're going to pick a two bigger spread winners and another to cover. Edit: We updated our picks to include a Covid-impacted game - these games will be treated as separate from our 'normal' methodology during the season, meaning we will switch based on the Covid scenario that develops (ie: Cam Newton not playing) rather than stats from previous years.

Upset of the week. The Colts are not a good team and have been flattered by their recent opponents (one of which still beat them). The Bears are not a good team, but they have done enough to suggest that this is not a foregone conclusion. I would expect the Bears to get serious pressure on Philip Rivers and for the passing offense to be a much sterner test of the Colts than (checks notes) the Jets. This is one that will look like an obvious upset after the game and everyone will be unsure, as they watch Rivers throw his third pick to end the game, why they were so high on the Colts.

The Raiders were outmatched last week against the Patriots, but they are a sneakily good offense who will cause Buffalo enormous problems in this game. The Bills are actually not super-strong running the all, which is a weakness of the Raiders, but they also don't stop the pass well, which is where Las Vegas has made it's headway so far this season. One thing we might guess is that with both sides averaging over 29 points per game so far, it's a contender for a shootout... but I don't think it will be. I see this being a really low scoring game, with the Raiders winning it.

Look, I don't want to pick the Jets, they have been bottom of my power rankings and bottom of literally everything I have written this season. Just think, I told you to take the Jets under 6.5 wins this season. That was golden advice. Anyway, I'm not saying they won't win at all in 2020 and this is realistically, their best shot. A Broncos team with their 3rd string QB, somehow favored on the road... I hate the Jets and Adam Gase, he needs to go. Honestly, now that I've thought about it I'm beginning to waver on this one based on how hard the Broncos have played in all of their games, but I just think the Jets will find a way, somehow, to get this one over the line. And then fire Gase.

Now this I like. The Vikings against the Texans is really not a +3.5 type o' game, in fact when you look at the way the Vikes have managed to score points this season, it's been with their top 10 running game. I see that matching up well against the (checks notes again...) 32nd ranked running defense of the Texans. They just can't stop anything, and if we've seen one thing proven over the years, it's that bad run defense is almost always terminal for a team against any kind of decent run game.

Saturday Covid update - we originally picked the Saints to cover, but assuming this game takes place, there is enough craziness in the air (literally) with the Saints to suggest the Lions are good value here. Their play improved considerably last week and at worst, it may be a tight loss. I won't say anything about Drew Brees being completely finished in this blurb. Promise. But he is and he's costing the Saints games by being unable to do anything other than dump off to Alvin Kamara.

This one sneaked into the upsets because the teams are so diametrically opposed, but the Dallas defense is a bomb scare. The Browns D is not exactly a powerhouse, but it is better in every major metric and particularly in their rushing defense. The Cowboys rank 30th in points allowed, 28th in passing yards and 23rd in rushing yards. My worry would be that they cannot stop the Chubb/Hunt combination. And hopefully they don't like anagrams either. The Cowboys desperately need to address their run game to get anything from this matchup.

This is the big one, the shocker. Before you roll your eyes, consider this: We've committed to picking a spread over 7, and that means literally anyone we pick will look like lunacy. All underdog picks do until they win, and then everyone says 'oh yeah... I saw it coming'. Well the Eagles, despite their utter lack of redeeming features, may present a test for the Nick Mullens-led Niners. Back to back wins against the Jets and Giants don't mean anything, and while the Eagles have some flaws that make them a contender for the worst record in the NFC East (a grand claim) they have an offense that is constantly trying big plays. The Niners pass rush has been hurt by the loss of Nick Bosa and since their 8 sack debacle in the opener, Philly have actually been ok at avoiding the rush. I see this as a close one that the Eagles find a way to win.

The underdogs will cover the spread, but the favorites will win the game

Atlanta (+7.5) @ Green Bay I like the Falcons to stay in this game. They're clearly lacking morale, but that doesn't mean they're irredeemable and while the Packers can likely win, I don't think the Falcons are beyond a touchdown difference, particularly not with a strong passing attack that can actually keep them scoring garbage time points. Packers win, Falcons cover.

The favorites will win these games and cover the spread

Pittsburgh (-1) @ Tennessee (postponed) I'd guess this doesn't get played until later in the season, but if it's played on Monday or Tuesday, I'm taking Pittsburgh.

Jacksonville @ Cincinnati (-3) My gut was the Jags, but they match up AWFULLY with the Bengals and will allow the Bengals a run game for the first time this season. Burrow's first win (after his first tie). LA Chargers @ Tampa Bay (-7)

The Chargers don't look capable of stopping or starting much and the Bucs are hitting a groove. I can see Brady getting sacked more than once though.

I like Miami but this is a bridge too far. This isn't the '1 point win Seahawks' of last year, they are very much controlling games and winning big.

This could be a close game, but the spread is in Arizona's favor... just. I worry about Kyler Murray in big games, but he will be too much for the Panthers.

New England @ Kansas City (-7) (Monday) KC come into this as the dominant force in the NFL. Bill Belichick and Andy Reid are 50-50 with each other over the last 7 years, but the Chiefs can beat the Pats more ways than the reverse is true. This could be a true changing of the guard moment. In light of Cam Newton's diagnosis, there is little realistic chance of the Pats scoring enough points to win this game.