Upset Watch Week 3
In our weekly look at every game, we ask why there were only two upsets in week 2 of the 2020 season. Time to get on the favorites? Not entirely... 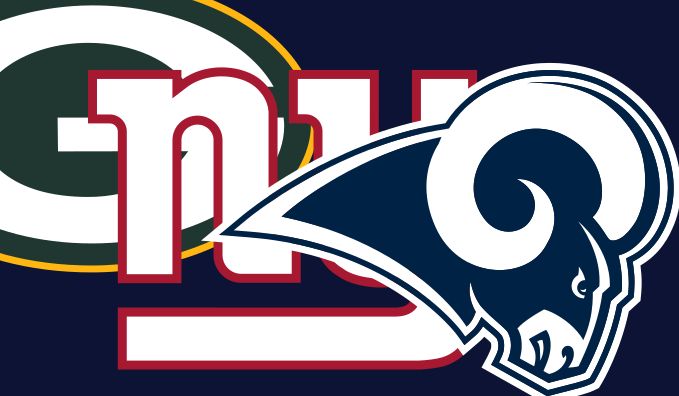 You win some and you lose some. That's the nature of predicting upsets. It takes a thick skin to predict the underdogs winning. When you get them right, you get a lot of credit (see also: our Raiders pick last week) but when there are only two underdogs who win in a game week?

My biggest takeaway from week 2?

It's easy to look at the raw numbers and ask whether Covid-19 is influencing the lack of upsets this year, with only 8 in the first two weeks. That's the lowest number since 2013, in fact since then, the average has been 12.3 underdog wins over the first 2 weeks.

But I don't think that's the case. For starters, week 2 is an anomaly on it's own. In the last 7 seasons, there has never been a game week between weeks 1-4 that had so few underdogs win as last week. In fact, it's only happened twice between weeks 1-8 in that time span.

Why? Because every team is playing hard in the first half of the season. Every team still has a chance at a winning season. As it goes on, teams play a little softer, the games get less competitive.

But there's something else.

Last week emphasised a really important factor in upsets - the spread. Last year, underdogs facing a spread of +3.5 points or lower went 26-29 straight up over the first 8 weeks of the season, or in other words, 47% of underdogs could be expected to win.

When that spread got over 3.5?

So the chances of getting underdog wins is very closely tied to this number. It is not an accident - ultimately the spread is one of the very clear ways we can understand whether a team is good or not. When it's higher, the chances are that everyone, fans, bookmakers, sharps and commentators, is aligned on how bad they are.

In summary, we can do a better job paying attention to the likelihood of upsets based on the circumstances that teams find themselves in. Expecting massive underdogs to beat the league's best teams will result in failure 3/4 of the time.

Of those games, we'll want the majority of outright upsets (4) to be spreads under 4, with the other 2 picked from the remaining games.

I've also move the format around this week to emphasise the underdog picks.

Miami (+3) @ Jacksonville (Thursday) This is a pick I have some faith in. Both teams are playing well enough to warrant some optimism, but neither has played well enough to be a dominant favorite and the spread is probably just right. It does seem likely to come down to a single possession at the end of the game, and in that position, I think the way Miami have stepped up as games go on will stand them in good stead tonight.

I moved the 49ers down my power rankings this week, and not for no reason. Nick Mullens will likely start for them at QB and that gives the edge to the Giants. This league is so fickle in terms of talent that the idea of the 49ers swanning into Metlife stadium and winning without Jimmy Garoppolo is just not something I can get on board with.

Upset of the week. I wouldn't be surprised if this line moved much closer to the Rams over the course of the weekend, such is the disparity here. The Rams are a rapid defensive front and that will be a mismatch for Josh Allen. I liked the way Allen went to the air last week, but I give the edge to the Rams by some way here. Their running game in particular is a strength that may tip the balance in their favor, averaging 172 yards per game with a relatively mediocre selection of backfield talent.

Do I love the Bears here? No. The big risk here is that Atlanta are way better than 0-2 and the Bears are way worse than 2-0, but the Falcons are so lop-sided. Look at their spiderweb from our game hub: 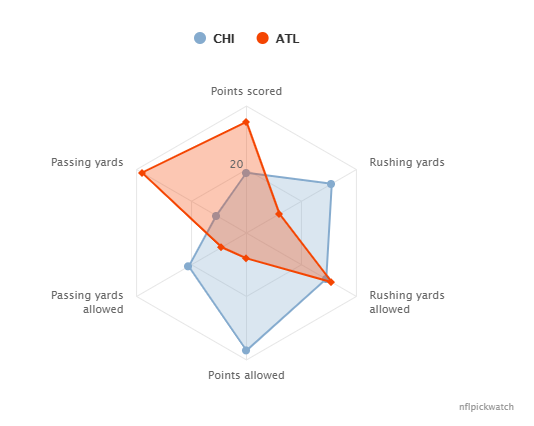 Of course my big thing here is how shell shocked the Falcons could be after last week. They played well and were utterly destroyed by bad play and poor coaching. They're ripe for an upset and the Bears could end up being the surprise 3-0 team of the moment.

Huge upset possibilities in LA this week. The Panthers are not great, but the Chargers have put up just 18 points per game this season and go in with rookie backup Justin Herbert - and all the game film that entails after his start last week. There is a lot to be said for the Panthers moving away from their reliance on their best player (Christian McCaffrey) and the safety blanket he has provided for their QB's over the last few years, and I think there's a good chance for the Panthers to notch their first win.

This was a difficult call. I hovered around the Chiefs as the final pick here, but I don't like them on the road against the league's best defense. I equally do like the league's best offense against a team that is giving up a lot of points and passing touchdowns. I've made my feelings on the Saints clear enough, but to reiterate, Drew Brees is at the end of the road, and a loss against Green Bay would not be a huge shock. The spiderweb shows that these teams are incredibly well matched, but the Saints running game is the glaring inequality between the two. Brees has nobody to take the edge off his decline, which I sense may be hastened by Sunday's game. 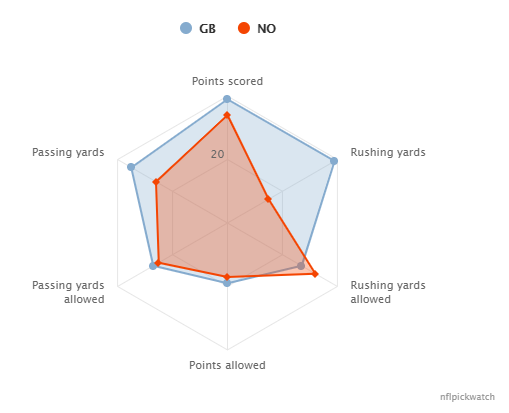 The underdogs will cover the spread, but the favorites will win the game