The penultimate week of the season is upon us, let's pick some more underdogs to win this Christmas 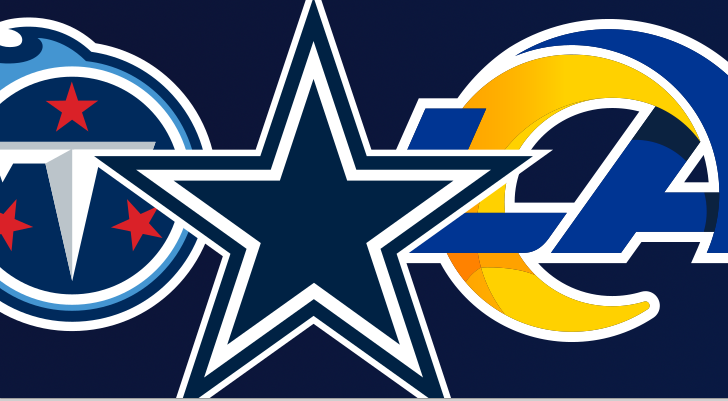 Welcome to the week 16 edition of Upset Watch, where I pick winners from the week's slate of underdogs. You only need to hit on 1 or 2 of these and you can make a huge profit in so many ways, and we've been great so far this season.

Before we go on, let's talk about Pickwatch Pro. Last week we launched and already hundreds of you have joined our revolution. We're so proud of what we've achieved, but this is just the foundation that we will be building on, not only in the NFL, but across all sports.

By way of thanks, this week you can get all the benefits of Pickwatch Pro for just $4.99 from now through until the Super Bowl on Feb 7th (or after if it is delayed).

If you're an existing user who has subscribed at full price, we've sent you a code by email (check your spam folder!) that will also give you 25% off your next subscription, whether that is monthly or at the end of your annual membership this time next year.

Now on with Upset Watch!

We had an ok week last time out, making a small profit.

Getting the Bears and Chargers straight up and the Panthers ATS was enough to overcome missing on the Pats, Eagles and Giants. That said, there were other upsets to be had, albeit ones we wouldn't have picked with much certainty, as the likes of Cincinnati won.

I was disappointed to miss on the Jets win however. As some of you know, I have been higher on the Jets than most and felt this victory was long overdue, but doing it against the Rams was a surprise.

This week, we'll be picking exactly 5.0 underdogs to win, and exactly 8.0 underdogs to cover, That's the precise averages over the last 7 years of week 16 games, with no extraordinary peaks or troughs in either. Yes, weirdly, despite a lot of teams having little to play for, week 16 is... just another week.

This is where people will sleep on the Steelers. These two teams are on opposite trajectories as the season comes to a close, but the Colts have had a relatively benign schedule over the last few weeks, while the Steelers have something to prove. They're also - somehow - still not assured of the division win, and a loss here will almost certainly give the Browns hope of a first title since... I mean it's been a while.

The Colts are going to have their work cut out to run the ball as effectively as they did against the Texans (twice) and the Raiders. Getting that running game has been critical to the success of Indy this season, they've lost 3 of the 4 games they failed to get over 100 yards rushing, and the 4th was a narrow escape against the Bengals.

Carolina are a better team than Washington with Dwayne Haskins at QB. Interestingly, the Washington...s haven't allowed more than 20pts in their last 5 outings, but the Panthers have had a tough schedule recently that belies that they have been competitive against the likes of Green Bay, Kansas City, Minnesota and New Orleans. This is a very close call, but I don't think Washington can put up enough points to defend against an underrated Panthers offensive unit.

I've been on Philly recently, but let's not sleep on the Cowboys, who are still very much in the hunt for the division win and playoffs-by-default position.

Philadelphia have improved markedly on offense with Jalen Hurts as QB. There should be very little question that he has earned a shot at starting next season as things stand, but the Cowboys have become a better defensive unit of late, and while they still can't stop the run, their games are rarely decided by that alone - they've won just 1 game of their 5 while stopping their opponents running the ball, and still gave up 2 rushing TD's in that game (vs NYG week 5)

I'm on the Cowboys because the Eagles are profligate with the ball even with Hurts, while the Cowboys have found a way to beat the teams around them. That is critical, and why I still believe they can win the division.

Tight, but the 32nd ranked pass defense (Seattle) is going to struggle all day long against a relatively balanced Sean McVay offense, one that has beaten the Seahawks in 4 of their last 5 meetings and lost the other one by a single point in week 5 of last season.

The Rams have been lazy. They seem to lack motivation in games they should win, whereas when they are under pressure, they step it up. That includes the last meeting of these two teams, where they took down the Seahawks as underdogs again. I like them to rebound here after a ridiculous loss to the Jets last week.

Our final underdog win of the week comes in Green Bay, where both teams have had relatively easy recent schedules, but the Titans have hit a groove, as the Packers stumble over the line. There's a lot at stake for Tennessee here, a win is essential to have a realistic chance of winning the AFC South, and the playoffs are not even guaranteed yet.

Meanwhile, Green Bay are home and dry in the NFC North, and as Aaron Rodgers said last week, if they play like they did against the likes of Carolina and Detroit, they are going to be in for a rude awakening in January. Unfortunately for the Packers, they also come up against a team that has become arguably the best all round offense of the moment, scoring 19 touchdowns in their last 4 outings alone, and scoring multiple touchdowns in every single game of the season. The Packers are going to lead this game at points, but the Titans have something in them, a moxy that is steamrollering even better defenses like Indiy, Baltimore and Chicago. The Packers, for all they are stout on defense, are not in that class.

Of course this wasn't originally a pick, but the news that all of the Browns receivers will miss the game because of Covid means you have to be on this. The Browns will run the ball a lot and it may still be close, but losing a position group is a big deal and will likely give the Jets a very good chance to win with long odds. In short, you're a fool if you're not all over this.

The underdogs will cover the spread, but the favorites will win these games

I don't like Houston here, this could well be an upset. The Bengals have momentum and no small amount of talent on defense. The Texans are a mess defensively and I don't think they can stop the Bengals keeping it close, and possibly having a chance to win in the dying moments.

I hate this line for Baltimore, because they're a great running team against a great defense. I know the Giants are struggling with Colt McCoy, but Daniel Jones is back and practicing, with all indications that he will play. With Jones in the lineup, the Giants have been super competitive against the Seahawks, Bucs, Cowboys (with Dak), Rams and Bears. 11 points is simply way too many for a team that is just as likely to shut down the Ravens as the reverse.

I mean this is another huge contender for an upset. If you pick any of these games as a winner rather than just a cover, make it this one, because the Chiefs have failed to turn up against a bunch of teams they should have easily beaten, like the Broncos, Dolphins and Panthers. In fact, they haven't won a game by more than 6 points since November 1st against the Jets. Atlanta just won't go away in any game they play, and I think the Chiefs allow enough big passing plays to make this way, way more likely to be an upset if the Falcons defense can maintain it's relatively good play over the last 5 games (giving up just 20.4 points per game in that period).

The favorites will win and cover the spread in these games

Strength vs strength - the Saints will have to be mindful of wearing down against Dalvin Cook and co, but I think Sean Payton will relish the opportunity to play against this defense, and also the amount of pressure that his team will generate on Kirk Cousins. When Cousins is hurried, he is awful, and I think he'll be adding to his 13 interceptions this season against the 5th ranked pass rush.

Honestly, it wouldn't surprise me if the Lions ended up racing out to a 14-17pt lead, that's how unpredictable they are. But if we're being realistic, the Bucs can clinch with this win and I think the Lions are ready to fold, particularly without their coaches (a very real probability). I'd at very least be grabbing this line while it's this low.

A messy game that may be interesting, but I can't back a CJ Beathard 49ers team. The Cardinals are probably not going to be convincing in this game, and the spread is less than helpful, but I don't see the Niners keeping up stretches of good play all game, or having the ability to come from behind if Arizona managers to get a 10 point lead.

This should be a tighter game, but the teams are going in opposite directions. I'm surprised the line is just -3, I think the Dolphins are big favorites here and will relish the ability to make game-changing defensive plays against a QB returning from injury, who has a habit of turning the ball over. Defensive struggle, but Dolphins win.

The Jags are a mess, and there should be no way they win this game, but Chicago are still Chicago, and two wins against the Vikes and Texans doesn't make them infallible. The line is almost perfect - I just don't see the Jags having the serious ability to stop Chicago moving the ball - they haven't scored more than 25pts since October, while the Bears have been averaging 34 a game...

Oh Denver. Has any team had so many completely miserable losses? Last week's against the Bills typified a team that can't take advantage of opportunities and frankly, is now at arguably a worse point than it was in the offseason. Is Drew Lock the answer? Probably not. They're averaging 19.7ppg, and that's now a 'true' average, for Lock, he has not improved it at all, in fact the Broncos are last in the league with 21 interceptions, 13 of which are Lock's, contrubuting to their (also league worst) -18 turnover differential. Chargers win. Handily.

I looked hard at this one. Is it an emotional game? Is it a trap? Did anyone really think we'd ever call New England a 'trap' for Buffalo again? Maybe not. Either way, I came to one conclusion: The Patriots are done, and losing Stephon Gilmore at this point is catastrophic when coming up against a team that is firing on all cylinders offensively. Part of the problem for  New England is that the Bills are a terrible matchup for them, based on recent form. The Pats are a strong running team and a weak run defense. The Bills have averaged 134.8 yards on the ground in the last 4 weeks, and are second in the league over the same stretch on defense, giving up just 84.5ypg on the ground. More importantly, whenever their run game has been strong, it's been complimented by Josh Allen's almost flawless passing play.

This game may set tongues wagging about the future of the Patriots.