Week 11 usually indicates a lull in the glut of upsets so far, but will it be different in 2020? 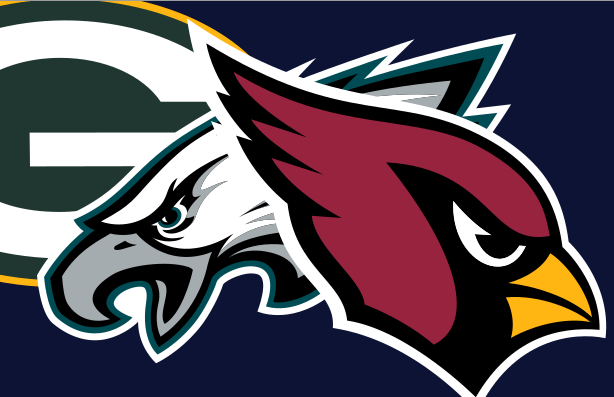 Welcome to week 11's edition of Upset Watch. It's been a great season, and in the background we're working hard on new features for Pickwatch, both in the NFL and other sports (we'll keep that between me and you). Rest assured, we're working hard to improve the quality and quantity of information around the site, as well as working to bring our community together.

Week 11 is ordinarily the week that signifies the turn in upset frequency. In the past seven years, there have been an average of just 3.4 upsets each week, or in real terms, just 25% of games.

That's a staggeringly low percentage and one to be wary of. This season Upsets are trending higher and we want to err on the higher end of that figure, despite (and in part, because of) last week's 2-underdog score.

As the season wears on, don't be surprised to see less underdog picks in this column. The NFL often follows a relatively simple formula - the majority of upsets occur earlier in the season, before teams are knocked out of contention. It doesn't mean there aren't sporadic 'big' weeks where there'll be upsets galore, but we'll stick at least within the general range of our statistical guide.

I'm a huge fan of Seattle and think they are still very much in contention for a long playoff run, but the way the Cardinals are playing, and the way that they have handled teams like Buffalo and the Seahawks has been eye-opening. The Cards are league leaders in points per game, total yards per game and rushing yards per game over the last 5 weeks, while in that same time period, the Seahawks rank last in points allowed, and passing yards allowed.*

Of course it'll be close, it always is between these two, but right now it would be hard to make a case that these two teams aren't trending in opposite directions.

* You can actually check these types of stats on our team stats page, by changing the week range - click here to try it!

As someone once said: Do I not like this. The Bengals have the worst all-round defense in the entire league, ranking 30th in pass and rush yards allowed, and not having any particular strength at all. Washington are the polar opposite, with an abysmal offense that cannot get started.

What is the difference? Washington are struggling to put points on the board and needed a very fortuitous set of circumstances to hit a season high 27 points last week. The Bengals have hit that number in 3 of their last 4 games - against better teams than any that Washington have been competitive against. I like Cincinnati here, they have the best time of possession in the NFL and will not be caught napping by Alex Smith throwing the ball better than expected.

The Riskiest pick of the week? Possibly. It's easy to look at Green Bay's two losses (vs Minnesota, @ Tampa Bay) where they were resoundingly beaten and think that this team is inconsistent or prone to big failures, but that's unfair. They've convincingly beaten the Saints, Falcons and 49ers and well... everyone else.

The Colts are coming alive at the right time, but let's not re-write their recent history. They lost to the Ravens and Browns. While the Titans were brushed aside last week, there is a world of difference between the Packers and literally any offense the Colts have faced all season. For context, the average passing yards ranking of each team the Colts played over the first 9 games of the season? 23.3. The Packers are a top 10 - arguably top 3 on the right day - passing attack. Road win.

The biggest call... shouldn't be. The Eagles have struggled to win, but bit to score. The Browns have scored 10 or less points in 3 of their last 4 games and average a paltry 15 points per game since week 6. Even their vaunted rushing attack has been a let down over that period.

I don't love the Eagles - quite the opposite - but they will shut down the Browns passing attack. While it's possible the Browns find their run game again, there's a great chance that this ends up in the Eagles being able to throw the ball and the Browns being left behind. The way that Cleveland have played over the last few games, I don't trust that they can reach a points total over 20.

The temptation here is to back the Chargers because they're just objectively the better team, but I saw enough improvement in the Jets to believe they can win a game this season, and this is yet another big opportunity against the 2-7 Chargers. Unfortunately, I think the Chargers are playing bad enough to let the Jets have half a chance, but well enough to squeak a win. That works for us with a spread of +8.5 though.

This almost made it to the Upset category. We don't know what the Saints will look like with Jameis Winston playing QB, but it may take some time to calibrate their offense to the new signal-caller. The Falcons have a bit of momentum, winning 3 of their last 4 games and showing signs that they will play hard for interim coach Raheem Morris. In essence, neither of these things alone would be enough to swing this entirely towards Atlanta, but with both, I think there's a pretty good chance that Atlanta wins this game, and +5 vs the spread is a no-brainer.

I don't see Jacksonville maintaining their somewhat unlikely good form against the Steelers defense that ranks first in sacks (36 on the year, so 4 per game) and second in interceptions. They're playing against a rookie who had the element of surprise on his side, but this defense has proven in every game this season that they're the most fearsome, reliable unit in the NFL - no matter who the opponent. I think this could be a (famous last words here...) big blowout for Pittsburgh. I'd take them at -15.

This could be a close game, but I like New England to carry on their momentum, whilst conversely, the Texans look bereft of confidence. Their run defense - arguably the main thing any team playing New England must have to win - is their biggest weakness (they rank 32nd in rushing yards allowed) and they are a mess in the red zone on both sides of the ball. New England could have a winning record were it not for a couple of plays going wrong, and I like them to make short work of Houston.

Injuries may play a role in this game. I'm going to assume that Matthew Stafford and Teddy Bridgewater both do not play, because it's likely neither team wants to risk exacerbating a problem they have in what are both losing seasons, barring some miracles. On balance, PJ Walker has a better chance of causing the Lions problems as a backup than Chase Daniel, who we have already seen is a very mediocre game manager who frankly, is easy to gameplan for. There is a chance both QB's or just one play, but unless Stafford practices all week from Thursday, I'd be inclined to say even if he played, Walker could get the win for Carolina.

Tennessee are a good team and Baltimore can be flaky, but the Tennessee defense has been very poor and is not particularly well set up to beat Baltimore. Taking Tennesee vs the spread is a close call, I don't think they're bereft of talent or ability, but I do think that right now, the Titans are in the biggest slump they've had since Ryan Tannehill took over at QB and facing a stout, aggressive defense like the Ravens is not an ideal way to break that run.

The NFL's worst run defense, against what is currently it's best running attack. The Vikings have found form at an unlikely time of the season and more than most, can see a path to the playoffs if they can string a couple of wins together. The Cowboys can too, but only because the NFC East is fundamentally broken. Andy Dalton will start for Dallas, but I like the Vikings to rack up 200+ rush ing yards in this game.

I don't think Drew Lock will play in this game and frankly, people should have pushed this spread out to -5 by kickoff if that is the case. The Denver defense has been ok this season, but as was proven earlier in the season, they cannot win games alone and need Lock to at least be competent in order to win. Miami can go level with the Bills at 7-3 at the top of the AFC East with a win, and they look very capable of doing just that on recent form.

Ok, so the Raiders won in KC, that does help the Raiders, but equally it is likely a huge motivation for a team that has looked at times this season like it has struggled to get angry at opponents. The Chiefs are coming off a bye week and have a point to prove, neither of which bode well for Vegas. The Raiders have one core advantage - the ability to run the ball, but the problem they will have is that KC can relentlessly expose their weak pass D and lack of pass rush. It's not that Vegas will be a complete pushover - I expect them to score - but I think in the end a 10 point victory for the Chiefs sounds more likely than a 3 point victory.

What a game to end on. You really could make a case for either of these teams, but I think the Bucs are probably just that little more explosive. Both defenses figure to be a major factor, and we saw how good the Rams D could be against Seattle, but I think if I had to pick a QB to handle an oppressive D  out of Tom Brady and Jared Goff, it would be the guy who handled the Rams D back in the 2019 Super Bowl. The Rams are no pushovers, but they are prone to inconsistency. This season, they have not scored 20 points in back to back games since weeks 1 and 2. Their last game? A 23-17 win over the Seahawks...