Upset Watch Week 10 2020
Back once agains for another week of big calls. This week, we're picking some huge upsets, in one of the season's tradtional underdog hotspots... 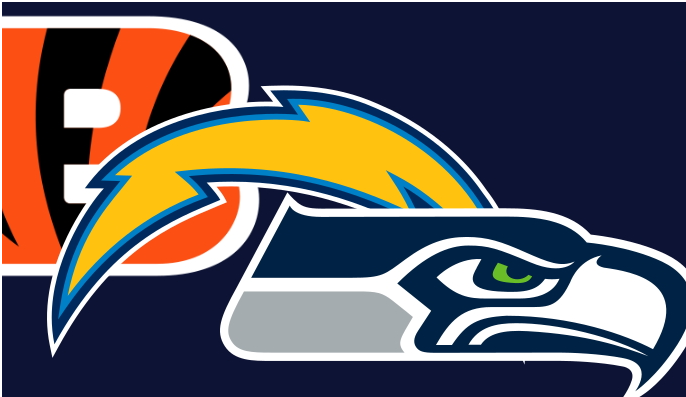 With an average of 6.3 upsets in the past 7 years, week 10 presents us with a fantastic proposition. For reference, that's the second highest total in the season so far, with only week 2's average of 6.4 beating it.

As a percentage of games, however, week 10 is even higher than week 2 (which always has 16 games in the schedule except in very extreme circumstances). The average of 6.3 represents over 45% of the games played in week 10, whereas the 6.4 in week 2 means 40% of games played that week end in an underdog victory.

So with 14 games on this week's slate, we will be choosing 6 underdog winners and 2 further underdog covers, with an average of 7.7 expected.

Tennessee had the game in hand last week against the Bears, but that's a very different team to Indianapolis, who have not lost back to back games yet this season. Of particular worry for the Titans will be the stout Colts run defense, which has the potential to shut down Derrick Henry, and their own lackluster passing defense. The Titans haven't scored more than 24 points in any of their last 3 outings and have just 7 sacks on the season, a number unlikely to improve against the best pass protecting line in football.

Here is the big call. First off, this is largely based on two things. Number one is Ben Roethlisberger who is clearly injured and not in a 'mild concern' way, but in a way that suggests he is not many hits away from missing extended game time. Yeah, I know, Ben, injuries, he'll probably be fine. Probably. But if Ben is playing on two gimpy knees, after a week without practice on the Covid-19 list? There's never a better time to get on the underdog, especially with Cincinnati coming off a confidence-boosting win against the Titans before their bye week.

This one is interesting because their previous meeting was just 3 weeks ago and resulted in a narrow Philadelphia win by 1 point, 21-22. Since then, both teams have won games against weaker opposition, with Philadelphia knocking off DiNucci's Cowboys and the Giants beating Alex Smith and co in Washington. Neither has looked much good against winning teams, but I find the way the Giants have played recently to be evidence of progress. This is a team that averaged just 11.8 points in their first 4 games, but in their last 4, that's almost doubled to 21.5.

Meanwhile, if you think the Eagles are a free-scoring offense, think again. They managed just 23 against the remnants of Dallas, and had just 103 yards passing in that game. My feeling is that the Giants have enough to cause a stir here. Neither team inspires much confidence, so we're taking the team that has trended upwards the most recently.

This pick interests me a lot because I think the spread is way, way too high. The Raiders have won 3 of their last 4, but they've been close to losing against the Chargers and they weren't exactly convincing when they beat the Browns 16-6. The Broncos haven't won against the Raiders on the road for nearly 5 years, but that's been through some pretty bad times and some worse QB's (Osweiler, Siemian, Flacco, Allen, Lynch). Drew Lock has a talented team around him and it feels like the Broncos have begun to harness that. At very worst, I suggest taking the cover for the Broncos, but for the brave among us, the win is going to be very possible and I think this will come down to the last play of the game.

I had a choice between two games for this pick - Buffalo in Arizona, or the Chargers in Miami. Both have spreads under 3 (which is a significant statistical sign that the game could be won by the underdog), but in the end I've plumped for the Chargers and will explain why I couldn't back the Bills later.

The problem I have with Miami and Tua is this - they're improving, yes, but the really big plays are coming on defense. Remember The Dolphins would not have won either of their last two games without those significant defensive plays (and two touchdowns). As much as I like them, I think they've been riding their luck for too long and the Chargers have a significant statistical advantage on both sides of the ball. The Chargers should arguably have won their last 4 games, rather than just one of them. They've had a shot to win all 4 against some good teams. I think this is where they come good.

I think this is a closer pick than you'd think, but if the Seahawks are who I believe they are, this will be a statement of intent. The Rams are coming off the back of one of the worst performances of the Sean McVey era, a 28-17 loss to the aformentioned Dolphins where everything that could go wrong, did.

Even with a stifling defense like the Rams on the table, I like the Seahawks to re-establish themselves as the best team in the NFC and the Rams offense is too erratic to trust in a divisional game with that kind of motivation for their opponent. This will probably end up with Seattle as slight favorites by kickoff, so you may want to get on it early.

The favorites will win these games, but the underdogs will cover

Jake Luton earms our trust here. The Jags played a solid game last week and had a shot at a win against the Texans. That doesn't mean they will have the same experience in Green Bay, but it does mean that they have a chance to get within 2 scores, and that does count for something at least. Green Bay have been up and down of late, but this is one where 10 points would feel about right, rather than 13.

I don't think last week's Saints walloping of the Bucs was a fair reflection of either team's true ability, which makes it hard for me to see the Saints throwing all over the 4th best passing defense in the league. Does that mean the 49ers will win? No, probably not, but I think 9 points is a lot for a genuinely good defense and an offense that isn't as bad as their game against the Packers indicated last week.

The favorites will win these games and cover the spread

Sorry WFT fans, I don't see Alex Smith being adept enough to win a full game of football. If the Lions take away anything over 10 yards, Smith just can't make those throws. I predict a big game for the Lions D that is absolutely not representative of how they'd play against anyone else.

Cleveland haven't been great, but the disfunction continues off the field in Houston with the firing of well-regarded PR head Amy Palcic. The organization is rotten to the core and frankly, the Texans' inability to put a dagger in the Jags should be a pretty clear indicator that they aren't ready for a team like Cleveland. For the Browns, the key will be mistake-free football but a spread low enough to be enticing and the return of RB Nick Chubb makes this a home win for me.

Long time readers will know hard it is for me to pick against the Panthers in these situations. I think they're undervalued and that Teddy Bridgewater is EASILY good enough to beat this team, but without Christian McCaffrey that's a tough test and no matter how well they have played without him, winning has been hard. The Bucs are coming off their worst performance... maybe since the 70s, but they've put up 30+ points after both of their earlier losses this season, including 31 against the Panthers in week 2. I like them to win by 7.

Two good teams, both of which make a good habit of mirroring their opponents and exploiting their weaknesses. The Cardinals in particular are adept at running when they need to, yet have the capability to turn into a high-octane passing attack when needed. The same can be said of the Bills to a slightly lesser degree, but they have won their last 3 games

I had pegged this as a Bills win, but the more you see of these two teams, the clearer it is that unless the Bills are able to play a perfect game, as they did last week against Seattle, the Cardinals have far and away a much better chance of winning this game by over a touchdown. They particularly have the ability to exploit the weaker Bills run defense and score on 76% of their trips to the red zone. Kyler Murray can tear this Bills team apart with his legs and his arm.

The Pats aren't as hopeless as made out at times, but they aren't good enough to take on an aggressive defense like the Ravens, who rank first in points allowed, while the Pats rank 29th in points for. It's not a good combination and indicates the Pats will be lucky to get more than two TD's all game. The Ravens can run all night on New England and their porous run defense will not stop them. You know how many passing TD's the Pats have this year? 3. It just isn't a good matchup for them and I see a big Ravens win in the offing.

This one pains me. As a Bears fan, I think that Matt Nagy should be back with Mitch Trubisky - I'd even go as far as to say he probably shouldn't have been benched, certainly not for Nick Foles who is equally as bad, if not worse. The Bears defense is a lot better than the Vikings, but the prolem is that the Bears cannot run the ball at all and on the other side, here we have the league's best running back, Dalvin Cook, coming off two huge games. Unless Chicago developed an offense this week in practice, Cook will be the dictating rhythm in a game featuring two inconsistent QBs and a total void in the Chicago backfield.

PS: You'll likely hear a lot of chatter about Kirk Cousins and his terrible MNF record. This is true. The difference this season is that the Vikings figured out a month ago that getting Cousins to throw the ball is not a game-winning strategy. I don't expect him to be the dominant factor until the Bears start to devote too much attention to Cook.