Upset Watch Divisional Round 2020-2021
4 Divisional round games, 4 potential upsets, but which underdogs will cause a stir? 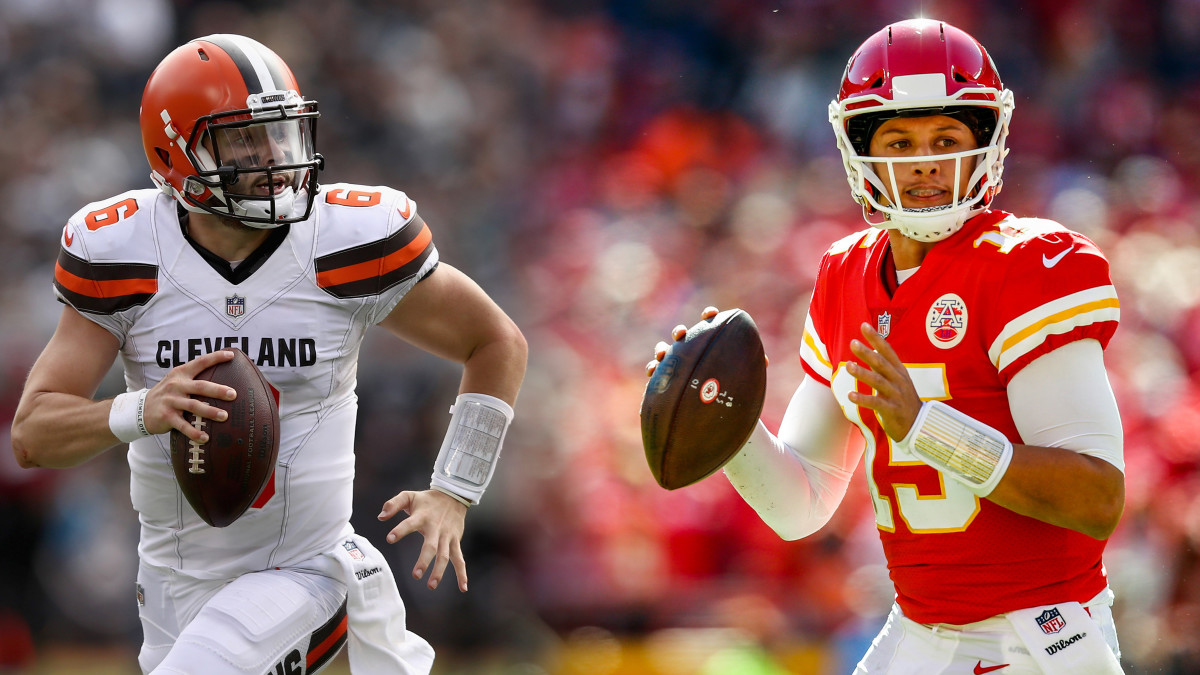 The divisional round sorts the wheat from the chaff. The last 6 years have seen just 7 underdogs win and 17 lose, so we're looking at an average of just 1 each season. There have been instances of two or even three underdogs winning, but there have equally been instances where none won.

With two of this week's slate having a spread below 3 points, how relevant are the series of mismatches we've seen over the last 6 years, when only 3 games have been played with a spread of +2.5 or less? I would argue that the 2-1 record of underdogs in those games is more important than the performance of teams expected to lose by more than a touchdown.

Translation? This may look like a week to sit out, but there is a good reason to look at spreads that are smaller as a significant indicator of an upset.

One thing counting against us is that road teams are also a complete bust in the divisional round. Road teams are just 5-19 over the last 6 years, and in the last 3 seasons, just 2 of the 12 games have ended in an away team victory. With all 4 road teams underdogs this week, it's going to be tough to take two to win...

This one will go to the wire, it's almost written in the stars, isn't it?

But even if we take out a gut feel or emotional sense that these two teams are destined to play out a classic, the way they have evolved over the season indicates that they will be trading punches all night.

Counting against the Bucs? They lost both matchups in the regular season, and the second was a ridiculous 38-3 Sunday night blowout where they failed miserably to get anything going at all. Tom Brady threw  3 interceptions, the Saints were 31-0 up at half time. It was that type of game.

Since that point, the Bucs have not had a similar loss (in fact, they hadn't had one to that point either), marking it down as a similar anomaly to the way they beat the Packers 38-10, just 3 weeks prior.

But what of the Saints?

New Orleans is right up there near the top of the pile. At worst, they're the 4th best team in the NFL, you could make a case as high as 2nd, if you were so inclined. Their defense is top 5 in many key areas, and they also rank first in time of possession. We saw last week against Chicago that they are not perfect, and stopping the run - which Tampa Bay do better than any team in the NFL - is key. Their two losses in Weeks 14 and 15 to Philadelphia and Kansas City both saw the Saints fail to gain 100 yards rushing. That only happened once in the rest of the season (a nail-biter against the Chargers).

My feeling here is that the Bucs have not only the ability to stop the Saints, but also the momentum (a five game winning streak averaging nearly 36 points per game) and motivation to prove that the game in week 9 was a fluke. I also think, just once more, that Brady will have a moment that reminds us that nobody does it better in the postseason, even when he's counted out.

A tough pick. Both of these teams were relatively fortunate to escape unscathed in the Wild Card round, and Buffalo in particular cut it extremely fine against the Colts. But for a fortuitous fumble recovery after a Josh Allen fumble, the likelihood is that this game is being played between Baltimore and Indy.

But that's how the NFL goes, it's not a linear path and sometimes a single moment will define the other 59:59 of play.

I have a huge concern with Buffalo - their defense. Last week against the Bills, they gave up 163 rushing yards, the third time in four games that they gave up over 140 yards rushing. They've given up monster rushing games in defeats to the Titans, Cardinals and Chiefs, who combined for 12 TD's between them, 6 of which were on the ground.

And therein lies the problem. The Ravens are, we know, the ultimate running team. They average 262 yards per game since week 13, and average over 2 rushing TD's a game. The Bills rank 27th with 22 rushing TD's allowed this season.

Buffalo are a great team, they can pass better than almost any opponent the Ravens will face, but Baltimore has a defense that is on another level to even the strong Colts.

I see the Ravens winning here and doing so convincingly. Whether the run sets up the pass, or whether Lamar Jackson and co. get it done on the ground, their offense is a great match for the Bills defense, and I think this is where the journey ends for Buffalo and Josh Allen.

The underdogs will cover these games, but the favorites will win

This one was almost a full upset pick. The Browns have a run offense that could well be kryptonite for the Chiefs, who have been weak against the run and have not generated enough pressure up front to suggest they will harangue Baker Mayfield into bad decisions.

But I'm not quite ready to take the Browns yet. The Chiefs are the defending champs, but this is their remit. They're 1-7 vs the spread over their last 8 games, but they're 7-1 straight up. This is a team that isn't currently blowing out decent opposition, instead they are getting narrow wins where it counts.

The Chiefs starters have essentially had 3 weeks without a game by the time they play the Browns. How will that impact them? Well, it could be a factor. Remember that last season, the Chiefs stank it up in the first half against Houston, and were down 21-0 after a quarter. They rebounded to be leading by the end of the second quarter, and won easily, but the rustiness on both sides of the ball could be an issue early on.

The Chiefs should pull a win out. They have too many passing weapons against a bottom-third pass defense not to, but they have struggled against worse opposition, in fact it's almost like it's built into them to make life difficult for themselves.

Put it this way, the Browns will have a chance in this game, and if - unlike Houston - they can keep their pedal to the floor, they have a chance for an all-time great upset. Take them to cover the +10 spread against a Chiefs team that is far from perfect, even when they win.

The favorites will win and cover these games

The Rams are not pushovers. They are the best defense in the NFL, ranking first (not in the top 5, literally the best) in points allowed, pass yards allowed, pass TD's allowed and sacks. They are playing at a level that defies belief, particularly when you consider that their offense has rarely carried it's weight this season.

But the Seahawks and Packers are two markedly different teams. As we documented last week, Seattle hit the playoffs having ranked 27th in passing over the second half of the season. They were on the slide long before last week, and had Jared Goff's injury status (or lack of...) been clearer, the Rams made an obvious upset choice.

Green Bay have more points per game than any team in the NFL, they have scored 48 passing TD's and Aaron Rodgers has thrown just 5 interceptions all season - both league best. The Packers also lead the league in two efficiency categories that I consider hugely important. First, they convert 80% of their red zone trips into a TD. Second, they are second in the league at converting on third down (almost 40% of the time).

It says everything about Rodgers that he is almost certainly the league MVP in a year dominated by high scoring, despite the Packers running less passing plays than most of the league. Indeed, Green Bay finished the regular season ranked 9th in passing yards, despite running the 7th fewest passing plays of any team. In short, this is an all-world offense.

And at some point, a defense needs an offense. Again, this will not be easy for the Packers, but they are a better defense than Seattle. They will look at the -1 turnover differential that the Rams have accrued this season as an indicator that Goff is vulnerable and likely to give them at least 1 interception or fumble with which to work with.

As much as the Rams are good, last week was only their second 30pt game since week 5, and it came because of a pick-6 by the defense. The Rams would need more than one of those plays to get close to an offense averaging 31.8 per game, and I don't see the league's most effective, but also safest, offense giving them those easy scores.