Upset Watch Conference Championship Round 2020-21
It's the penultimate week of the 2020 NFL season. The Packers and Bucs will square off for the NFC, while the Chiefs and Bills try to win the AFC. Here's who we have to win... 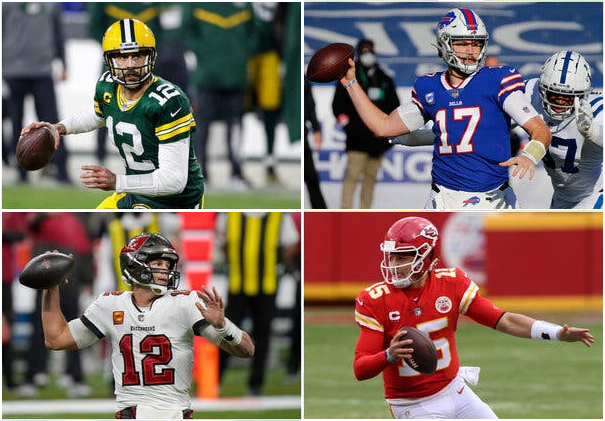 As with the Divisional round of games, there is a distinct pattern that is easy to decipher when we analyze the Conference championships. Let's start simply though: underdogs are 4-8 over the last 6 years.

The home team is almost always the favorite - no surprises there, but only 2 of the last 12 games at this stage have involved a road favorite. For the record, both of those road favorites lost to home underdogs.

So with two home favorites, our next port of call is to look at what impact the spread has on the outcome. Perhaps unsurprisingly, this is where we hit gold:

As you can see, the chances of underdogs winning is hugely impacted by the spread being +3 or less - in fact, underdogs have won 4 of the 5 games in that category. With the Bills at +3 this week, that's a very strong tick in their favor.

Why does this happen? Pretty simply, because the home advantage for 'big' favorites is playing a disproportionate role in how we see home advantage in every playoff game. If we take the raw stat of favorites winning - 8-4 - it suggests that they have an inherent advantage just by virtue of being favored.

But the opposite is true. Good teams with a clear advantage over their opponents do tend to win, but underdogs in games where the matchup is more even are likely to be at least as good, if not better than the favored team. The +3 spread indicates that people are not only close to believing in the underdog, but also skeptical of the favorite. 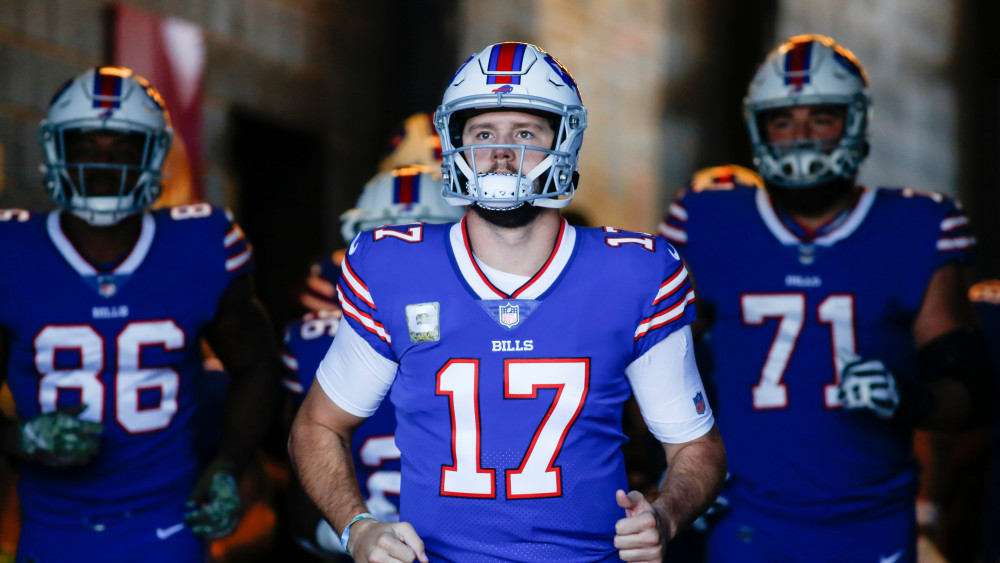 This pick is dictated by two factors: Firstly that we're inclined to look very strongly at these low spread teams who outperform their status as underdogs. That's something that demonstrably gives the Bills a trend in their favor, as detailed above.

But beyond that, they would have been a pick for other statistical and form reasons.

Something important to note about the two teams? They're almost identical. They both rank top 5 in points and passing, both have mediocre (barely existent) run games, and on defense, both give up 22.3 points per game, with the majority of their weakness being against the run.

So in essence, they are close enough to be almost inseparable. Anything you think one can do to the other, the other can do equally as well.

Now, these two teams have played each other, and despite being two of the highest scoring teams in the league, the game ended 26-17 in favor of the home team, the Chiefs.

This was far and away the worst passing game of Buffalo's season, but it was compounded by allowing the Chiefs to gain an incredible 245yds rushing, their highest of the season by a considerable way. Clyde Edwards-Helaire alone had 161 yards on the ground. In summary? This game was a huge anomaly for both teams.

And the question today? Will the same happen again?

The only reasonable answer, is no. Since that game, the Bills seem to have understood that their power is in the passing game. Against Baltimore last week they ran just one running play by starting RB Devin Singletary in the entire first half. This is a team that is beat up, but also knows it doesn't have to run to win the game.

But what of the Chiefs? Again, things have changed. Edward-Helaire is injured and could be inactive again this Sunday, leaving the running game competent, but not '245 yards' competent. Even if Edwards-Helaire plays, will he be the guy who carries the load?

Patrick Mahomes suffered a strange, game-ending concussion against Cleveland last week that has to give rise to at least some cause for concern given the Chiefs have been far from convincing in the latter half of the season. Not only that, but I think people are forgetting that he also appeared to suffer a bad foot injury before the concussion that hobbled him and would leave him less effective when running the ball.

I think the Bills will pass all game long again, but I also think the Chiefs will try to run the ball and fail. Buffalo gave up 150 yards rushing last week against the Ravens - the lowest the Ravens had achieved since week 11. Of course, it's easier to commit to the run against a bad passing team, but it appears that an essential part of the Chiefs' ability to beat Buffalo is tied to a run game that is missing it's best piece, and also has a commander-in-chief (Chiefs?) who is right now, an unknown quantity.

I'm taking Buffalo to win outright. With so much working in favor of the Bills, this is far and away my pick of the week. 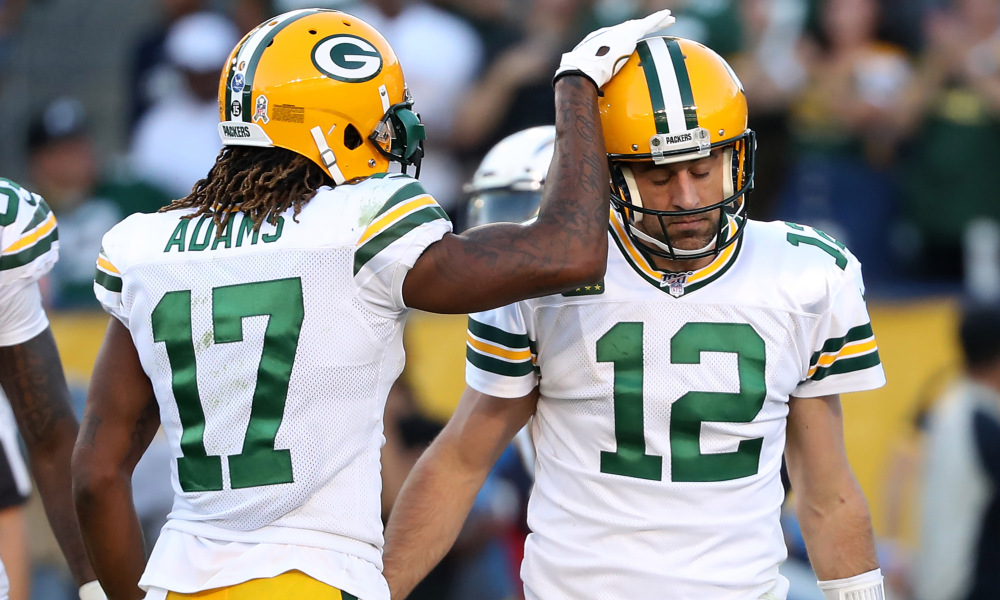 The Battle of the Bays is another close game, but I believe the outcome will be very different, not only to the AFC game, but also to the first meeting of these two teams that ended in a conclusive 38-10 victory for the Bucs.

By now, the idea that regular season wins indicate that a team is likely to win a repeat matchup should have been put to bed. The Bucs themselves beat the Saints last week, after a similar scoreline (38-3) had gone against them during the regular season. Elsewhere, the Browns and Rams have overcome defeats by divisional opponents to win in the playoffs.

So we don't discount what we learned from that game, but as we did with the AFC title game, we simply ask whether the same is likely to occur again.

There are two areas where I believe the Bucs are lacking. Firstly, their passing defense has considerably dropped off since the early season. Against the best offense in the league, with the most passing TD's and arguably the game's best QB-WR duo (Aaron Rodgers to Davante Adams), that weakness could be terminal.

And on the other side of the ball, there's the running game - or lack thereof. The Bucs rank a startling 27th in rushing yards, a critical factor in a game that is expected to see snowfall during the game. Not having a bell cow - or even a cow - to run the ball is going to be an issue for any team in such conditions, but it's even worse when considering that Antonio Brown - scorer of 5 touchdowns in the previous 4 weeks - left the game against the Saints and is likely at best limited this week.

Mike Evans, their best receiver, is also limited in practice this week (albeit as our friends at Rotowire note, this is likely to manage his workload). He will likely play, but Evans has dropped off a cliff in terms of consistency. He has 3 TD's in the last 6 games and had just 3 receptions for 3 yards last week. At best, he is an unknown quantity, at worst, Brown's loss will leave the Bucs without their most in-form receiver, and make them rely on a player carrying a limiting injury, in the snow.

On the other side of the ball is Aaron Rodgers and a Green Bay offense that leads the league in points scored. Rodgers is the clear MVP, and Adams arguably the offensive player of the year, but it is the three-headed monster of Aaron Jones, Jamaal Williams and A.J. Dillon that will be a huge factor on Sunday.

The Bucs are the best run defense in the league, but in the cold and snow, the Packers are masters at passing and running. Look at the game against Tennessee on Monday night in week 16. The snowy conditions obliterated the Titans, but the Packers had 4 passing and 2 rushing TD's, as well as 234 yards on the ground. Even when the weather suggested running the ball, the Packers still did their damage through the air.

It is unusual for a team to get so far with so little hype, but the Packers were not even the best team in the NFC for the first part of the year, and for some reason that initial impression seems to liner in peoples' minds. The Seahawks, Chiefs and Ravens have all stumbled as the season went on, yet the Packers continually improved, and get marginally less credit.

I am taking the Packers to win, and to do so convincingly. I think they'll cover the spread and use both the pass and run to expose a Bucs defense that has been vulnerable to exactly the type of team that the Packers are.