Tennessee Titans vs. Baltimore Ravens: How To Bet Thursday's Preseason Action
Why the Titans will snap the Ravens' historic win streak tonight. 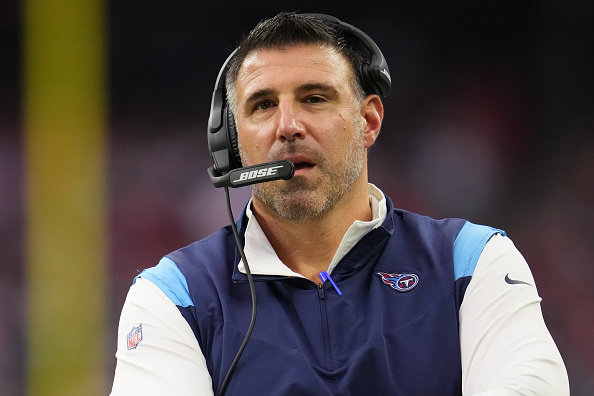 The preseason is in full swing as the Tennessee Titans will take on the Baltimore Ravens, who enter this game with one of the more impressive streaks in the NFL.

Under John Harbaugh, the Ravens have won 20-straight preseason games (an NFL record), and they have been favored in every single one of those games. Not only do they refuse to lose in games that do not matter, they have been a covering machine, going 17-2-1 ATS during their streak.

However, Baltimore will be very thin tonight as the majority of their starters will sit out tonight, including Lamar Jackson and Mark Andrews on the offensive side of the ball and Marlon Humphrey and Marcus Williams on the defensive side of the ball. Tennessee has not announced their game plan tonight, but they are expected to give some of their veterans a series or two.

This is a water-downed version of both teams, but it is still football dammit, and I cannot wait to watch, enjoy, and place a few wagers tonight. We would love for you to tail our picks, we just ask that you do so responsibly.

As I said above, do not expect to see a lot of starters for either team tonight, especially for Baltimore. The Ravens are coming off a season where the majority of their production went on the IR, including practically all of their running backs. The Ravens' running attack is so critical to their success, especially with Jackson's speed, and you could see how flat their offense would get last season.

Even with Jackson out, Baltimore has the edge at QB with Tyler Huntley. Although he was only 1-2 as a starter last season, Huntley looked very impressive in this offense. On the other side, it is unclear if Ryan Tannehill or Derrick Henry will play tonight, but even if they do, it will probably only be for a series or two.

Harbaugh has dominated the preseason, with a 40-12 record, but I think there is a lot of value with the Titans in this game. The Ravens are still feeling the pain from last season when every single soul that entered that building got hurt, so they are going to be cautious this season, and let the bubble guys get a lot of run. The Titans, on the other hand, will have more talent on the field from start to finish.

It may be dumb given Baltimore's history of dominance in the preseason, but I will take the Boys (S/O Will Compton and Taylor Lewan) tonight.