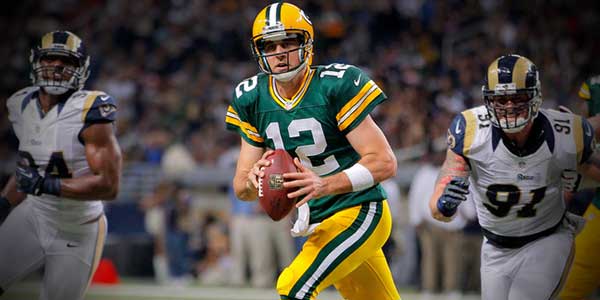 Are the Lions going to be atrocious in 2021? Almost certainly, but there’s a chasm between what people thought the Lions looked like with former quarterback Matthew Stafford and wide receiver Kenny Golladay than what the Lions actually looked like...which was still pretty bad.

Here are the expectations for the Lions this season: a lot of teaching from a coaching staff full of people who have been there before, a defense that will struggle, but not historically so and an offense that will move the ball in spurts but isn’t going to bend any defenses let alone break them. Anything more would take a superhuman effort from a handful of unexpected players.

If everything (and I mean everything) goes right for the Bears this season, we’re talking a seamless transition into the first real quarterback of the future they’ve had since...um, 1939? We’re also looking at a potential Top 5 defense and an almost certain return to the playoffs. That, however, is only if everything goes right.

The offensive line is suspect and the depth there is nonexistent. On the defensive side of the ball, the loss of former defensive coordinator Chuck Pagano is going to have an impact (although I am a fan of current DC Sean Desai) but, again, the depth is worrisome and I don’t love the loss of cornerback Kyle Fuller. With a slip up here and there, this team is right back at or around mediocre.

Overall, one of the most talented rosters in the NFL...then there’s QB Kirk Cousins. In many ways, the Vikings have some of the same issues as the Bears above. The offensive line is in shambles and the defense is going to be asked to win a lot of these ball games. Where they separate from the Bears, however, is the juice they have on offense. When healthy, running back Dalvin Cook is one of the most potent weapons in the NFL and the receiver corps is fantastic.

Still, the chances these two positions are swapped at the end of the season is extremely possible. Cook going down for any extended time would put the Vikings in the top of the draft conversation.

QB Aaron Rodgers is, by far, my pick to take the MVP award this season if not only because he’ll be playing with a massive chip on his shoulder—arguably one he put there himself. While much has been made over the last few years about the “lack of help” Rodgers has, he has one of the most impressive offensive lines and skill position groups around him of any Top QB.

Maybe more importantly for the Packers success, Rodgers isn’t tasked with needing to be as good as he is. In most matchups, the Packers running game and defense can do most of the heavy lifting. With another year in Head Coach Matt LaFleur’s offense, the sky's the limit for this team.