Pickwatch 2020 Round table - Part 2, Super Bowl LV Preview
In Part 2 of our round table, we discuss Super Bowl LV between the Chiefs and Buccaneers. Can Tom Brady add to his legend, or will Patrick Mahomes set himself on a path for greatness? 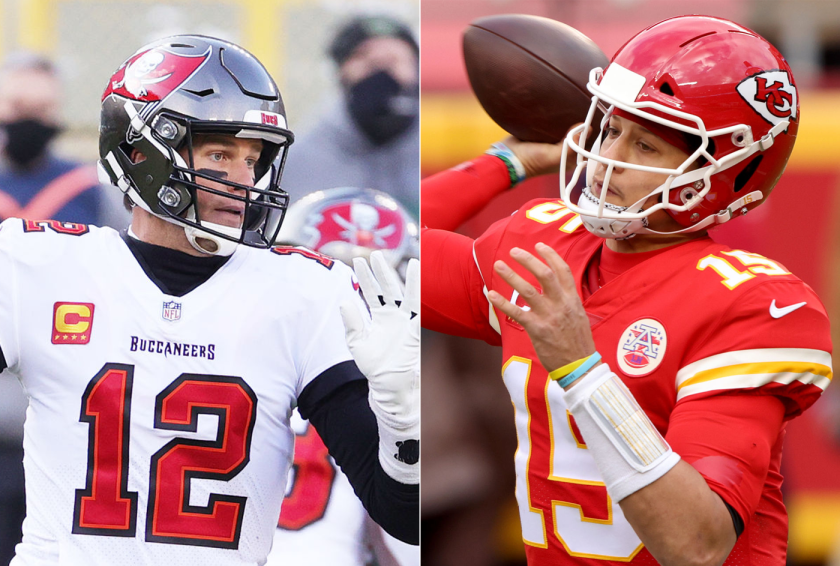 Last week we talked about the 2020 season, the dizzying highs and seemingly interminable lows, but that is the past. This Sunday, the Chiefs will head to Tampa Bay to take on the first ever home Super Bowl team, the Buccaneers. Who will win? Our panel weigh in with their unsung heroes and score predictions...

Part 1 of our round table is available here

KC Joyner - Founder at The Football Scientist, contributor to Pickwatch and formerly of ESPN. One of the most accurate expert pickers in the industry

Christian d'Andrea - Co-founder of The Post Route, formerly of SB Nation and regular season champ on Pickwatch in 2020

Shaun Lowrie: Looking at the bigger picture, if Brady manages this, there’s nothing left to do, right? I mean… maybe he just walks away?

KC Joyner: John Madden once pointed out that when it comes to winning Super Bowls there are two types of people. The first type wins one and then says, hey, I’ve climbed that mountain. It was great, I enjoyed the heck out of the climb but now that I’ve done that, it’s time to find another mountain to climb. The second type of person is just as motivated about climbing the mountain a second time and third time as they were about climbing it the first time.

Brady is the epitome of the second type of person. He’s like the Pittsburgh Steelers 1970s teams that won four Super Bowls and then said we’ve got a ring for each finger on one hand - now we need to win one for the thumb! He’s also like Walter Payton, Emmitt Smith, and Jerry Rice, three GOATs who all said they wanted to set the bar so high that the next person would have to break his back trying to beat their record. I don’t see Brady retiring until his body just won’t let him do this anymore.

Christian d'Andrea: The man said he’s playing until he’s 45 and, in this scenario, just won a Super Bowl after throwing for 4,600+ yards and 40 regular season touchdowns. I’m inclined to take him at his word, and the Bucs would love to have him back.

Michael Schottey: I’m not sure Brady ever “walks away” if it is up to him. His terms are going to be playing until he’s 85 or until his arm just literally falls off. So, I think he plays next season and beyond as long as an injury doesn’t stand in his way. And, let’s take this one step further: when he finally *is* done playing, I think he steps right onto an NFL sideline as a coach. Frankly, I think one or two NFL teams would hire him as a head coach today.

SL: Back to reality for a moment… how on earth do the Bucs win this game?

KC: Run. The. Ball. The Chiefs do not handle power rushing games very well. They would much rather a team try to throw against their ball hawking defense, as it maximizes the value of Steve Spagnuolo’s creative coverage schemes. Tampa Bay has two potentially crushing power backs in Leonard Fournette and Ronald Jones and they should aim to wear down the Kansas City defense early and put them away late.

This approach would also protect a Tampa Bay defense that gave up a combined 46 points and nearly 700 offensive yards versus a banged up Washington offense piloted by a fourth string quarterback and a New Orleans offense slowed by injuries to Drew Brees and Michael Thomas and missing Latavius Murray and Taysom Hill.

CDA: By pressuring Mahomes, generating turnovers, and getting a throwback Tom Brady Super Bowl performance. Brady’s typically good for at least one baffling, awful throw per playoff game, so Tampa will have to hope the Chiefs fail to take advantage of that. And Fournette/Jones will have to carry the offense in stretches to ward off the blitzes and packed secondaries that can rattle the Bucs’ passing game.

MS: Defensively is the only way the Bucs win this game because they can’t go toe-to-toe in a shootout. I like KC’s point about running the ball and controlling the clock to that end as well (and they did that to some extent against Aaron Rodgers), but the defense needs to be on point in a big way. Devin White should be a household name by now, and I think he will be after this game.

SL: Brady, Mahomes, Hill, Evans and co get all the credit, but who are the unsung heroes on these two teams?

KC: Per pro-football-reference.com, the Chiefs defense finished fifth in interceptions, ninth in turnover drive percentage, ninth in percentage of drives ending in a score, and 11th in yards per completion. Most of that was due to the aforementioned ball hawking secondary, which makes it a platoon that Tom Brady will have to take care in attacking.

For the Bucs the unsung hero would have to be Ronald Jones. He missed two games and shared the workload with Fournette on some occasions yet still placed 13th among running backs in scrimmage yards this season.

CDA: We saw what happened when Brady was forced to deal with pressure in the second half of his NFC title game win in Green Bay. He owes every member of his offensive line a new truck, especially after they pushed him -- a 43-year-old man who runs like a frostbite victim -- to a career-low 3.3 percent sack rate. The Chiefs are a little tougher to parse through because they’re more of a star-driven enterprise, so let’s go with offensive coordinator Eric Bieniemy … who isn’t unsung but somehow keeps getting passed up when the annual head coaching carousel starts spinning (WHAT THE HELL, TEXANS).

MS: Going back to the Bucs defense here… Devin White is the big one, but far from the only one. Shaq Barrett, Lavonte David, Vita Vea, Jason Pierre-Paul, Ndamukong Suh and Antoine Winfield Jr. are all going to be names we talk about on Super Bowl Sunday that will have plenty of more casual fans saying, “Oh yeah, that guy…” As we’ve been talking about their offense, the Buccaneers quietly built a Top 5 defense and deserve more credit for it.

SL: I don’t want to paint this as the Chiefs being certain to win, but if they do, Patrick Mahomes and Andy Reid are in Brady/Belichick territory, with 2 Super Bowls and 3 AFC title games in their first 3 years together. Is it premature to start talking about Mahomes as a potential GOAT with a win Sunday? That’s one more Super Bowl than Aaron Rodgers and Drew Brees, for example...

KC: That Mahomes as a potential GOAT is a given, but there is a long way to go to turn a four-year career into two elite decades that would put Mahomes into fair comparison with Brady. Let’s also not forget that Andy Reid is in his age 62 season and is famous for subsisting on a diet of cheeseburgers. As great as Big Red is, it’s not difficult to see him walking away well before his 70th birthday. If that happens, it could easily change Mahomes’ GOAT trajectory.

CDA: I’m sorry, I thought we addressed the GOAT question back at #1.

But yes, Mahomes will have effectively clinched his spot in the Hall of Fame and cemented Reid’s legacy as one of the best to ever roam the sideline. If they do it four more times, then they can take a run at Brady and Belichick.

MS: Brady/Belichick territory is rarefied air, but the media trying to anoint guys to that level is far more common than it should be. So, the real answer is “no, not for a while yet…” but we absolutely will start talking about them in those terms if they win this one.

SL: Alright, let’s lay it all on the line: Score predictions!

KC: Chiefs 31, Buccaneers 27. Tampa Bay will likely lean on the run to start, but Arians no risk it, no biscuit mindset will push the Buccaneers to take one more chance than necessary and end up as the winning points for the Chiefs.

CDA: Chiefs 31, Buccaneers 20. I’m still baffled that Kansas City opened as only a three-point favorite. I get that the Chiefs only won by three when these teams met in Arrowhead Stadium and that I should never count out Touchdown Tom … but very little from the second half of the NFC Championship Game convinced me the Bucs will be the ones to derail Patrick Mahomes’ postseason streak. The Chiefs had a 90+ percent win probability in the first quarter of that first meeting, and while I’m skeptical things will be *that* bad, I don’t think it will be a very fun night for the home team.

MS: Chiefs 27 Buccaneers 26 … I’m awfully close to picking the upset here (many might assume that after my praise for the Buccaneers defense in the previous questions). It’s important to note, too, that the Chiefs weren’t exactly blowing cats out to finish the regular season, so this is probably closer than it “feels.”

So, I’m imagining the storyline where the Bucs are up late, it looks like Brady’s going to do it yet again, and Mahomes has himself a very vintage Brady moment and wins with a last-second TD drive. Brady won’t be done, but it would be a heckuva “passing of the torch” and be totally within the bounds of how Mahomes has won games this season.