Can the Seahawks upset the Cowboys on the road? Can the Bears stop the Nick Foles magic? Find out in this week's NFL playoff picks. 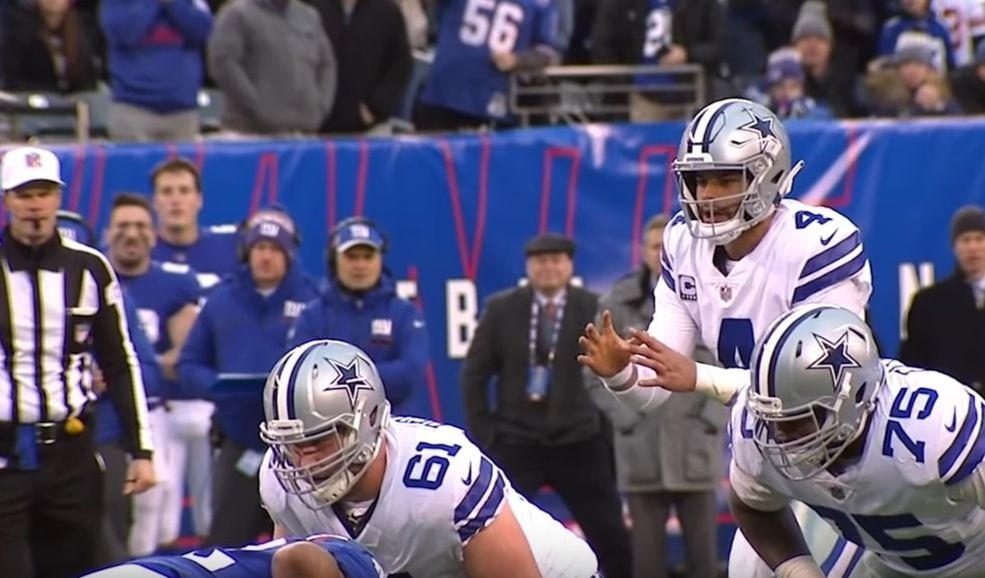 Now that we’re in the playoffs, let’s skip the formalities and go right into the game analysis that will lead you to riches and (probably) not the poor house.

Although Houston is 11-5, I’ve spent much of the season believing the team is overrated. Despite the Texans’ nine-game winning streak, it was hard to get past the fact that they didn’t really beat anybody impressive during that stretch (the victories vs. the Cowboys and the Colts look much better in hindsight). Meanwhile, Indianapolis—which beat the Texans four weeks ago—is on a tear, winning nine of their last 10 with quarterback Andrew Luck playing outstanding football. Here’s what bothers me about Houston. It has a difficult time protecting quarterback Deshaun Watson, who has been sacked a league-high 62 times this season (Luck, for comparison, was brought to the ground just 18 times). Indianapolis sacked him 11 times in two games this year. The Colts will sack him more on Saturday, and that pressure will be the difference in Indianapolis moving on in the postseason.

Against the spread: Colts -2

I wouldn’t have a difficult time picking this game if it were being played in Seattle. I think the Seahawks are the better team, and I’d much rather have Pete Carroll coaching my team instead of Jason Garrett. But Dallas has been formidable this season at home, and that’s why I’m having a little more trouble picking Seattle to win than I should. Seattle, it should be noted, has won its last six wild card playoff appearances, including two games on the road, dating back to 2004. This year, I guess it comes down to this. I don’t believe that, despite the noticeable difference Amari Cooper has made on Dallas’ offense since he was traded from the Raiders, Dak Prescott is the kind of quarterback that can lead your team to a Super Bowl. Ezekiel Elliott is an amazing running back, but Seattle has the best running game in the league to counter him. Those two theories combined, and I’m going with the Seahawks for the road upset.

Against the spread: Seahawks +1.5

Yes, it took a last-minute stop vs. the Browns to get Baltimore into this spot and yes, Los Angeles has the better record and, for most of the year, the better team. But I’m going with the Ravens here, because, like I explained last week, they’re peaking at the right time. The Chargers, meanwhile, finished below the Chiefs in the AFC West despite the same record and have to travel across the country to play this weekend while Kansas City can sit back and rest. Football can be cruel, especially considering Philip Rivers (one of the consistently best and underrated quarterbacks of this generation) has only made it to one conference championship game and zero Super Bowls. This year won’t be the year either. Baltimore’s defense shut down the Chargers in Los Angeles two weeks ago, and the cross-country flight and the early game time for the West Coast squad won’t help matters. Go with the Ravens and say goodbye to yet another opportunity for Rivers to win a championship.

Against the spread: Ravens -2.5

No matter what happens Sunday, Nick Foles has proven that last year was no fluke. When the Eagles need him to get to the playoffs, he gets the job done. Since taking over for the injured Carson Wentz after Week 14, Foles—the backup quarterback who won the Super Bowl MVP last year—is completing 79.6 percent of his passes for an average of 320.7 yards per game to go with six touchdowns and three interception. Philadelphia won all three games he started, including two against playoff-bound teams. But the Bears defense will make life hard for him and the Eagles. Chicago is first in the league in scoring defense and third in turnover differential. In the last month, the Bears have allowed 10 points and 245 yards per game. Foles is good, but he’s not going to look so great against Chicago. The Bears don’t have a great offense, so this game will be closer than it should. But look for Chicago to move on for its first playoff win since 2010.

Against the spread: Eagles +6