Can Nick Foles lead the Eagles to glory once again? Do the Steelers hav a chance vs. the Saints? Find out this week. 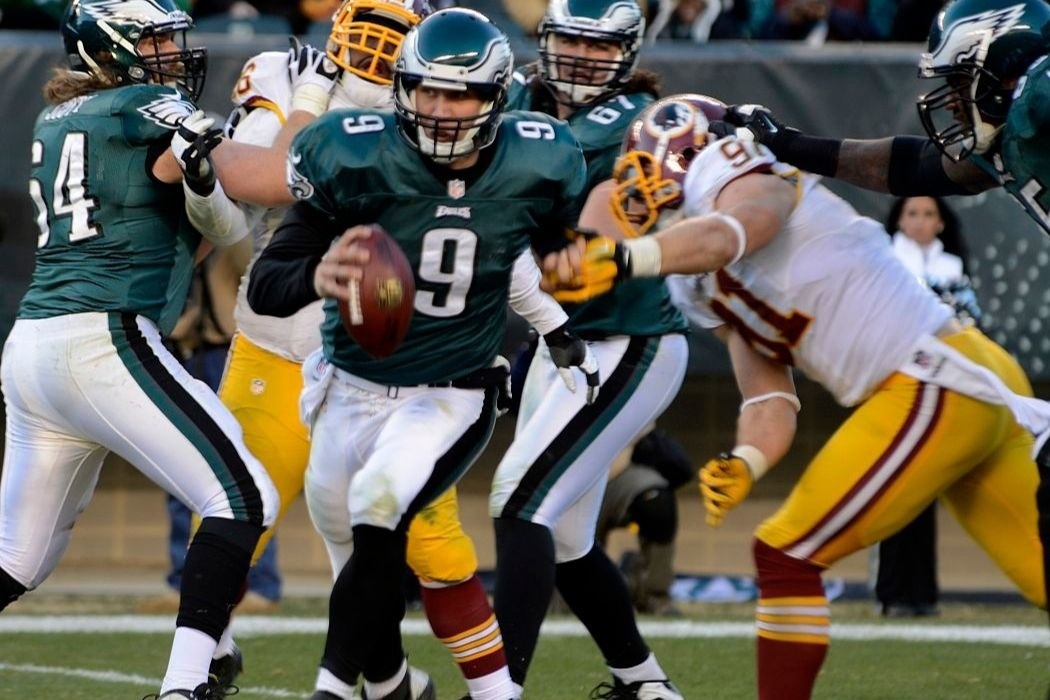 Are the Eagles about to pull off yet another great late-season run, with their backup quarterback again stepping into the starting role and leading them to playoff glory against all odds? With this team, who the heck knows.

After their impressive win last week vs. the Rams, the Eagles, at 7-7 and only a game behind the Cowboys in the NFC East, are still alive for a potential playoff run.

Last year, of course, Philadelphia was awesome for most of the year, finishing with a 13-3 record and blasting through the Falcons, Vikings and Patriots to win its first Super Bowl. This year has been much different—for most of this season, the Eagles have been mediocre or worse. But could it end with another deep postseason run?

Their mission continues with a home game vs. the Texans on Sunday and with a road game vs. the Redskins in Week 17. Both are winnable games, and a 9-7 record could be enough to get them into the postseason.

Once again, the Eagles might have to make their playoff run without starting quarterback Carson Wentz, who is battling a stress fracture in his back. But as we saw last year with Nick Foles, the reigning Super Bowl MVP, the Eagles backup plays well when he’s needed the most. Against the Rams last week, he was solid, throwing for 274 yards to go with an interception.

As the Ringer asked this week, “Are we back in that weird timeline where Nick Foles is good?” After Sunday’s game, a game in which the Eagles were 13-point underdogs, Foles was asked if 2018 was beginning to feel similar to last year.

“I’m not trying to think about it,” Foles said. “I’m just trying to stay in the moment with this.”

That’s good, but I’m thinking the moment can’t last much longer. Will the Eagles make a run and extend their season into January? I’m guessing no (I’m picking the Texans to beat them this week). But is it possible? As Foles showed last year, apparently anything is possible.

There’s been plenty of talk about the Rams lately, saying that maybe we should be wary of how good they really are. After all, they’ve lost two straight games (and three of their last six), and quarterback Jared Goff is in a funk. Despite their ability to score, their defense also allows plenty of points (they rank 20th in the league). So, even though Los Angeles is 11-3, the last few weeks have shown us that maybe they shouldn’t be considered the top Super Bowl favorite. That said, I’d feel confident putting it all on Los Angeles to blast the Cardinals. Arizona has lost close games to bad teams, and it’s been destroyed by bad teams. And no matter how poorly Los Angeles has played, it’s the complete opposite of a bad team. This should be a bloodbath.

The reason this game is frightening is because I’m actually picking Oakland to win. The Raiders are bad, but they’re not Arizona Cardinals-level bad. They kept it close vs. the Chiefs, they beat the Steelers two weeks ago, and they probably should have knocked off the Broncos in Denver in Week2. The Broncos probably have more talent, but I think I’d rather have Jon Gruden instead of Vance Joseph as my coach. I can understand why you’d disagree with this pick. But consider this: I’ve actually been pretty awesome picking the Raiders against the spread in my time here at Pickwatch (they’re my second most successful team with a 30-12-4 record). So, go with the Raiders and cross your fingers.

Against the spread: Raiders +2.5

This would be a great time for the Saints to reassert their dominance and prove again why they’re the best team in the league. New Orleans hasn’t necessarily looked like it the past few weeks, losing to the Cowboys and not playing so very fabulous last Monday vs. the Panthers (though, to be fair, the defense was strong against Carolina). And though New Orleans has one less day of rest than the Steelers, I like them here. Pittsburgh is coming off a high with its victory vs. New England last week, but it’s a tough ask for the Steelers to win tough games in back-to-back weeks when they’re probably a level below the likes of the Saints and the Rams. But then again, they’re not that far behind New Orleans. I like the Steelers to cover.

Against the spread: Steelers +5.5