Can the Steelers regroup to win the AFC North? Can Katzowitz finally be right about the Falcons? Find out this week. 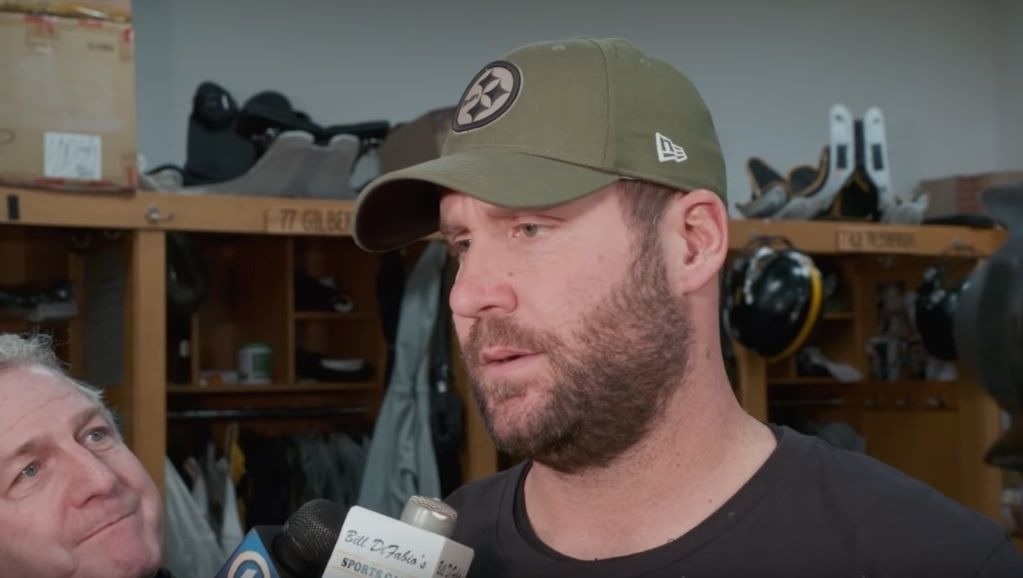 The Pittsburgh Steelers are in a free fall—and if they don’t figure out their issues soon, it’s going to cost them the AFC North division title and a possible spot in the postseason.

That would have been nearly unthinkable a month ago when they went to Jacksonville and grabbed a victory to make them 7-2-1. Thoughts of missing Le'Veon Bell had dissipated like a Pittsburgh native’s breath on a cold day, and the Steelers were riding a six-game winning streak. They were going to win the AFC North title, and there was little doubt about that.

And then they lost to the Broncos, but hey, it was in Denver and the air up there is thin.

And then they lost to the Chargers, but hey, Los Angeles is actually a pretty good team and, well, you know, the Chargers played ridiculously well in the second half.

And then they lost to the Raiders, but hey, uh, well, that’s actually a terrible loss. Now, Pittsburgh is 7-5-1, only a half-game in front of the Ravens for first place, and it seems as though the Steelers might never win again. Quarterback Ben Roethlisberger isn’t completely healthy, the running game without the injured James Conner was terrible last week, and the defense can’t stop opponents in the final 15 minutes of the game.

“Us losing three games in a row is bringing us closer, bringing us tighter,” receiver JuJu Smith-Schuster said, via the *Pittsburgh Post Gazette*. “No matter whose fault it is, offense, defense, special teams, coaches, we’re all accountable. ... This is a time when we can’t lose each other because these last three games are crucial.”

Yes, they are, and unfortunately for the Steelers, they’re going to be awfully difficult. They face the Patriots on Sunday and the Saints in Week 16. Pittsburgh will be favored to lose both contests. Then, in Week 17, the Steelers will face Cincinnati. With a potential playoff spot on the line, you can believe the Bengals will do all they can to end Pittsburgh’s season before it can get to the postseason.

At one point this season, Pittsburgh looked like one of the top-3 teams in the AFC. Now, the Steelers look like a team that will be watching the playoffs from the comfort of their homes.

I’ve been horrendous at picking the Falcons against the spread (I’m an almost unbelievable 2-11 against the spread and an only slightly better 5-7 when picking straight up). But here’s what I know this week: The Falcons are bad, but the Cardinals are worse. Yes, Atlanta is on a five-game losing streak, and sure, Arizona surprised the Packers two weeks ago—which directly led to a Super Bowl-winning coach losing his job. But the Cardinals have the worst offense in the league in yards gained and points scored, and no matter what you think about Atlanta, it has one of the top passing games in the NFL. So, go with Matt Ryan and the Falcons and watch me be right about Atlanta for one of the few times this year.

Against the spread: Falcons -8.5

The scariest part of this game really is the idea that New York, if it extends its winning stretch to three (and five out of its last six), might seriously think about bringing back quarterback Eli Manning for another season. No, scratch that. Manning probably will be back (the New York Post wrote this week that the Giants should bring him back with a pay cut). He is, after all, playing OK lately, and with Saquon Barkley playing like a rookie of the year candidate, the Giants are scoring 30 points to beat Chicago and 40 points to decimate the Redskins. What frightens me about this game is that the Titans have the ability to play great defense. In four of its last six games, Tennessee has allowed less than 300 yards of total offense. Plus, it’s still playing for a potential playoff spot. I think the Titans should win, but the Giants are playing their best football of the season. I’ll go with the Giants, but I’m not entirely convinced.

Against the spread: Giants -2.5

It seems like a lifetime ago, but remember when the Cowboys were terrible earlier this season? Before they traded for Amari Cooper, the Cowboys offense consisted of Ezekiel Elliott and the inconsistencies of Dak Prescott. But with Cooper helping turn around the team, Dallas and its five-game winning streak is pretty fun to watch. Meanwhile, the Colts have won six of their last seven games, and the impressive story of Andrew Luck and his recovery from injury continues to grow each time Indianapolis pulls out a victory. With Indianapolis’ home field advantage factored in, this game is basically a pick ‘em. Elliott and Cooper will be difficult to stop. So will Luck. Should be exciting to watch.

Against the spread: Colts -3