Can Tom Brady win yet another league title? Can the Rams go from 4-12 in 2016 to Super Bowl champs? Find out in the picks column. 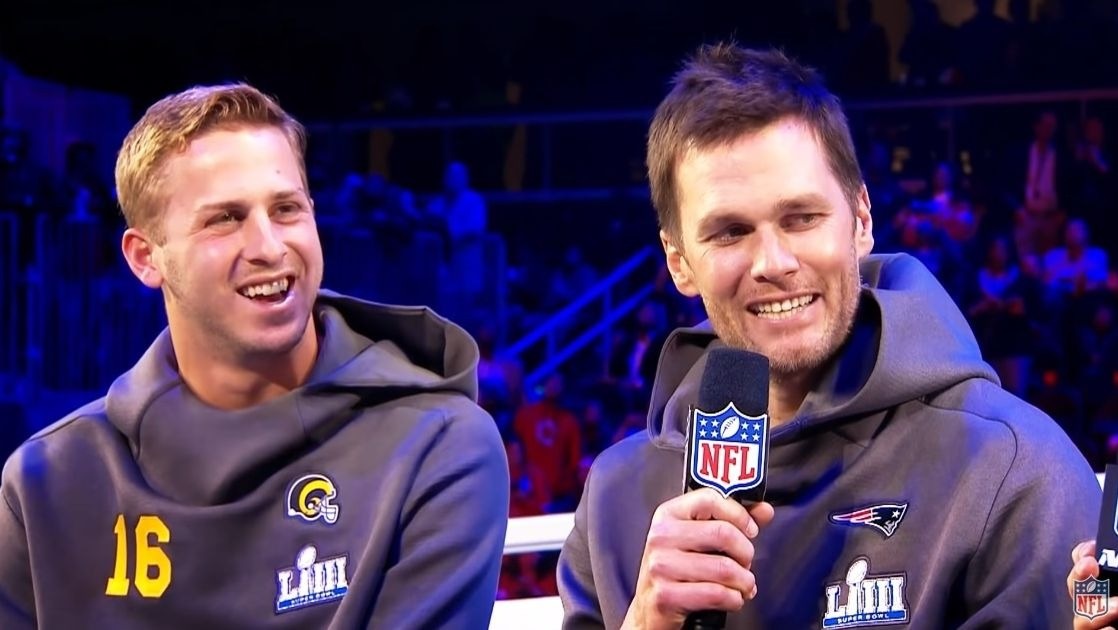 My picks in this year’s playoffs have been a complete disaster. Well, not a complete disaster, but it’s not something in which I take pride. I missed both conference championship games straight up and against the spread, and overall, I’m 3-7 against the spread. So, yeah, it’s pretty much a disaster. But I’ve got one more chance of redemption left this season, and I’m determined to end the 2018 on a high note. So, let’s predict the Super Bowl.

A few weeks ago, we talked about how New England was playing that (disingenuous, in my opinion) us-against-the-world card with quarterback Tom Brady complaining on national TV about how everybody thinks the Patriots suck. Yeah, it was annoying. But that (some would call it) fake motivational moment for New England has worked magically ever since. Before the playoffs, the Patriots looked like one of the weaker teams the franchise has produced in the past several years. Now, it’s the damn Super Bowl favorite.

Meanwhile, the Rams survived a tough NFC title game in New Orleans, and they certainly deserve to be in this spot. Sean McVay has done a magical job turning around the franchise—remember, the Rams were 4-12 in Jeff Fisher’s final season only two years ago—and Los Angeles has produced one of the best offenses in the league this year. But the magical question is this: Can the Rams beat the Patriots?

The L.A. defense was a little worse than the NFL average this season. It allowed four opponents to gain more than 400 yards in 2018, but the Rams have improved in the second half of the season and haven’t given up that many since Week 11. Their defensive front could make life tough for Brady, and the Rams held the high-flying Saints to only 290 total yards all game and just three points in the final 11 minutes.

The Rams have one of the best running backs in the league in Todd Gurley and a solid comeback story in C.J. Anderson. They have two strong receivers in Robert Woods and Brandin Cooks. The big question is this: Can quarterback Jared Goff lead the team to a Super Bowl? Eh, maybe.

In an article titled simply and frankly, “Jared Goff Needs To Play Better,” FiveThirtyEight.com wrote, “The Rams clearly did not advance to the Super Bowl despite Goff. But they aren’t in Atlanta because of him, either. And for the Rams to claim the sport’s ultimate prize against the Patriots on Sunday, Goff will almost certainly need to raise his game to a much higher level.” The Patriots defense will be happy to try to keep that from happening. The advantage here (barely) goes to the Rams.

I’ve picked against the Patriots during the entire postseason. I’ve been wrong every time thus far. I won’t make the same mistake again. This might be the last hurrah of the Brady-Belichick-Gronkowski Patriots era, and they’ll win the Super Bowl in style. The Rams are a really good team, but they don’t have the playoff experience and their quarterback isn’t as good. If you took the Patriots when the betting lines first came out with the Rams as a one-point favorite, that’s a smart play by you. I’m still taking New England and the -2.5