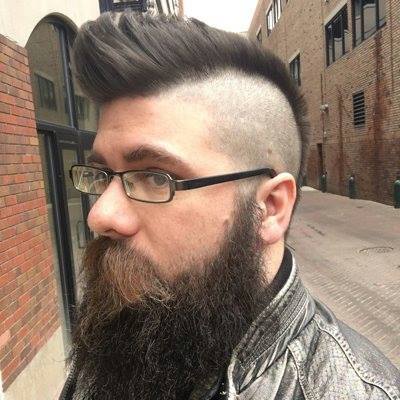 Pickwatch is excited to announce the hire of Ty Schalter as Senior Writer.

Schalter is a veteran of the NFL and analytical sports writing space. Starting as a Detroit Lions blogger (in the days when "blogger" was considered a pejorative by some), Schalter has seen his career expand into bylines at FiveThirtyEight, Bleacher Report, Vice, The Athletic, SiriusXM Radio, Huffington Post, USA Today and more.

Currently, in addition to his written work at FiveThirtyEight, Schalter hosts "Three & Out," a twice-weekly, national NFL Podcast alongside Samantha Bunten of NBC Sports and myself.  Schalter also recently launched a weekly newsletter with maybe the best name in the game, "Gimme Schalter."

I've known Ty since 2010 when the two of us were hired by MLive to provide Detroit Lions-centric NFL Draft coverage and then an article of daily links from around the web. Our paths crossed again when I was able to help convince the blogger to "make good" and leave his day job to join Bleacher Report full time as an NFL National Lead Writer. Since last fall, we've been co-hosting "Three & Out" together along with Samantha who is another B/R alum and longtime friend...and having a blast doing it.

Ty is one of the smartest people and best writers I know. He approaches the game from an analytical and logical standpoint that will fit in perfectly here at Pickwatch. His name was the first I thought about when considering my first hires for the site, and I'm so glad he's agreed to come aboard.

Ty joins KC Joyner who many of you read, know and love to provide what will be some of the smartest NFL content on the web right here at Pickwatch. We're excited for what promises to be a tremendous NFL season.