DJ's Best Bets: How To Bet Thursday's NBA Playoff Action - May 12, 2022
Check out who we are betting for another great night of playoff basketball. 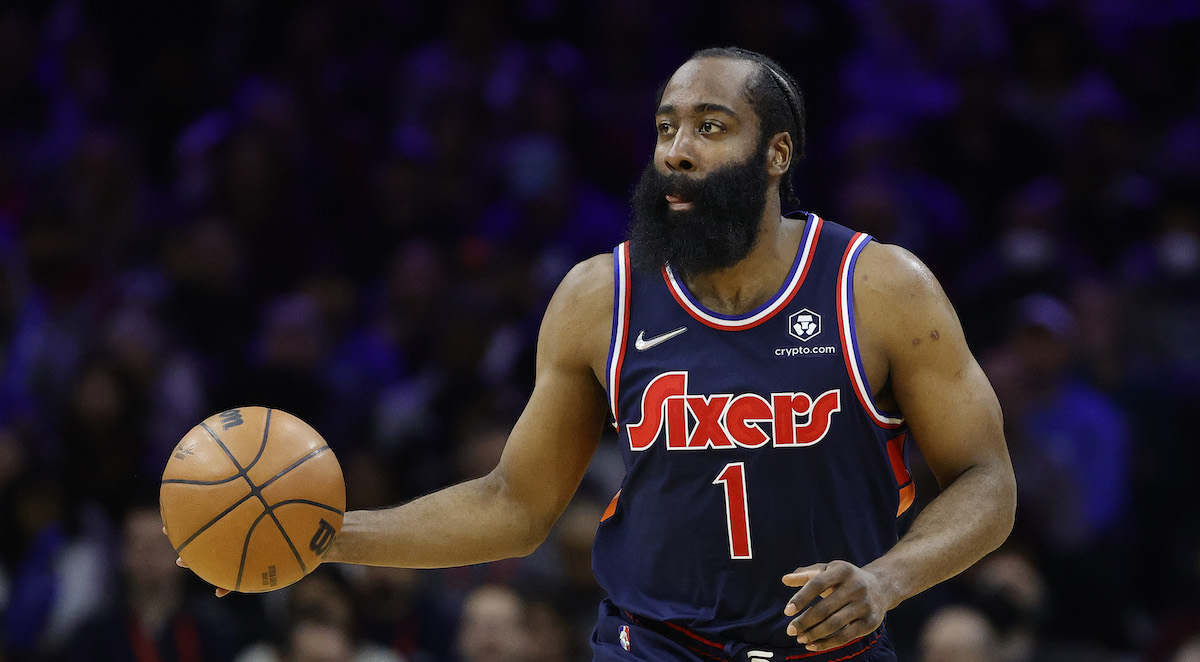 We have another NBA playoff doubleheader tonight, and they are both elimination games.

Although there have been a lot of blowouts in the postseason, I have enjoyed watching every minute of it. There are so many good players in the league right now, and every night I feel like I am seeing something that has never been done before.

Anyway, enough of the boring stuff, let's take a look at our best bets for both games in the NBA tonight. We would love for you to tail our picks, we just ask that you do so responsibly.

Once again, the Miami Heat and the Philadelphia 76ers will meet for a game of basketball. And once again, the home team has won every game in this series, with the Heat crushing the 76ers in Game 5. Philadelphia came in and just looked flat from the jump. The 76ers shot 36.5% from the field, and only 28.1% from deep in Game 5, and the Heat demolished them both on the glass and moving the ball.

This series is going to be decided either by Philadelphia's two-man show of James Harden and Joel Embiid, or Miami's suffocating defense. When Harden is cooking, as he was in Game 4, I argue that the 76ers are as unstoppable as they come, especially with Embiid in the lineup. When he is struggling, Philadelphia does not have enough outside shooting around their stars to make up for it.

In the playoffs, the Heat's defense is only allowing teams to shoot 33% from deep, and at home this series, they have held the 76ers to only 24% shooting from deep. During the regular season, the 76ers only attempted 31.9 threes per game, but they were ranked 4th in the NBA in three-point shooting percentage (36.6%). They do not live and die by the three-ball, but that is how they killed teams during the regular season.

Having Embiid back in the lineup has certainly helped the 76ers, especially when it comes to containing Bam Adebayo. But Philadelphia needs more consistency from their shooters. Tyrese Maxey has had some great nights in the postseason, but he totaled nine points in Game 5, and that is not his first clunker of the playoffs.

Like I said earlier, this game is going to be dominated by one side, it's just a matter of is that side the Heat's defense or the 76ers' offense? Based on the way this series has unfolded, I honestly have no idea anymore. I will be honest, I just simply can't figure either of these teams out. So instead of picking a side, we are going to take a closer look at the prop market.

The Pick Is In:

I do not like this series in the slightest, so we are on the hunt for value.

Although Harden has been inconsistent in the playoffs, he is still attempting 13.5 shots per game, and 6.3 attempts from deep. He is making 2.3 threes per game in the playoffs, but I always contend that the amount of shots someone is putting up is more important when looking at a player's shooting prop.

Harden has only gone over this number twice in the playoffs, but against the Heat, he is actually shooting more threes per game (7.0), and he is shooting 34.3% from three. Getting this prop at plus-value is the main reason I am jumping on it, but it also helps that Miami's defense is ranked 22nd in opponent's made threes per game (12.1).

Is anyone else just completely uninterested in this fake-ass rivalry the Suns and Mavericks are trying to create? I honestly do not care if Devin Booker and Luka Doncic hate each other, it is just the most boring rivalry ever.

Anyway, this series is a lot like the Heat and 76ers in which neither team wants to prove that they are better than the other. It has been a nightmare to bet on, but I will be dammed if I do not find one (1) single winner from this game.

Dallas looked like they were going to run away with this series after they dominated Phoenix in Games 3 and 4 on their homecourt, but then Game 5 happened. The Mavericks shot 38% from the field and only 25% from three in Game 5. They also only had nine assists and turned the ball over 16 times. The game was fairly close heading into halftime, and then Dallas was outscored 33-14 in the third quarter, and that was all she wrote.

Now, the Suns had a much better defensive performance in Game 5, but the Mavericks missed a LOT of open shots. Obviously, Dallas actually has to make those shots, but this is not the team you want to get open shots, especially from deep as Phoenix learned in Game 3. Dallas is going to take those shots no matter what. You could have the entire United States Army trying to guard the Mavs, and they will still huck up threes at a rate that would make your father say "this isn't basketball!"

That is what makes this series so hard to bet on. The Mavericks have made it known all season that they are going to live and die with the three, and it has worked so far, but now that they are staring elimination in the face, I am expecting Dallas to not shoot 25% from three in this game.

Again, I will not be picking ATS in this game. I just simply have no idea which of these teams is better than the other. However, I think there is a lot of value on the total.

The Pick Is In:

The first two games went over the total by an average of 20.5 points. The next three games have been a different story, however, with the under hitting in all three games by an average of 16.2 points. One would think that makes it hard to pick a side on the total, but in the last 13 games between Dallas and Phoenix, the under has hit nine times, and Dallas was one of the most profitable "unders" teams with 56 of their 93 games going under the number.

Unless Dallas hits 20 threes again as they did earlier in the series, I do not think we are going to see an offensive explosion tonight. The Suns showed some life on defense in Game 5, and Dallas has one of the most effective defenses in the NBA. The total is a little lower than I would like, but the under is the play here.