Five Super Bowl Scenarios to Watch
Michael Schottey of The Brawl Network joins Pickwatch to offer us five ways that Sunday's game could play out as we work our way towards someone winning Super Bowl LV... 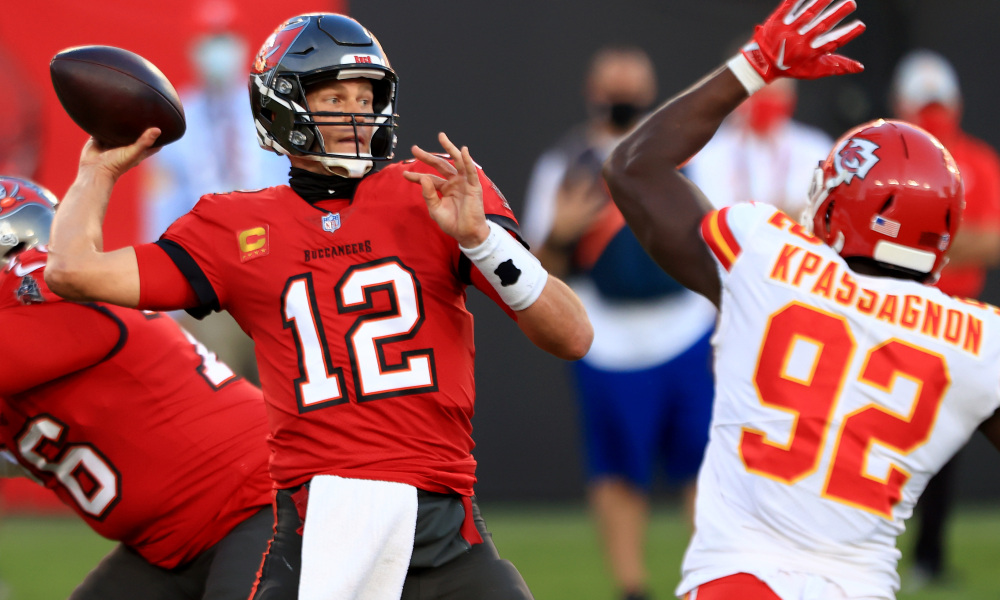 When picking NFL games, goal is to take in as much information as possible about the matchup and distill that information into some sort of final result. Sometimes, that process can be as simple as “Team X is way better than Team Y.”

More often, however, the information begins to conflict.

The Super Bowl, of course, features the two best teams at the end of the season. While hours and hours of commentary will be spent on how various experts think the game might go, what we love most about sports is how often it surprises us. So, in that spirit, here are some of the ways this Super Bowl could go as the Kansas City Chiefs take on the Tampa Bay Buccaneers.

Tom Brady Rides Off into the Sunset

Buccaneers quarterback Tom Brady is the best playoff quarterback of all time. Frankly, No. 2 isn’t close.

Brady has shown no signs of slowing down this postseason with some of his best games of the past year coming against Washington Football Team in the Wildcard Round and the New Orleans Saints in the Divisional Round. Over the course of 2020, the Chiefs passing defense, giving up 236.2 passing yards a game can’t hold a candle to either of those teams. Statistically, the Chiefs are 14th with WFT sitting at second and the Saints at fifth.

In this scenario, Brady once again turns it on under the bright lights (at home) with a receiving corps firing on all cylinders throughout this postseason—something that wasn’t able to be said back when these teams faced off in November. 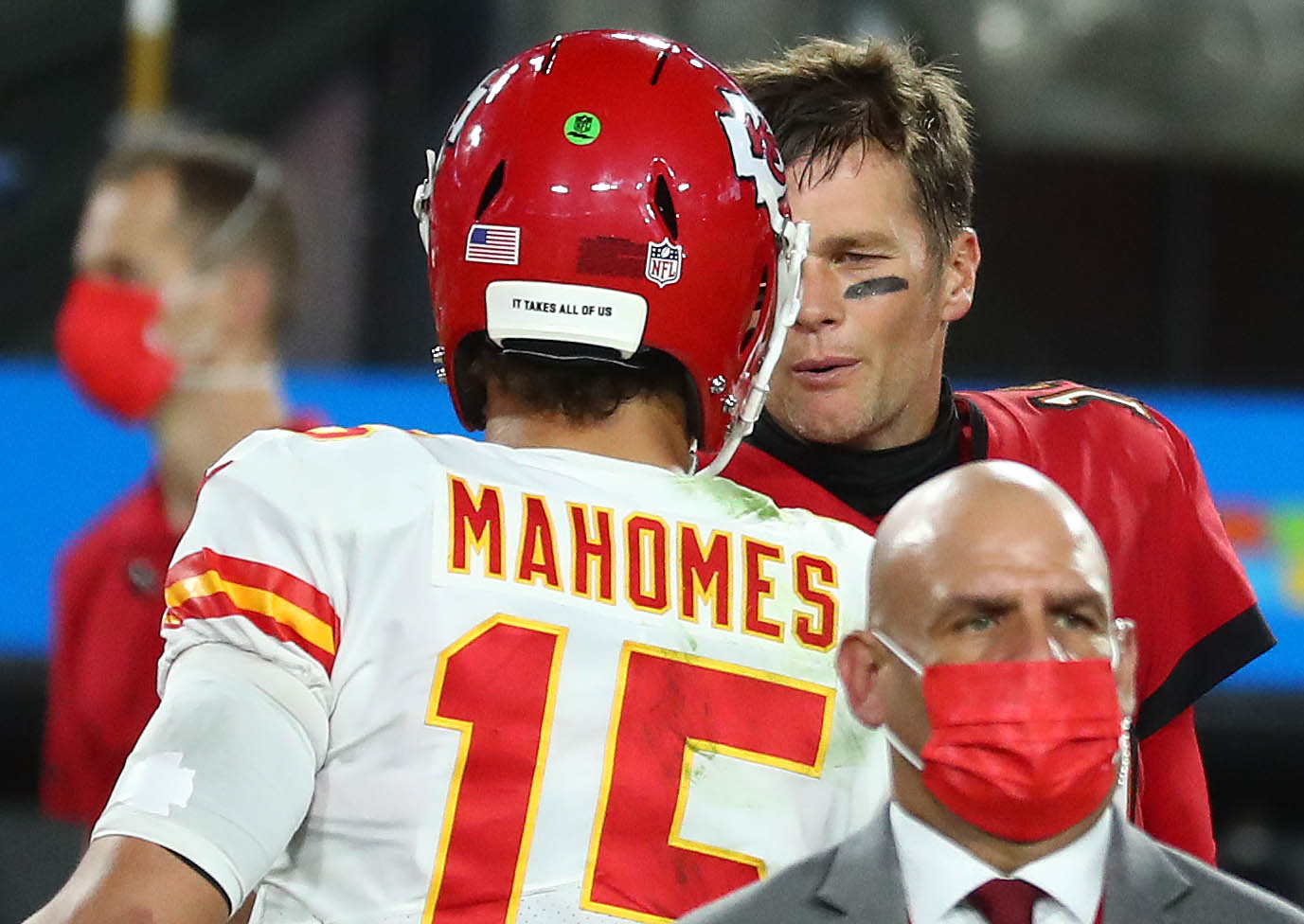 The Passing of the Torch

If Brady is known for one thing other than postseason dominance, it’s late game heroics. His 48 game-winning drives ranks third all-time behind Peyton Manning (54) and Drew Brees (48). While that seems to dwarf Kansas City Chiefs quarterback Patrick Mahomes, who only has seven game-winning drives, the percentage of those heroics out of total games played tells more of the story with Mahomes at 15.2% of his 46 games played resulting in him playing the hero compared to Brady’s still impressive but less startling 15.9%.

If anyone currently in the NFL has a chance to put together a Brady-like career over the next few decades, it’s Mahomes who has put together the kind of early-career success previously only Brady could’ve dreamed of.

If anyone would like an extra narrative around this scenario, the Chiefs’ reshuffled offensive line is going to have an impact on this game one way or another. In this timeline, Mahomes, who is the best passing on-the-run QB of all time (with all due respect to Randall Cunningham), plays much of the Super Bowl on the move thanks to a Buccaneers defense with its ears pinned back, and (like usual) comes out on top.

Just Waiting for the Commercials

The point total over/under for this year’s Super Bowl sits at 56 points, which is the highest over/under since the 2017 matchup between the New England Patriots and the Atlanta Falcons. However, the under has hit roughly 50% of the time for the last decade—including the last two years.

This scenario matches this game with two years ago, when the Patriots matched up with the Los Angeles Rams. The final of that past Super Bowl was Patriots 13, Rams 3 and featured Brady doing all he could against an elite Rams defense while the Rams couldn’t find their footing against a very good Patriots defense. It was good football, for a 1987 audience.

The over/under for that (insert sarcasm font) “barnburner”…55.5 points.

The cast of characters looks a little different, but there are some parallels to be drawn. The Rams may have just cast off quarterback Jared Goff, but at the time, he was considered a budding elite passer. The Rams entered that Super Bowl scoring 56 points over their last two playoff games. This year’s Buccaneers are just a little better at 61 points, but we’ve seen their offense struggle at various points this season.

On the other side, we’re casting the high octane Chiefs as the 2018 Patriots, fourth in the NFL in scoring that season and entering that Super Bowl coming off of a whopping 78 points in their past two games combined. As great as we consider Mahomes and the Chiefs to be offensively, they were sixth in total scoring this season and haven’t scored a “forty burger” since Week 7. In their two playoff games, they’ve only scored 60 combined against two pretty middling defenses.

The Chiefs and Buccaneers have each had an extra week to plan for this game. Buccaneers defensive coordinator Todd Bowles is one of the best game planners in the league. He has as much chance as anyone (especially with the personnel he has) to really slow down Mahomes and company. Yet, Chiefs defensive coordinator Steve Spagnuolo has been Brady Kryptonite for much of his career.

As I consider the Chiefs this season, I can’t help but remember dozing off during the AFC Championship game because Mahomes and Co. had things well in hand against a pretty good Buffalo Bills team. It might be a tad personal as that memory sticks with me because not only had I picked that game incorrectly, I had picked it very incorrectly. On my podcast, The Brawl-22, I had predicted that the Bills would “boat race” the Chiefs as they had quite a few opponents at the end of the regular season and the playoffs.

Instead, the Chiefs (who hadn’t been dominant, as we’ll discuss further later) flipped the script and were simply more than the Bills could handle.

The line for that game? Chiefs -3 …just like Super Bowl LV.

Over the course of the playoffs, the Buccaneers have turned the ball over four times—including three times against the Green Bay Packers in the NFC Championship game. The Chiefs have been much more efficient, turning it over only twice.

Overall, mental errors have been a subplot of much of the Buccaneers season, and while those have been less prevalent over the last quarter of the year, this is still a team mostly compiled

of players who have not played on this stage before. Can you say for sure that you trust players like wide receivers Mike Evans and Chris Godwin, kicker Ryan Succop, running backs Leonard Fournette and Ronald Jones or even perennial headcases who have lost Super Bowls like receiver Antonio Brown and defensive tackle Ndamukong Suh under the brightest of lights?

The Chiefs, meanwhile are largely the same team that won last year’s Super Bowl and got to the Conference Championship the year before.

Last year, the Chiefs rolled into a Super Bowl against the San Francisco 49ers as only a one-point favorite and won that game 31-20 after turning it on with a 21-point fourth quarter that showed they could turn it on any time they wanted—much like their game against the Bills a few weeks ago.

Here, the Chiefs are simply more the more prepared and more talented team that much of the NFL fanbase believes them to be. Meanwhile, the Buccaneers succumb to missed field goals, turnovers and other mental errors against a dominant opponent. 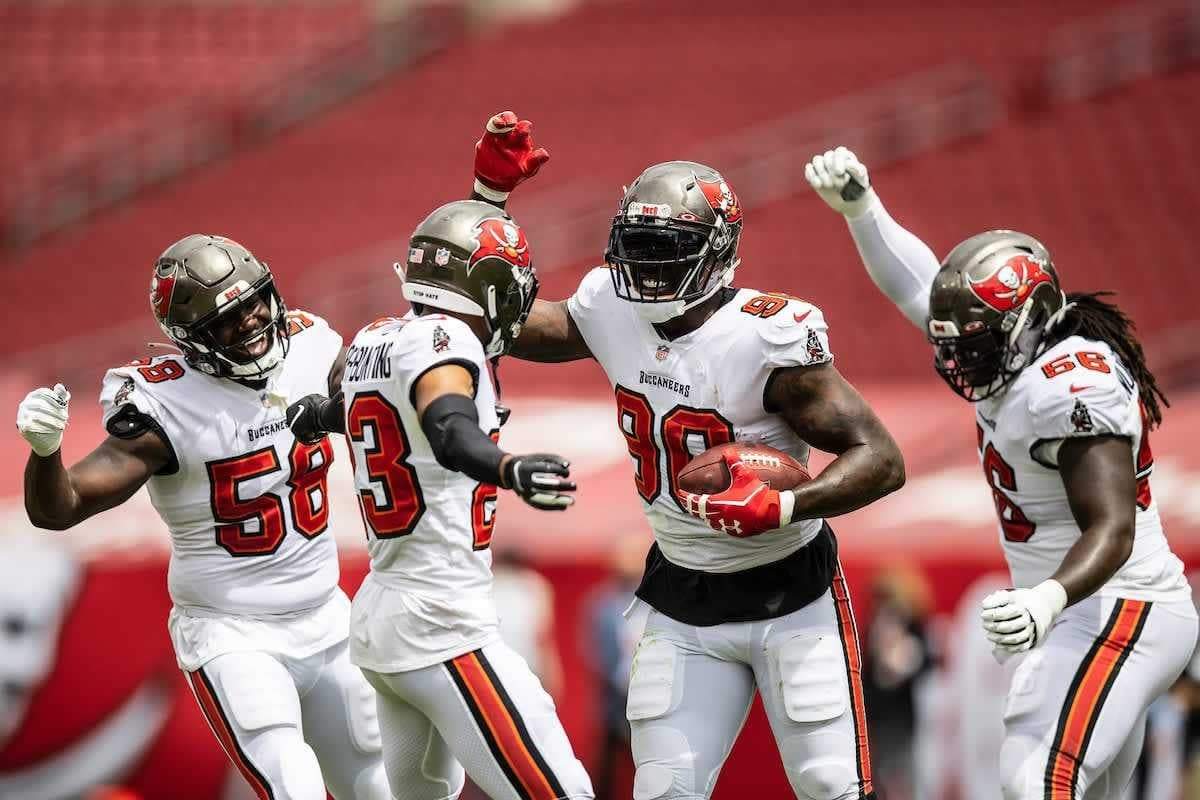 Most of this column has mentioned the Buccaneers defense in passing, but it’s time to truly give them their due.

In yardage, they were the fifth-best defense over the 2020 NFL Season. Points per Game is a better metric, but one that can be dependent on offensive pace as well, and the Buccaneers fared only slightly worse at eighth overall—behind a whole lot of teams that couldn’t move the ball offensively and slowed games down.

In terms of loftier metrics or “watching the tape,” the Buccaneers also have a defensive DVOA (defensive-adjusted value over average) that has been in the Top 5 for almost the entire season and are ranked sixth overall in Pro Football Focus’s defensive rankings with Top-10 marks in three of their four grading metrics—run defense, pass rush and coverage.

Linebacker Devin White is the only player to finish the 2020 regular season with at least 100 tackles and nine sacks. He missed the Bucs’ first playoff game but has made up for it over the last two games with 26 tackles and an interception. He has as good of a chance as anyone to be the MVP of this week’s game.

Add to him, defensive tackles Vita Vea and Ndamukong Suh, linebacker Lavonte David, defensive ends William Gholston and Jason Pierre-Paul, cornerback Antoine Winfield Jr. and others, and you darn near have a Pro Bowl roster…if we were gonna have one of those this season.

The Buccaneers’ defense has room to be even better, however, as many of their key pieces have missed time—the 350-pound Vea, especially, who was out from Week 5 until the playoffs with an ankle fracture. These two weeks have been the only real time over the course of the season that the Buccaneers defense have had the time and personnel to put in a plan truly befitting Bowles’ vision for this unit.

The last time the Chiefs faced a defense this good? Back in Weeks 14 and 15 against the Dolphins and Saints. They won those two games, but by a combined nine points. Speaking of point differential, they’ve been winning close games all season and not nearly as offensively dominant as we think about them. In fact, my colleague Ty Schalter pointed out over at FiveThirtyEight how they’ve been one of the luckiest teams in NFL history.

In this scenario, that luck runs out…big time.