DJ's Best Bets: How To Bet Wednesday's Playoff Doubleheader - Bucks vs. Celtics & Warriors vs. Grizzlies
Find out who we are betting on for another exciting night of playoff basketball 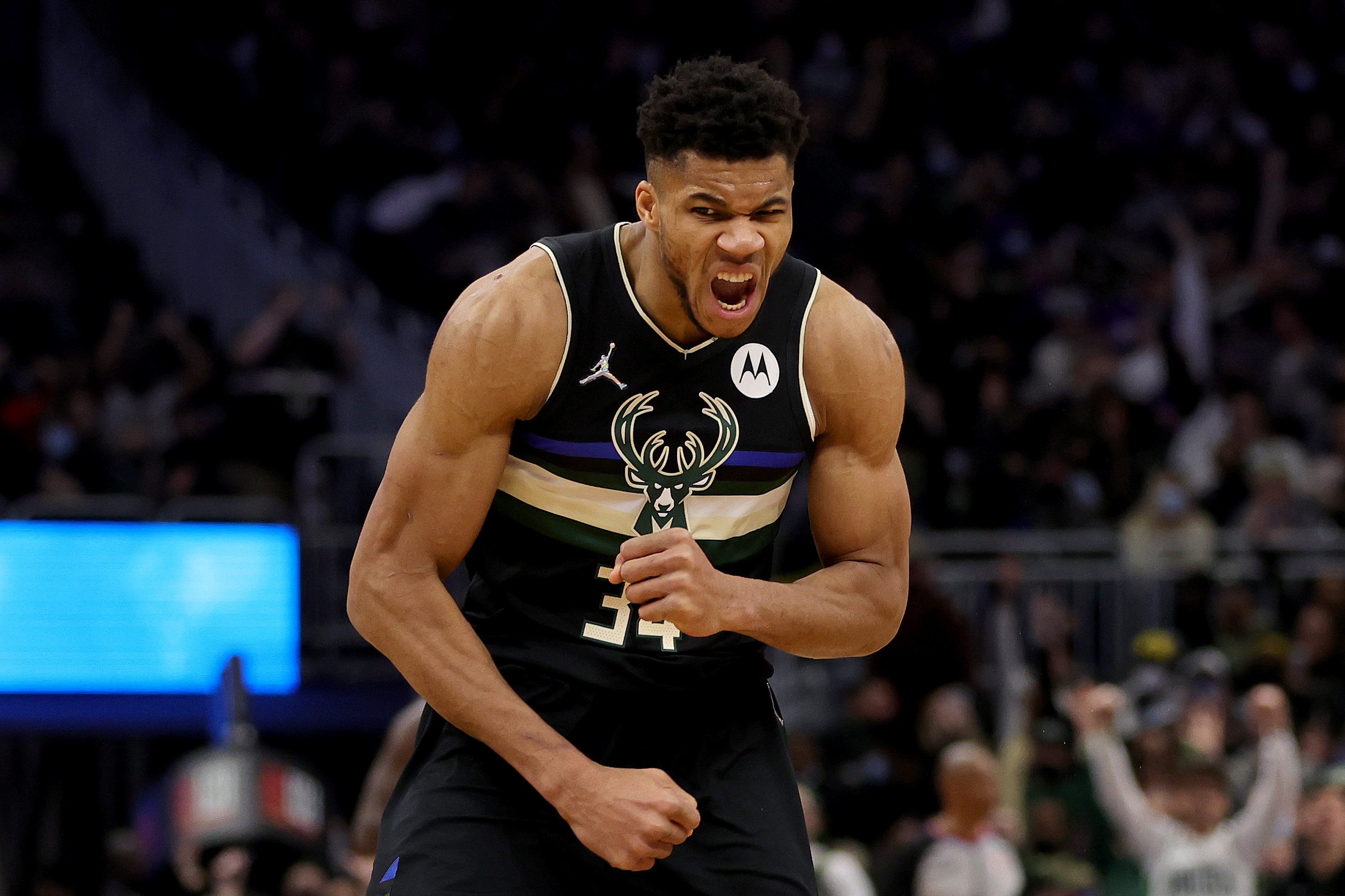 We have another NBA playoff doubleheader tonight, and our first potential clinching night in the second round.

The Warriors rallied in Game 4 against the Grizzlies to take a commanding 3-1 series lead. If I know the Golden State Warriors, I know they will never let a team come back from such a large deficit. On the other side, we have the Milwaukee Bucks and Boston Celtics tied at two, heading back to Boston.

These playoffs have been so good. The amount of talent in the league right now is unlike any era probably in basketball history, and it has shown during a postseason that has no clear favorite. And please do not argue and tell me this is not the most talented the league has ever been because I DO NOT care.

Anyway, enough of the boring stuff, let's take a look at our best bets for both games in the NBA tonight. We would love for you to tail our picks, we just ask that you do so responsibly.

Let's talk some round ball.

The Bucks and the Celtics will head back to Boston, tied at two games apiece.

This has been one of the more fun series in the playoffs, as neither team has separated themselves from the other, and we are getting a show from some of the role players. Everyone expected this to be a duel between Giannis Antetokounmpo and Jayson Tatum. While it has been that as well, the players around those two superstars have stepped up, especially Al Horford.

Horford effectively saved Boston's season with a 30-point performance in Game 5 that included five made threes. It wasn't just Game 5 that turned back the clock for Horford, as he hit four threes in Game 4, and is shooting the ball at a 50% clip against the Bucks in the playoffs. He has always been a solid deep ball shooter for his career, and although his shooting numbers were down in the regular season, he is shooting 53.5% from three in the postseason.

He is not their best player, but Horford might be their most important, especially in this series where size favors the Bucks.

Obviously, Milwaukee is carried by Antetokounmpo, and not to be controversial, but he is a pretty good basketball player. In this series, the Greek Freak is averaging 32.0 points, 13 rebounds, and 8 assists on only 43.9% shooting from the field. That is way down from his season average of 55.3%, but there is a reason for that. With Khris Middleton out for at least tonight with an MCL sprain he suffered against the Bulls in the first round, Antetokonmpo has had to pick up the scoring load on offense.

The simple reality for the defending NBA Champions is that without Middleton, there is no real threat to score from the outside.

The Celtics are 31-14 in Boston this season, including the playoffs. However, they are only 20-23-2 ATS at the Garden, and 2-2 ATS during the playoffs. They are giving out more points than I expected, but if you look at the final results from this series, the winning team in each game is winning by an average of 11.25 points.

A lot of that has to do with the inconsistent shooting from both teams, so I do not take too much stock into it. What caught my eye is that the Bucks have the highest-rated defense in the postseason, and they are 26-19 ATS on the road this season.

I personally got this number at +6 earlier this morning, but I would take Milwaukee to +4.5. Game 5 is usually where things get turned up a notch, especially with the series tied at two.

Memphis got some brutal news yesterday when it was announced that Ja Morant will most likely miss the rest of the playoffs with a knee injury. While that sucks for one of the most exciting, and young teams in basketball, the Grizzlies played really well without Morant during the regular season.

Morant missed 25 games during the regular season, and the Grizzlies went 20-5 in those games, scoring 117 points per game during that stretch. A big part of that is because of how deep they are. They do not have a second "star" player like most championship teams do, but Desmond Bane, Tyus Jones, Jaren Jackson Jr., and Dillon Brooks make up a solid group of athletic players to compliment Morant.

The problem is that Steph Curry, Klay Thompson, Jordan Poole, and Draymond Green are all healthy, and besides some playoff struggles from Thompson, they have all impressed, especially Poole.

The playoffs for Poole have been the same story, as he continues to shine even brighter, but the true story in this game is how are the Grizzlies going to stop all of this offensive firepower? Memphis did have a solid defense during the regular season, but that is a lot to ask a team down their best player.

Interestingly enough, the Grizzlies' defensive rating actually improves without Morant. Some say this is because Morant is awful on defense, and I tend to agree, but I think that speaks more to how good Morant has it than how bad he is on defense. Memphis just continues to play well without Morant in the lineup, and that is no coincidence. The Grizzlies are just so damn effective on both sides of the court.

With only a four-point spread, the books are BEGGING us to ride the Warriors. I, for one, will not fall for it after last night's disastrous "there is no way they do not cover" incident with the Dallas Mavericks.

The under has been a ticket-cashing factory this postseason, and 10 of the last 15 games between the Grizzlies and the Warriors have gone under the total. With two great defenses, I like this one to go under.