DJ's Best Bets: Dallas Mavericks vs. Golden State Warriors Game 2 Betting Preview
Can The Dallas Mavericks come back from their slugglish performance in Game 1 of the Western Confrence Finals? 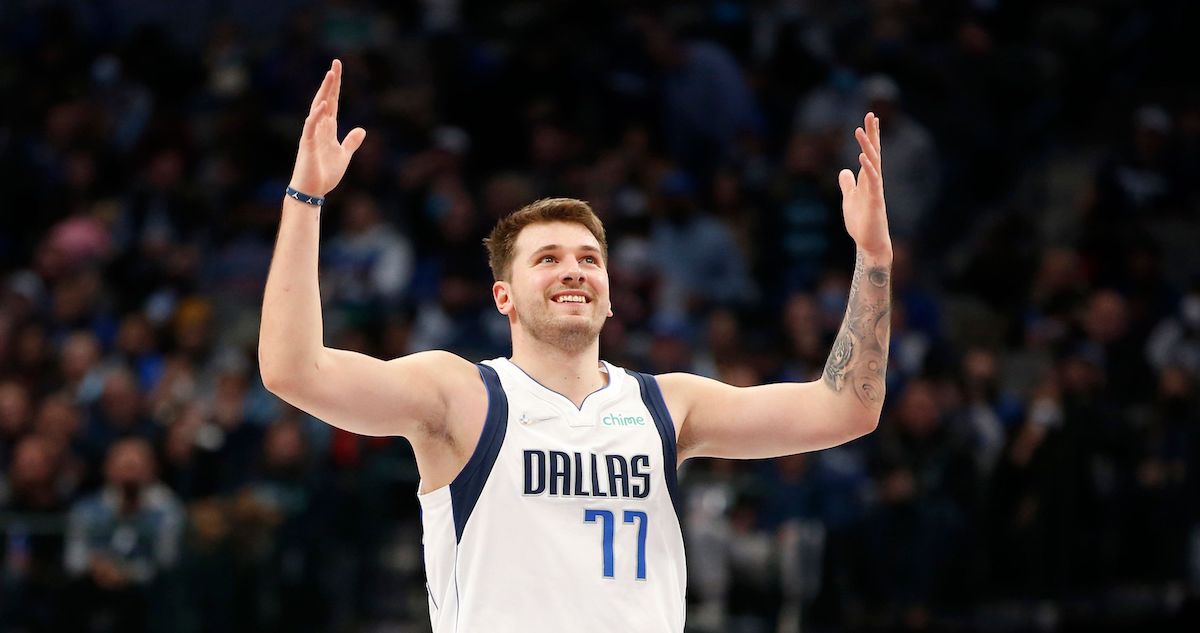 Game 1 of the Western Conference Finals got out of hand fairly quickly as the Golden State Warriors crushed the Dallas Mavericks to take a 1-0 series lead.

As a fan of a team that has been victimized numerous times against the Warriors during their dynasty, I feel Dallas' pain. Golden State is virtually unstoppable on their home court in the playoffs. However, the Mavericks have been in this spot a few times already in these playoffs, and they are more than capable of winning this series.

The Mavs have one of the NBA's highest-rated defenses, and with some of the firepower on offense that they possess, the Warriors better not get comfortable, because the Mavs are the real deal, and they are getting a lot of points on the books for this game.

Anyway, we are on to Game 2, and that means it is time to give out our best bet of the night. We would love for you to tail our picks, we just ask that you do so responsibly.

The Mavericks had to feel pretty good entering Game 1 against the Warriors. They crushed the Suns in Game 7, coming back from a 3-2 deficit to advance to the Western Conference Finals, and Luka Doncic has looked incredible in the playoffs. They had all the momentum heading into this series.

Instead of using that momentum to their advantage, the Mavericks simply got stomped by Golden State in Game 1. Dallas only scored 18 points in the first quarter, and they lost by 25 points. The Mavericks only shot 22.9% from deep on 48 attempts. If you do not want to do the math, Dallas made 11 threes, and nobody shot the ball all that well.

Spencer Dinwiddie was a nice scoring option off the bench with 17 points on 42% shooting from three, but Doncic and Jalen Brunson really struggled, and once the Warriors put the pressure on in the third quarter like they always do, there was no prayer of Dallas making a comeback.

The problem is they have had a few clunkers in the playoffs, as they did in Game 1. I have a hard time believing that Golden State can completely shut down the Mavericks on both sides of the court again, but if the Phoenix series taught us anything, Dallas is wildly inconsistent on the road.

The Warriors Are Doing The Thing Again:

When we speak of the Golden State Warriors, we talk about Stephen Curry, Draymond Green, and Klay Thompson. All three of their core players recorded over double-digit points, and while their stats were not overly impressive, they did not need to do much as the entire team was cooking in Game 1.

Andrew Wiggins, Jordan Poole, and Otto Porter Jr. all shot the ball well, and they were a part of the seven players to record double-digit point totals. As a team, Golden State shot 56.1% from the field and 34.5% from deep. The Warriors also dominated the glass, out-rebounding Dallas 51-34, and they had 24 assists compared to Dallas who only had 14.

I do not care who you are playing, if you get outplayed that badly, and the opposing team is shooting over 50% from the field, you are not going to win. That is what makes Golden State such a scary team. They are known for being a good shooting team, but I do not think there is a more complete roster in the NBA.

Even in their losses in these playoffs, Golden State has looked like the best pound-for-pound team in the postseason. They are putting up 105.6 points on 45.5% shooting from the field in their three losses in the playoffs.

Dallas was a no-show in the first two games of the last series against the Suns, so obviously, the concern of the Mavericks having another rough night against one of the NBA's best home teams is there, but I love the value here.

The Mavericks were just coming off a tough seven-game series, and they had to face a fully-rested Warriors team on their home court. That could explain the sluggish start to this series.

Dallas is 7-3 ATS when they are getting at least six points this season, and I expect one of the most profitable teams in the NBA to bounce back, and cover the six-point spread.