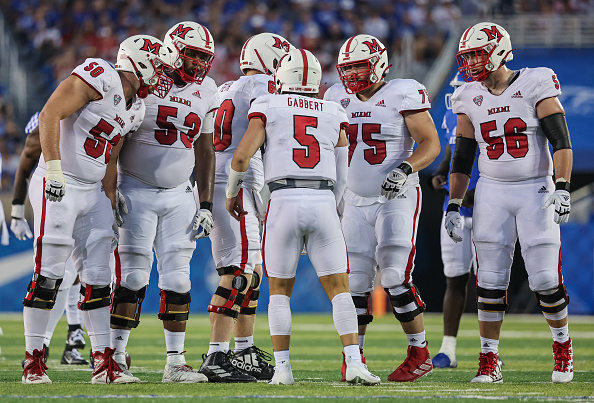 Ladies and gentlemen, tonight is a night to celebrate.

Yes, it is sad that tonight is the last night of MACtion this season, which means that 27 straight days of football are also coming to an end. However, I have had the time of my life watching awful football every night, and we made a nice little chunk of change in the process. For old times' sake, let's have one more winning night before we officially close the greatest regular season in sports.

Anyway, let's get straight into the pick for tonight. If you decide to follow our picks, we ask that you do so responsibly.

Bowling Green is playing some excellent football right now despite losing by 34 to Kent State a few weeks ago. Over the last five games, they have won four of those contests, and their last game was an instant classic as the Falcons marched down the field in the final seconds to take down Toledo and win the Battle of I75.

A lot of their success can be attributed to their defense, which ranks 39th in Rush Success, 40th in Havoc, and they are ranked ninth in the country in turnovers forced per game (2.0). Their special teams have also been critical to their success, as they have blocked four punts, two of which went to the house. As a whole, this unit does not rank very well, but they are coming up clutch when needed, and they have been able to stop the run as of late and get a good rush on the quarterback.

Meanwhile, the Bobcats are red-hot, winning six straight, and in those games, Ohio is averaging 37.6 points per game. Like Bowling Green, Ohio's success comes from their defense putting their offense in great situations, but unlike BG, the Bobcats have a really strong offense. Quarterback Kurtis Rourke is questionable tonight, and we do not know much about their backup, CJ Harris, who was fine in his conservative mop-up role last week.

However, this offense runs through Ohio State transfer receiver Sam Wiglusz, who has 10 touchdowns on just under 800 yards receiving with a 12.2 average yards per catch. But it does not stop there in the skill room, as Jacoby Jones, James Bostic, and Miles Cross have all been reliable deep threats in this offense, and they should give a Bowling Green defense that has struggled against the pass some fits tonight.

Former Ohio State receiver Sam Wiglusz is having a hell of a year for Ohio. 50-585-7 so far, and had two TDs yesterday against Northern Illinois, including one where he mossed the DB pic.twitter.com/1Rx111XhQs

Even with Ohio's lethal passing attack, their offensive line has been, below average, to put it nicely, and Bowling Green ranks 12th in Pass Rush and 19th in Sack percentage. Even if Rourke does play tonight, he is not 100%, and this Bowling Green team is just finding ways to stay close and play great defense.

Word on the street is that sharp money is pouring in on the under here, which is the side I am taking tonight, but that also leads me to believe that Rourke will not play, or at least will not be as effective as usual, so taking BG while they are a touchdown dog might also be worth a play. But I like the way Bowling Green is playing as of late, and I think they keep this game ugly.

I am excited about this game because these teams are equally and hilariously bad.

While Miami has an explosive rush attack, Ball State does a decent job at limiting explosive plays on defense. They are only allowing 4.3 Yards Per Rush, which usually is not great, but we are grading on the MAC scale, and they should be able to get a push against this awful Miami (OH) starting line.

Although Miami (OH)'s offense is hilariously inept, they are the best team to back in this matchup, especially at a low number. I don't know how Ball State will move the ball on this defense, and I trust the RedHawks to score a few times on this bad Ball State defense.