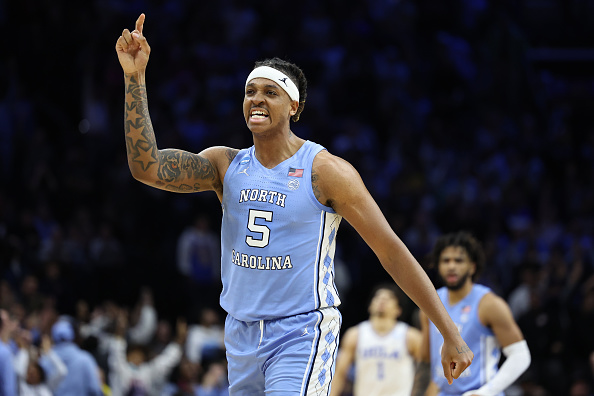 Gather 'round, children; I am about to reveal some very top-secret information. In case you forgot, my 43-12-4 run during the 2020-2021 college basketball season (no big deal), but most people don't know my secret weapon when it comes to betting on college basketball.

I have found a college basketball under system that hit at a 75% clip during the 2020-2021 season, and last year, it hit at only a 55.15% clip. Still, it started to get hot towards the end of the year, telling me that once these teams establish how they will play, the system begins pushing out some winners. Be cautious at the beginning of the season as teams are still trying to figure out their identities, but the percentages speak for themselves.

Today, I will explain my model in basic detail and talk about the tweaks I have made for this season.

College basketball is defined by how many possessions a team gets per game and what they do with those possessions. That may sound obvious, but let me explain.

This system has a simple criteria. First, we look for teams in the top 100 for possessions per game according to KenPom's ADJTempo, which measures the pace of play (per 40 possessions) against teams that play at an average tempo. Then we see if they have a matchup with a team below the top-250 with the same criteria.

Then, if we find a favorable matchup, we peek at the total. Anything below 130 is an automatic no-bet. All it takes is for the team with more possessions per game to score at a high rate for the under to be in danger.

In previous seasons, I would give or take about 20 spots in the rankings to account for any outside variable, but I have cut that down to five spots as I found that those teams that just barely fit my system only hit at a 49.3% rate, which obviously is not a profitable number.

If everything checks out, then we place our bet.

Why Does It Work?

When a team with a slow pace controls the game, the twitchy, and explosive offense is thrown out of whack and forced to play down a level. If the high-pace-of-play team comes out firing, the other team will be forced to keep up, and most of the time, they do not have the gas to do so.

Now, I am not saying this is how every basketball game is played. Sports are way too unpredictable to have "broken Vegas." However, based on my record over these last two seasons in these games, it is fair to assume that I may be on to something here.

If the system falls flat tonight, that is fine because betting on sports is hard. We have to pick ourselves up and try again.

That said, I am about to give you all the bets that follow my system tonight. Good luck to anyone who tails our picks and always remembers to gamble responsibly.

EDIT: When I took a few days off for Thanksgiving, I did not account for games still happening. I will go back and get the true record, but as of now, this record is not accurate.