Which NFL Underdogs are Set to Cover in Week 3?
Ty Schalter looks at which underdogs could keep things close in NFL Week 3. 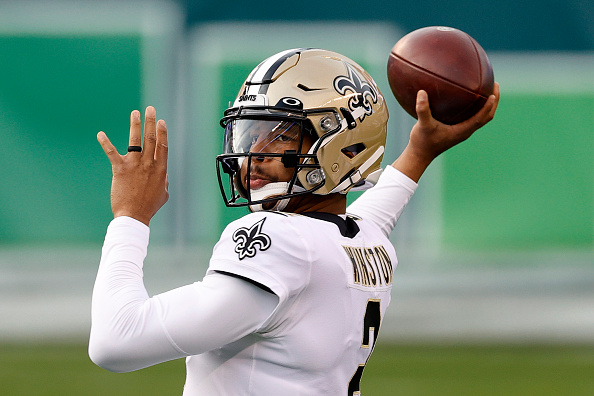 If you have Pickwatch Pro, you already know which three underdogs our advanced statistical insights project to be more likely than not to cover the spread in Week 3.

But for those who don’t? You’re welcome.

80 percent of our top Saints and Patriots pickers are on New England this week. But according to our Pro Insights, the Saints have the edge in all three of the two teams’ most significant ATS victory markers.

The hotter scoring offense has covered 63.5 of these two teams’ last 15 games, and the Saints are outscoring the Patriots by nine points per game. Rushing defense is the second-most predictive rate stat for these two teams, and New England’s been allowing a whopping 43.6 more yards per game than New Orleans. The Saints are also allowing an average of 3.7 fewer points per game, which gives them the edge in the third-most relevant metric for this matchup.

For a while this offseason, it looked like Packers quarterback Aaron Rodgers might enter this game as 49ers quarterback Aaron Rodgers. But Green Bay managed to keep him around--which bodes well for their chances to cover in this game, considering the team with the hotter scoring offense and passing offense have both won more than 60 percent of these teams’ last 15 games each.

So far this year, the Packers have scored 6.4 more points per game, a huge advantage on a metric with an impressive 66.5 relevance for these two teams; they’ve also passed for 3.8 more yards per game. Green Bay also has a stingier scoring defense than San Francisco, allowing 3.6 fewer points per game.

The third underdog our models like is the Eagles, who are getting three and a half points on the road against Dallas. The three metrics aren’t as strongly relevant as some of the others above, but Philly has a significant advantage in the top two. Scoring defense has a 56.5 percent relevance, and the Eagles have allowed 4.7 fewer points per game. They’ve also rushed for 18.5 more yards per game than the Cowboys’ Ezekiel-Elliott-and-Tony-Pollard-led backfield. Finally, the Eagles have a slight (3.5-yard) advantage in passing yards allowed.

Of course, all of these per-game averages are being calculated off of just two games. But our metrics go back across each team’s last 15 contests, giving you strong insights into which stats matter most to these teams’ ability to cover. And when a team getting points in a matchup has the edge in all of the stats most strongly correlated with cashing out, that’s a team you want to look extra hard at while making your picks.