Upsets are becoming harder to find as the season goes on - just 5 in week 8, so who have you got? 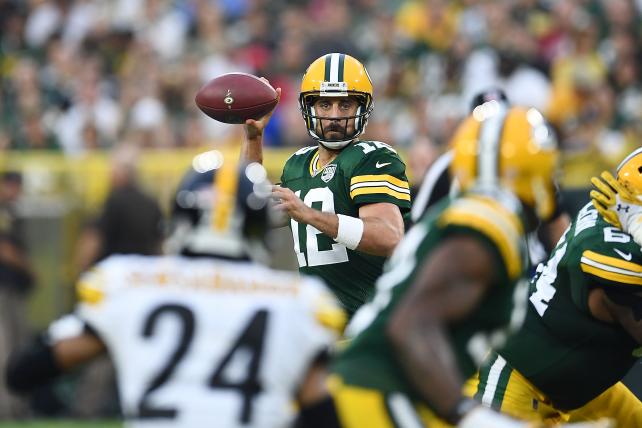 This week, I crunched some numbers on the underdogs and found some pretty interesting stats. You see, as I’ve been saying all season (and going back years now), while there are always anomalies in any NFL season, some patterns are worth noting. For us, one of the biggest trends is how many games have been won by underdogs, in any given game week, on average over the last five years. So we know that underdogs win more at the start of the season (10+ average in week 1) but that deteriorates as the public and bookmakers become more familiar with who is good and bad.

This means we need to adjust our strategy accordingly. From week 2. Here’s one part of our graph, for example, that shows how we have recently gone from 8.4 average wins to 5.4 in a a span of just a few weeks.

Even as a percentage, the number of games where underdogs cover is down dramatically on a week by week basis. For example, between weeks 7 and 8, the number of underdog wins goes from 49.3% in week 7, to 41.2% in week 8. This week, we’re picking just 5 underdogs vs the spread, a dramatic shift away from previous weeks.

Upset of the week:

Right, let’s start off with some basic facts: The Rams are really good, the Packers are mediocre, and the points spread is simply a reflection of public betting money on one team or another. BUT This is ridiculous. The Rams are 1-2-1 in their last 4 games vs the spread, and that included games against the likes of CJ Beathard and Case Keenum. I think as long as Aaron Rodgers is playing in Green Bay, you would always back them vs a near-double digit points spread.

The weather forecast for this one is cold and wet, and despite Derek Anderson being the likely starter for Buffalo, this one might just be one of those games where the Pats try to do the whole ‘time of possession’ thing to minimise risk to their star players. I mean don’t get me wrong, Belichick always plays to win, but 14 points? That’s a lot in those conditions. Despite appearances to the contrary, Buffalo’s points conceded per game, discounting the Baltimore debacle in week 1 had been a creditable 18.2, and while giving up 37 to the Colts is hardly great news, it’s still the case that their D, whether because of opponents underestimating them or any other factors (it’s that), are able to stop teams scoring too frequently. At times. Kind of.

We need a home underdog pick here and I like the Jags to rebound. They’re definitely not going in the right direction, but the Eagles are not who they were either. What I dislike most, with Philly, is that they are not scoring many points. While the Jags are among the worst in the league, they have a far better shot at winning if their opponent is unable to race out to a big lead. The Eagles need to find a run game and a defense, neither of which favors them in this matchup now that Carlos Hyde has been traded to the Jags. I’m expecting a heavy dose of running back action throughout this game.

Oh boy, am I starting to lose faith in the wake and bake train. Cleveland’s rookie QB Baker Mayfield is definitely a good one, I have no doubt that he’s a leader of men and all the rest of it, but there is a severe lack of talent around him at receiver, and his growing pains will only put that into a sharper focus over the coming weeks and months. HOWEVER. The Browns are the type of team that goes into Pittsburgh under Hue Jackson and fights hard. Their last four games vs the Steelers have all ended in a loss (or a tie) of less than 4 points, which kind of bodes well for them on Sunday. Ben Roethlisberger has been unnervingly quiet lately, which tells anyone who has watched him that he’s due a ridiculous 4 INT performance. The Browns have the best takeaway defense in the league (+10 difference) and Ben may find that difficult to contend with.

These two teams are very interesting, but I like the low spread and the home underdog dynamic, which historically yields the best results in underdog victories (58.3% of these games end in an underdog win). That slight favoring of the underdog, coupled with the Panthers playing very well against Philly last week gives me a bit of confidence in them. The Ravens have scores 9, 21 and 23 points in the last few weeks, and again last Sunday roundly failed to deliver when favored vs the Saints. The two teams are not the same, but the Ravens have not been good against good teams, and their status as Super Bowl contenders seems rooted on uneven ground.

The rest: (in order of propensity for an underdog win)