Upset watch rebounds in week 5 with a big week ahead... find out which 'dogs are winning this week! 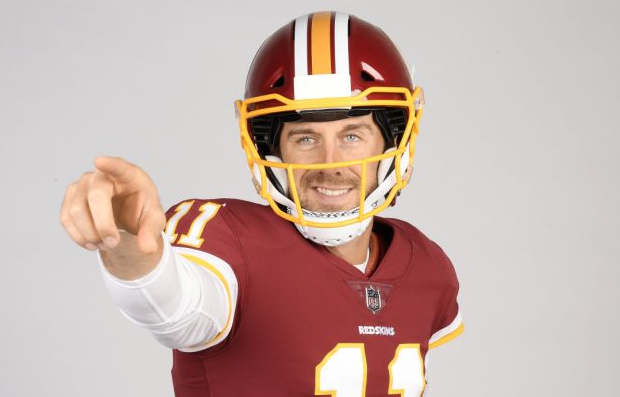 For those who didn't read, last week, our makeshift transitional content management system (the bit where I type this stuff...) deleted all of my hard work on Upset Watch. All the stats, all the reasoning, everything. Unfortunately, that's just how it goes sometimes.

The good news is that we’re adding a new system that will prevent that, as well as allowing me to add better styling to future articles. Most importantly, it’ll have an autosave…

Now, this week I went a bit further into our database and began to pull out more stats for you than ever before. This is something that will form the core of our analytics platform next season, but for now, I can still use it on a weekly basis to pull out the basics. If we added 90 more factors, it would begin to approach the power that we want to be at your fingertips next season, but for now, here are the basics.

Upsets are coming down

Want to know what happens to upsets over the course of an NFL season? Well, as the bookmakers and fans adjust to who is good and who is bad, upsets fall commensurately. Where in Week 2 we expected 9 upsets based on the past 5 years data, in week 5, we expect just 6. That may not sound like much, but shifting the expectations from a majority of games being upsets to a minority is a huge change in our position.

With upsets becoming harder to find, it makes it even more essential that we find out not just how many upsets are likely, but where they’re more likely to occur. With that in mind, here’s some crucial data from week 5 over the last 5 years :

That’s our starting point, we’ll delve deeper into some numbers regarding the size of spreads and context of those figures in the blurbs below, but for our overall projections, we’re going for:

So we’re going to be conservative this week, particularly given the makeup of the games we’re picking. Road underdogs are not only more prevalent, but also make up 75% of underdog victories from 2014-2017, and that sample size is big enough (23 games) to suggest that we can use it to make this decision.

So with that in mind, we’ll be going for 6 underdog victories this week - 5 road dogs, and 1 home dog.

Last week was our first losing week since 2017, with a 2-4-1 record. I don’t want to be the bad-beats guy, but we could well have been 3-3-1 without one of the worst calls I’ve ever seen in the Cleveland @ Oakland game, where a Derek Carr strip-sack was blown dead as he was contacted, for no apparent reason that could be seen. Literally, the guy was standing there, and as the Cleveland defender hit him, the play was whistled dead. See the gif below to see just how poor this call was…

But I digress, losing weeks are just part and parcel… back to the drawing board this week with an overall season record of 12-8-1, good for a still excellent 57.1% on the season so far

Our analysis of the spread history continues. We class anything +5 or above as a ‘big spread’, and anything +3 or below as a small spread. Over the last 5 years, 42.8% of the upsets over that time have been ‘big spread’ wins, meaning that if we play by our rules (and we do…) we need 2 big spread, road underdogs.

Washington, in case you have missed it, are a better team than we are generally giving them credit for. The Saints defense is abysmal, so in terms of Washington being able to score points, this one could well be seen as a shootout, but I’m not convinced.

This is the best defense the Saints have faced since Cleveland in week 2, when they put up just 21 points and sneaked it by a field goal. The Redskins will be able to match that - if not better it, I believe.

Our other bigger spread comes in LA, where the Chargers seem to alternate between brilliant and mediocre on a weekly basis. Last week against San Francisco was a wake-up, and while the Niners are perhaps slightly better than people gave them credit for with that 9.5pt spread, scraping a home win after concussing your opponent’s QB doesn’t exactly scream reliability.

The Raiders are -despite their ‘fortune’ in beating Cleveland - better than their record suggests. I though Josh and John made a good point on today’s Pickwatch Live, that with Donald Penn lost for the season at LT, they will now be forced to rely on a rookie in Kolton Miller, but as a first rounder, don’t be surprised if he has a better game than expected.

What I particularly enjoyed last week was watching prime Marshawn Lynch in action. His jitterbug style is impossible to handle for defenders, even at the grand old age of 32 (that’s three years younger than me… wait a minute…), but his punishing style will be a big crutch for the Raiders in this one.

This would fall somewhere between the lines. We need one ‘medium’ spread, and this fits the bill perfectly, because what I saw of Josh Rosen last week impressed me greatly. No fear, good velocity, and of course, his much questioned accuracy was not an issue, and I don’t expect it to be on Sunday either. The Cards will need him to improve if they’re to beat the bug guns, but I do think they might have enough to beat the 49ers.

C.J. Beathard is a crazy, gunslinging QB, and that doesn’t bode well because the Cards D is very much able to cause problems for that type of player. I’m not convinced by any of the 49ers offensive weapons at this point, and it may be a low-scoring game that one team edges. I like the chances of a field goal victory for one team, so the points are my choice...

We need a low spread road ‘dog, and the other options were Minnesota (@ PHI), Dallas (@ HOU), Jacksonville (@ KC) and Atlanta (@ PIT). Now, my thinking is pretty clear here. The Broncos are a better team than the rest of those on that list, and while I like Minnesota (they’re top of the ‘maybe’ pile, I think the Broncos will win in New York.

The Jets really struggled last week, and Jacksonville -while a formidable defense - are certainly not consistent enough to believe that the Jets couldn’t have made a go of it. Unfortunately, I think the writing is very much on the wall for Todd Bowles, and once that kicks in, it’s hard to see how it ends well. You hate to label anything ‘must win’ in week 5, but the Jets may be in rebuilding mode before the season even gets going…

Our methodology calls for one of the three low-spread, home underdogs to win. Why not Seattle at home to LA? Well, because they would be the first home ‘dogs to win in week 5 with a spread of 5 or more since 2013. Of the 9 home underdogs to have won in week 5 in that period, 7 of them have been with spreads of less than 3.5.

Sound quirky? It actually isn’t. First of all, road ‘dogs get bigger spreads, which is a natural consequence of the way betting works. Nobody likes taking road underdogs, so they tend to naturally drift out or stay high, while the flip side is that nobody likes picking against a home underdog, so those spreads stay low. It’s rare for a team to be underdogs by +5pts at home, in fact it has occured just 7 times in 71 potential week 5 matchups over the last 5 years, with a record of 2-5. The last two being the aforementioned games in 2013. Since then, over the last 4 years, the record is zero wins, five losses, no covers. Grim reading.

Road dogs are more likely to occur than home underdogs (46 vs 23, with 2 pushes), but there has been an average of 1 per year over the last 4, and that stacks up with the percentages and the number we see this week.

So, Detroit, Buffalo or Cleveland? I’ve plumped with Detroit because despite my growing belief in Cleveland, Detroit have the best team and the best chance against a divisional rival that is not too far ahead of them, if in fact they are ahead at all. An interesting wrinkle is that this game rarely takes place so early in the season. This is only the second time since Matthew Stafford was drafted that he’s faced the Pack before week 10 at Ford Field. Think that doesn’t matter? Well it does. Week 17 (the week in which this matchup occured in the last two seasons) is a very different time of the season for all concerned.

But honestly, the Lions are a good team and deserve some respect here. The Packers are only barely favorites in any case. Much like the Redskins, I think the Lions are ‘that team’ who will screw up a lot of the easier looking games, but really mess with bigger teams because of their big play ability and top 10 defense. They’re particularly good against the pass, while being worst in the league vs the run. What does that mean when you’re playing the Packers? Good things.

Here’s the rest of this week’s games:

Minnesota (+3) @ Philadelphia - I desperately want to pick Minnesota here and this one, I make no bones about it, is not based on anything except gut, so I’ll keep it out of our upsets category.

Baltimore (-3) @ Cleveland - similarly, I really like the Browns, but the Ravens need to be taken seriously at this point. Maybe, just maybe, they’re a good team after all…

Dallas @ Houston (-3) - The Texans found their groove last week. The Cowboys are just plain off the wall.

Miami @ Cincinnati (-6.5) - I don’t love the Bengals here, but I do think they probably have enough firepower to put this one away.

Atlanta @ Pittsburgh (-3) - Similarly to the Ravens, I am not a fan of this Steelers team, but the Falcons are really on their bare bones defensively.

Jacksonville @ Kansas City (-3) - note the spreads are all around this range for the hard games. The Chiefs are good enough to give the Jags a big time pounding.

Tennessee (-5.5) @ Buffalo - My only thing here is a Josh Allen TD or two. That kid can run. The Titans are sneaky good with Mariota at the helm.

NY Giants @ Carolina (-7) - The Panthers overmatch the Giants in almost every department except receiver.

LAR (-7) @ Seattle - Again, for the reasons above, but also because I am a fully paid up member of the Jared Goff appreciation society (we meet third Sunday of every month and it’s a hoot).

Keep your eyes peeled tomorrow for a brand new way of interacting with Pickwatch, as we launch a forum!