Week 4 needs some upsets, and we have some great stats for you to make your selections with. Did you know that teams in one situation are 0-5 this season? Find out when teams simply just don't win inside... 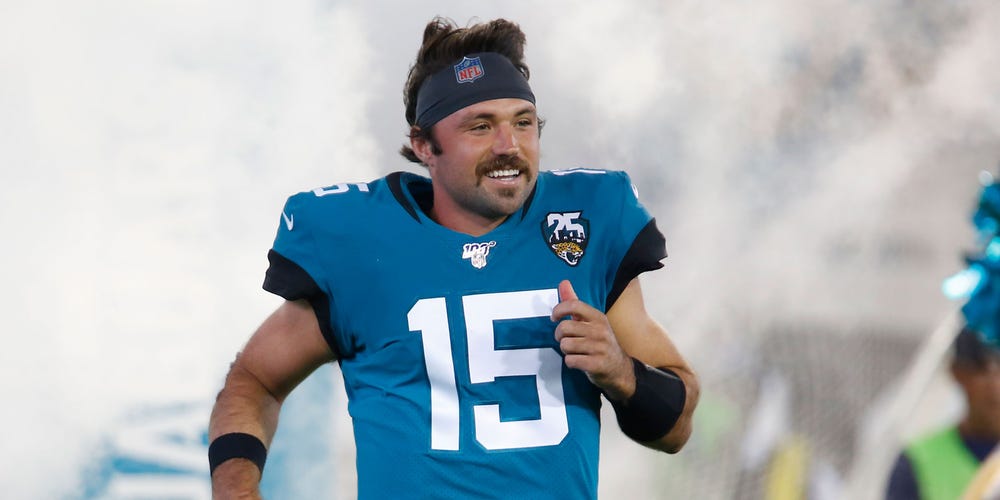 We move on to week 4 with a feeling that upsets are starting to become more prevalent in 2019 than in previous seasons, but before we get into the stats to prove that one way or another, some news on Pickwatch Pro!

In October, we’ll be launching Pickwatch Pro, our first ever subscription service. We now have a definitive feature list and price, we’re currently working with our payment provider to ensure that you can administer your account easily from your end and that all your payments are secure. We’re using the world’s biggest online payment provider for this, so we’re taking your business very seriously indeed.

But what will you get for it? Well, we're offering a huge bundle of features!

Our ETA for this is in the next few weeks. Until then, sit tight and read Upset Watch! As ever, get in touch via the intercom button if you want to express an interest in our Pro level.

Last week was… well it wasn’t disastrous, we nailed the NJ and Dallas covers of big spreads and the Giants cover, and we’re still 3/3 on Upset of the week, but we whiffed on a few too. Let’s put that right in week 4.

Week 4 historically sees us drop below the 7 underdog covers threshold for the first time in the season. That 6.8 average over the last 6 years is still pretty high, and given that each week of this season has seen underdog covers at a higher rate, I think 8 dogs and 8 favorites is a good start.

But where are we going for our dogs? Well, here are the stats:

The interpretation? Road underdogs are good at winning games where there is only a narrow perceived advantage. In fact, they win the majority of those games, and they cover at an even greater rate. They don’t really win games with bigger spreads, but they do cover at a 2:1 ratio.

How do we interpret home ‘dogs? Well, if it’s over 4.5, LEAVE IT ALONE. No team has so much as covered a spread of 4.5 or more in 2019 yet, and while that will change, it’s not a good indication if teams are fancied to lose that heavily with a home advantage.

So that means we want 8 underdog wins, and the makeup will be:

As we are missing a home dog for our list,__ we’re going to add a single home underdog of 4.5 or more to cover,__ because there are as many this week as in the entire season before now, which would make for a remarkable trend if we were to continue without any covers from that tranche of games.

Our take: Avoid this game. The Eagles have been terrible vs the spread in 2019 (0-3) and while they’ve yet to play a game as underdogs, they are up against a team that is 3-0 ATS and 2-0 as home favorite in the Packers.

We like the Panthers in this one. Carolina is 1-0 as an underdog and the Texans are 0-1 as home favorites. It’s looking a lot like Kyle Allen will get another start for the Panthers, and may end up be the guy for a number of weeks. The Texans are better than Arizona, but not by enough. Road cover!

Another road cover as the Browns, who face a Ravens team that racked up wins against the Cardinals and Dolphins, but who will face a sterner task in week 4. The Browns won’t win, but they can stay within a touchdown, as they did last season in both games.

Frank Reynolds shaking head gif. NOPE. This is the first in a run of three tempters. We like the Lions, and if there were a team here that we’d be saying could be the first home underdog over 4.5pts to cover in 2019, it’d be them, but the stats don’t like this.

I mean… the cover is probably a better bet here if anything, as the Chargers have struggled to put up points, but that would also rely on the Dolphins scoring some. Let’s just play safe and stay away from the home dog.

Nothing would give me or any other right thinking person more pleasure than Tom Brady being upset in Buffalo, which he appears to consider something of a gimme. Unfortunately, however, this is not misplaced confidence. Brady has only lost in Buffalo twice in his entire 18 game career there. The Bills wouldn’t have even covered this spread in any matchup since 2013...

Ok, now we’re talking. This one even feels like an upset doesn’t it? The unfancied Raiders? The surprise Colts? We’re taking Oakland to cover as we have no choice, the math methodlogy said that we have to pick 3 games that are road covers over 4.5, and there are only 3 games. Are you happy now? (PS: We really like Jacoby Brissett)

Er nope. Don’t like the Titans in this spot or the Falcons as favorites, for that matter, but Tennessee look like a shell of an offense, while Atlanta just seem to be struggling to convert at times. Matt Ryan seems to be struggling but he did engineer a good home win against the Eagles, and they have a tougher schedule than most. Let’s give them a break.

This one is one of the lower spreads, it actually feels about right. The Redskins can’t buy a win, but can they cover? It has the hallmarks of an upset, but we’re being strict with ourselves after last week’s mediocrity and taking the home Giants and Daniel Jones.

Oh, an interesting one, falling just over our boundary of home underdogs over 4 points. This game is actually a rematch of last year’s week 4 too, where the Seahawks won 20-17. The Cardinals, depending on how you look at it, have either not failed to cover as underdogs, or have not won at home yet.

Meanwhile the Seahawks are even more flaky. They have won 2 games by a combined 3 points, and failed to cover the spread as favorites yet. This is our one rule-breaker.

Saturday edit: In the spirit of keeping with our stats, we're going with the Seahawks.

Boy does this one scare us. Like the Raiders, there’s a reason the Bucs aren’t favored or even expected to stay within a TD, but like the Raiders, we’re being physically and mentally forced to pick them because that’s what will make us money. Remember, the reason the house makes money is because we get scared by underdogs. Just keep chanting that and maybe the Rams will play terribly as they can do on occasion...

Ah, now this one feels like a better game for an upset and road win. The Jags are a good little unit, with a solid enough defense, albeit without it’s best corner. The Broncos look shattered, and it was hilarious watching the game against Chicago when someone in the commentary referred to him as ‘Joe Cool’ as if this is a nickname that people would associate with him on any level. Joe Flacco is about as cool as wearing a leather jacket in a sauna, ie: NOT COOL AT ALL.

Originally, this was in our wheelhouse, but the Vikings are 0-2 against the Bears under Matt Nagy, and last week was a walkover victory against the Raiders. This will be a huge test for both teams, in fact, it’s no exaggeration to suggest that the loser will already be a long shot for the playoffs in arguably the toughest division in football. The Bears have been scraping by, but they have yet to give up more than 15 points in a game - this one will be close, but not that close.

So, the Cowboys are 3-0 ATS and they look good. Real good. The Saints really aren’t my first choice here, but they are, in fact, our only option. Yes, the Saints are the only team with a spread less than +4 at home this week, and that means we are taking them come hell or… Bridgewater.

The Bengals are actually 2-0 as underdogs, which is not exactly a big sample size, but is definitely worthwhile information when they play the Steelers and Mason Rudolph. What is most worrying is his 51.9% completion percentage, and the Bengals can score points, even in defeat. This has the air of a game the Bengals can not only cover, but win.