Upsets in week 2 are a pretty sure thing, let's take a look at the stats and make our picks for this slate... 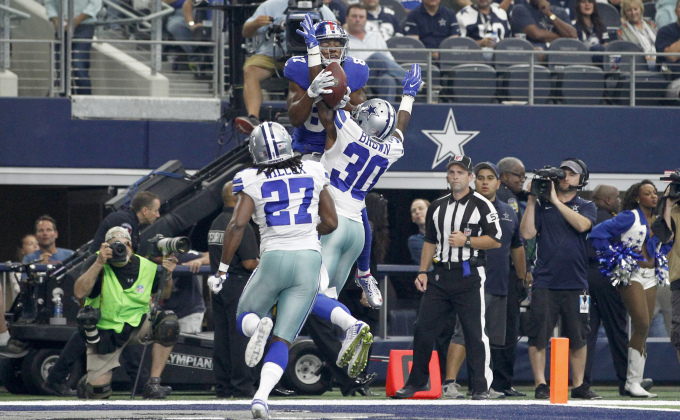 Every NFL season is different, I learned that a long, long time ago. Part of what I do at Upset Watch is work out how many upsets are likely in any given week, based on historical figures that we have right here. What is the point in selecting 8 straight up underdogs in week 1, if the average number of 'dogs who win is 4?

Let's investigate our own data here at Pickwatch as a good starting point in week 2.

What are we learning? That in week 2, a LOT of favorites lose, historically, vs the points spread, over the last EIGHT seasons, not once have we seen more than 50% of favorites win, and just once have they had a winning record. That's not supposition, or a small sample size, that is eight years worth of data, enough to say that regardless of the outcome of this week's slate of games, the right thing to do, statistically speaking, is to consider the spreads in week 2 as a work in progress...

My take? Week 2 is an overreaction week. Nobody knows where they stand, and there's a tendency to go to extremes with unfancied teams () or make excuses for those that the bookies and public love.

With that in mind, this week we'll be selecting 8 underdogs (the average over that time is actually 8.5) and a maybe.

We're going to polish this up over the season, but here's last weeks' record:

A decent start for us. I always think the key to good ATS picking is to know when NOT to pick, which is why I would very rarely say that anyone should pick every game to bet or pick. You have to know when something is a play, and when to walk away - having said that, I do include the full record in the weekly round-up so you can see that in practice.

I was happy with the Chiefs, Redskins and Bears picks in particular, as these were all relatively clear picks, so it's always good to chalk up a few wins on games you have a strong indication one way or another.

The Giants are a better team than the Cowboys, who have major problems and are only favorites here because their name is the Dallas Cowboys.

Put simply, Dak Prescott looks in real danger of flaming out quickly at this rate. Last year was bad, but the start to last week's game against Carolina was spectacular in it's ineptitude. I'm always loath to go QB v QB, and in this case I wouldn't really consider Eli to be a huge upgrade, but who he's throwing to? Yeah, Evan Engram and OBJ are legitimately two of the most athletic, physical pass-catchers in the game, whereas the Cowboys are a very anaemic unit.

The Giants were unlucky last week. I know that's a cop-out in some ways, but they were arguably the better team for periods of their game against the Jags, who are one of the best teams in the league, despite their QB 'situation'. I fear for what the Cowboys defense may face by the end of this game...

Yes, ladies and gentlemen, let it herby be said that I believe the Cleveland Browns, the Factory of Sadness, will at least cover the 8.5pt spread in New Orleans. It's a tough ask, but let's make one thing abundantly clear: The Saints are not a good defense, and the Browns have finally, in Jarvis Landry and Carlos Hyde, invested in the exact type of solid, dependable veterans who will catch the ball and get them yards on the ground.

For too long, the Browns have tried to go against the grain with their skill position acquisitions, when what they needed was simply reliability. Oh, and a QB, which they now have in Tyrod Taylor. Is he a world beater? No. Will he get them 5 scoring opportunities a game? Yeah, he will. That number will likely be bigger in both number and successful conversions against the porous Saints defense.

Of course, it's the Browns, and like everyone else, you can make the excuse that 'until they win I can't pick them' - well, as you saw above, there's simply no more likely moment than this for them to at least cover. I say take a large spread and two teams that are headed in opposite directions. The Saints are exactly the type of team that punters love, yet exactly the type of insane, boom or bust team that at some point will implode. Bigly.

The Pats are still, in my view, overrated. That may be a difficult sell if they beat Jacksonville on the road, but I sincerely think that the Texans played a bad game last week, and the test of any team is not when they face bad teams, but when they play those towards the upper echelons of the NFL. More on that as the season progresses...

The Jags are serious Super Bowl contenders by any metric except competent quarterbackery. Their defense is legitimately in the top 5 in football, their playmakers good enough to make up for Blake Bortles (who amusingly always auto-corrects to 'Blake Bottles' in my phone)... I think this one is their big statement game, and the hype train that comes with it, although not completely new after their run to the AFC title game last season, will begin earlier than ever, bringing it's own challenges.

Much like the Pats and Steelers, the Falcons are perhaps slightly overrated by the public. The Panthers are a very difficult team to predict. Despite a good ATS record in 2017 (9-7), they do tend to be very inconsistent. I have a theory about Cam Newton and this Panthers era - they're great underdogs and at their best when they're up against it. A +5.5 spread is, to me, an open goal for Cam.

The Falcons are in serious trouble on defense. Make no mistake, that Eagles team last week was not great, and they are now down two major pieces in Deion Jones and Keanu Neal. I really am not sure what to make of Matt Ryan, but as John and Josh pointed out on today's Pickwatch Live, it could be that this is a problem that is about to get a lot better, and his general trajectory is pretty grim reading for a franchise that relies on him heavily.

I'm big on the Chiefs and I'm really not big on the Steelers. The worry would be what AB and JJSS (are we doing that? We should do that) can do to this Chiefs D, but I know my Big Ben games, and this guy is ready to give us a big ol' implosion game and set the tongues a-waggin'. I make this Ben's last season, and I also feel that the Steelers will really miss Le'veon Bell's ability in this one now that teams will be ready for John Conner.

The Chiefs are just explosive. Every one of their receivers is a big play threat, they have great running backs, a top tier TE, a great O line and... well let's not go into the defense. I make the Chiefs close to the Steelers, so a nice big +5 spread in a week this unpredictable? Yep. We're taking it.

If Aaron Rodgers plays, I'm still taking the Vikes. They're a complete team. A Jags/Vikes Super Bowl would look great to me, but I appreciate that Rodgers is a game breaking player. The thing is, this Packers team, as I said last week, is not one for the Lambeau HoF. They're average across the board, and a lot depends on Rodgers, in fact they really are taking the Seattle/New England 'get rid of everyone good and see what happens' theory too far.

After week one's wake-up call against Chicago, the last thing the Packers will relish is another divisional game against one of the league's top defenses. Bad times await.

I hate Ryan Tannehill. Not as a guy, just as a turnover machine. He makes this one so difficult to predict, because on the one hand, I think the Dolphins played very well in extremely unique circumstances last week, but on the other, he just seems to have at least 2-3 needless turnovers in him each game.

Sam Darnold played well on Monday, but I'm not buying the hype. The NY media have a habit of turning every semi-competent QB they get into the next Broadway Joe. Remember when Mark Sanchez was dating Kate Upton and on the cover of GQ? Yep. Darnold is about to enter that territory. For that reason alone, we should all - Darnold included - do the right thing and hope for a Dolphins win. Also, the Dolphins are sneaky underrated this year.

This is a tough one. The Colts are not as bad as 5.5 points, which is fundamentally the question we are being asked. I can get behind a Washington win, because they will surprise people this season, much as I said last week. Let's be clear though - that doesn't necessarily mean a perfect season, it means that they will sometimes outperform expectations. I don't see them doing that this week, which I believe will contribute to our 8th upset.

Eagles @ Bucanneers (+3) - almost made the cut. The Eagles aren't great, the Bucs have good pieces.

Seahawks @ Bears (-3) - Seahawks are always in it, but the Bears are going to be good.

Ravens @ Bengals (-1) - The Ravens beat a diabolical team. The Bengals beat a good one.

Cardinals @ Rams (-12.5) - The Rams are strong enough to put the Cards on notice that the Rosen era will come soon.

Lions @ 49ers (-5.5) - The Lions looked really, really bad on Monday. The Niners are overrated, but not by that much.

Raiders @ Broncos (-5.5) - Emmanuel Sanders and co could enjoy a big win here and invite questions about Gruden and/or Carr.

Agree? Disagree? We've got a new forum launching very soon, which will give you a chance to offer your own upsets for others to see. We'll have a big update on that soon.