The last truly competitive week of the season, can the underdogs maintain their intensity against teams with something to play for? 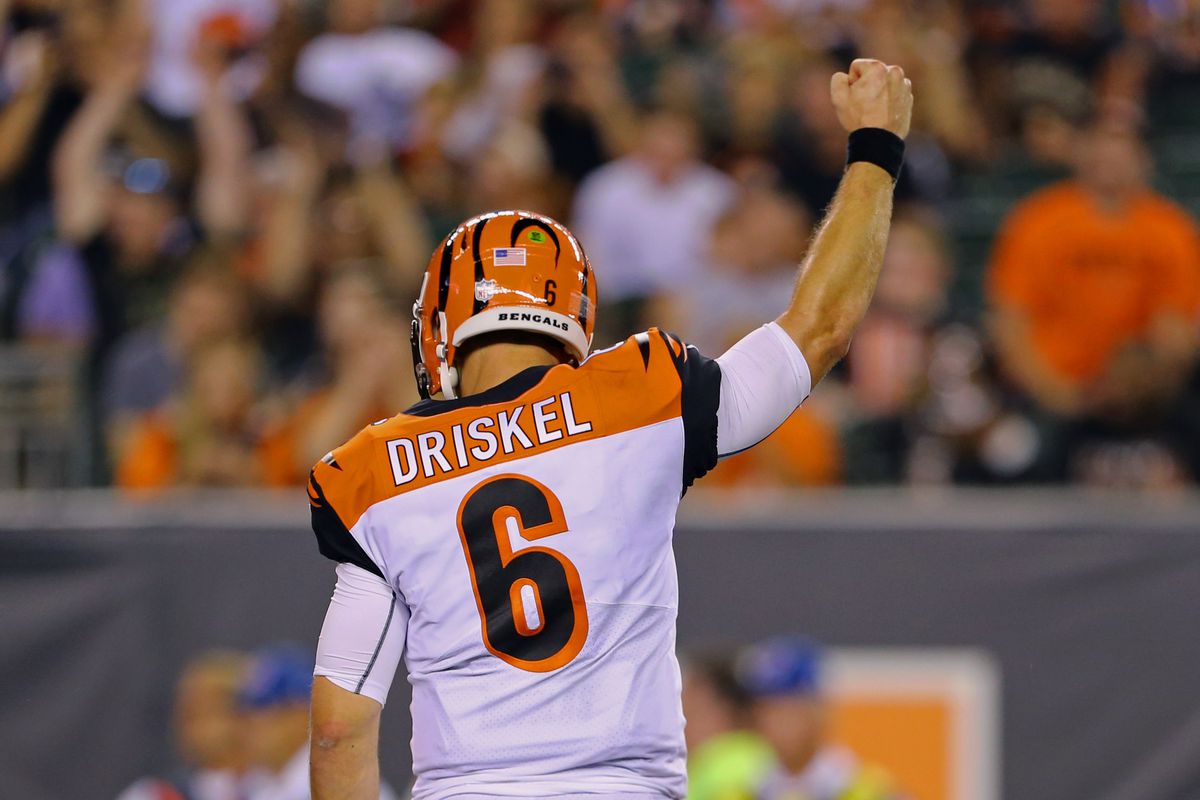 The Bengals, despite their elimination from the playoffs, are fighting hard in every game. I guess this is what can happen if you end up with younger, hungrier players in place of the Daltons of the land guiding you through these last few games. They beat the Raiders easily and pushed the Chargers very close on the road the week before.

I don't read too much into the first meeting of these two teams. That was the game where Dalton hurt his hand, after managing to guide the Bengals to a 21pt deficit. From that point, both of these teams have been different, but I have faith in the Bengals to use Joe Mixon and Driskel as an effective combo.

There's an edge to this game via Hue Jackson's presence on the Cinci sideline that I think incentivises both teams to play harder than expected, but I think ultimately there are way too many points on offer to believe too heavily in a Browns team that has squeaked a few narrow victories of late.

The reverse of the game above is that I don't particularly believe in the 'skins, but I do think that the Titans are always slightly in danger when the spread gets this high. Loet's not forget, Tennessee have scored over 30 points just twice all season long (vs the Jags and Patriots), but more accurate is their 19.1ppg average over the season. Washington have scored 16pts in both of the last two weeks, and I believe that Josh Johnson can at least get them points in myriad ways (he's a big rushing threat) that will prevent an embarrassing blowout.

If the 'skins have any sense, they will realize that the Titans are ranked 30th in the league in passing yards per game, and 5th for rushing. It's not rocket science what they're doing, and they're definitely not 10pts worth of favorite for me.

Technically this should fall under 'upset of the week' on principle, as it's the main game that I think the underdog can actually win, rather than just cover, but we'll ignore that and move past it. If you start questioning things, then nothing makes sense, as a great man once said.

The Seahawks are hittig stride at the right point, and while their loss to San Francisco is a concern, they have played well against the closest counterpart to the Chiefs, the Rams, in both of their matchups this year. The Seahawks lead the league in rushing yards, an unusual dynamic for a team that has struggled for a number of years with the run.

The Chiefs are riding the loss of Kareem Hunt well, but they haven't covered the spread in 5 games, or in 6 of their last 7. Indeed, their last cover was in Cleveland at the end of Hue Jackson's nightmare (as it's officially known) tenure as head coach there, all the way back on November 4th. Sure, this is the type of spread that they rarely face (small favorite) and that makes it inviting, but the Seahawks have the biggest incentive to clinch a playoff place of the two teams, with the Chiefs now officially in one way or another.

The Eagles have a lot to play for, but the eulogizing of Nick Foles is weird. Sure, he's not the worst QB ever, and yes, he has his moments, but this is still a guy who has thrown for just 1 TD this season in 3 starts. The Texans are young and hungry, the Eagles are in the middle of seeing their crown slip, and prolonging the inevitable.

Last week I made the point about Houston that they had two choices after their loss to Indy in week 14: Either capitulate and doubt themselves, or prove their mentality as winners. They did the latter. I also think that they may have something to prove as underdogs. They have not been 'dogs since week 8 against Denver on the road, and this is added disrespect to a team that has won nine of their last ten, facing a team who has gone 5-5 in the same span, with a backup QB at the helm.

I said it last week, but now is the time to pile on against the Broncos. They have lost their major playmakers and averaged just 15pts per game since they lost Chris Harris and Emmanuel Sanders. There really is no reason to consider them favorites. In the reverse of this fixture, the Bconcos won on a last second field goal by a sincle point. Not exactly convincing.

Most importantly, the Raiders are a mess, but the Broncos are quite clearly an even bigger one. Vance Joseph is (somewhat unfairly in my eyes) going to be the scapegoat for John Elway's poor roster management, the injuries are mounting, and everyone seems relatively happy to knock the season on the head. The Raiders know this could be their last game in Oakland, and that'll either go really well, or really badly and end in a riot.

I'd be lying if I said I didn't want to see the latter.

This one scares the living crap out of me, as Josh might say. The Saints are aof course, a hugely high powered offense, but they are averaging just 16ppg over the last 3 weeks, a staggeringly poor run of form for a team that was judged the best i the NFL at one point.

Meanwahile, the Steelers have kept things close even when losing to the big guns. They beat the Pats, Falcons and the good version of Carolina, and kept within 5 of KC and the Chargers (a little known disco tribute band). The Saints are always capable of dominance, but recently their star has faded, and more importantly, the Steelers are in absolutely-must-win-right-now-or-else mode. They could still find themselves out of the playoffs if they lose even once, which means there is no limit to what they will do to win. NO. LIMIT. Think Ben scrambling, sneaking and working the ball any way he can into the end zone. That's the difference when a team has their entire season on the line each week, and why I'm taking Pittsburgh.

The rest of the week's slate, in order of potential underdog cover: