Three early games this week means three opportunities to see what happens to the underdogs in prime time... 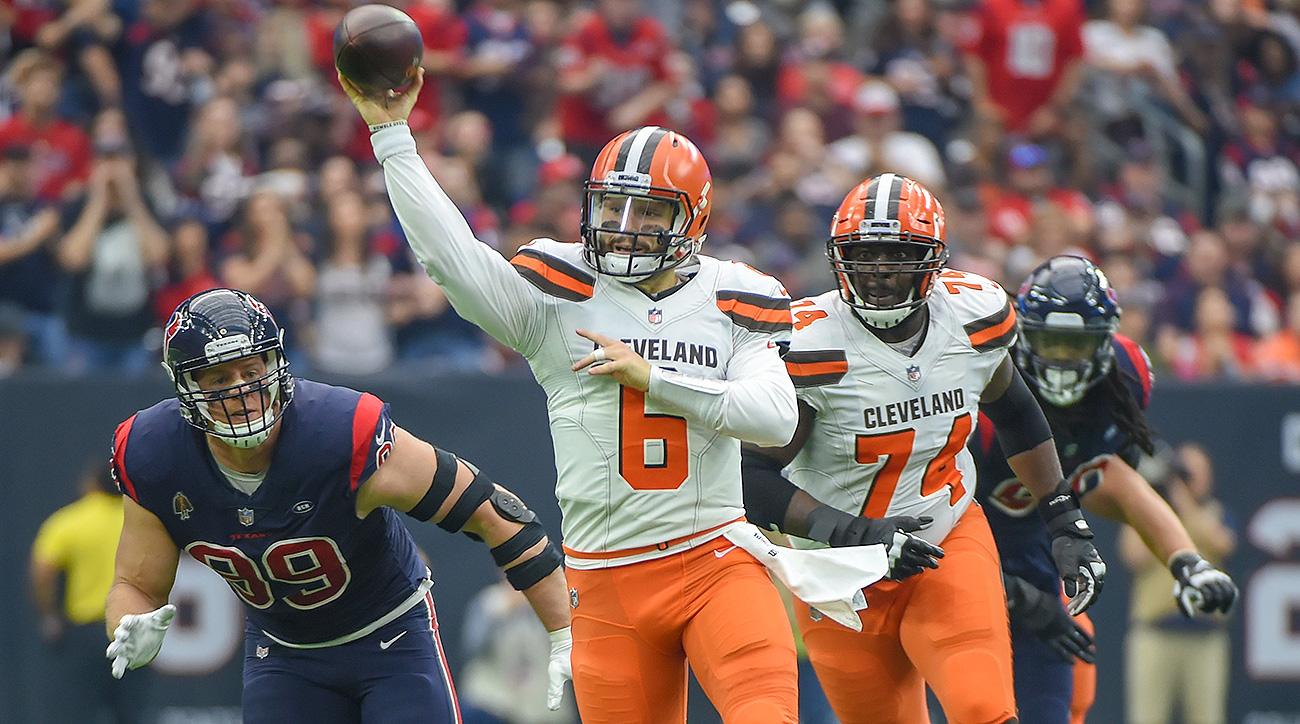 Confused? You should be. This week there are two games on Saturday to contend with, and rather than bundle them in with the Saturday Upset Watch article, we'll take a look at the Texans/Jets and Browns/Broncos games along with Thursday night's big game.

Read on to find out whether we think any underdogs could win in this early batch of games...

This looks like such a good game on paper. The Chiefs have been squeaking over the line over the last few weeks, and the Chargers look like a solid playoff team who are winning against teams that they perhaps shouldn't.

I don't think missing Austin Ekeler will hurt the Chargers as much as you'd think. In spot duty this season, Justin Jackson has managed a 5.1 YPC on 27 attempts. It's notable that his extended play against the Cardinals and Steelers yielded an impressive 8.1 and 7.9 YPC too. Sure, he was shut down vs the Bengals last week, but these things do happen, and most importantly, it seems that the Chargers can remain balanced with him in the lineup.

I'm going to try not to exaggerate, but these two teams are trending in opposite directions in some respects. The Chiefs have covered just once in their last 6 games, edging wins against teams they were favored to beat handily. Meanwhile, the Chargers are 3-1 as underdogs this season and have every right to feel that they can hang with the Chiefs, averaging almost 35pts per game over the last three weeks.

I think the Chargers will get close, if only because the Chiefs have been letting teams get within touching distance for weeks now. This one might just go over the edge.

As much as last week's performance may have buoyed Jets fans and as much as the Texans screwed up against the Colts, thosetwo games were of almost no use in predicting this one. The Texans lost to an underrated and high-powered Colts team (we had this one in this column last week), while the Jets beat... well they beat the Bills, a feat that in hindsight, was not that great of an achievement.

Sam Darnold is finally healthy, but Isaiah Crowell isn't, so one step forward... Look, the Texans are in fine form and let's not dress last week's loss to the Colts as anything too big. A loss to the Jets might indicate a problem with underestimating opponents, but until that is the case, it'd be unfair to predict anything other than a big texans win - oh and they covered 5 of their last 7, too.

The wheels seem to be falling off for Denver to some degree. It's incredibly difficult to win without your most reliable wide receiver (Emmanuel Sanders) and your best defensive back (Chris Harris). Those two injuries may just have extinguished the chances of this team to make the playoffs. They'd now need Tennessee, Miami, Indy and Baltimore or Pittsburgh to lose at least one game more than them over the next 3 weeks, in Baltimore's case, two.

Of course it's possible, but it also relies on the Broncos winning their games against the Browns, at the Raiders and against the Chargers. It's crazy to say about a team one game back from the wild card spot, but the Broncos just aren't scoring enough points to feel confident in winning any of those games. Over the last 3 games, The Browns average 24.6pts, the Raiders 24.6pts, the Chargers (as above) 35pts. The Broncos? 20.6, and they have managed to score more than 25 just twice all season.

I've got a lot more time for Vance Joseph than most. He's been put in a difficult situation because John Elway has drafted poorly and acquired the wrong quarterbacks at the wrong time consistently since the Peyton Manning deal 6 years ago. Case Keenum is ok, but he's not mercurial enough to deliver with a young team who are missing key veterans on both sides of the ball.

The Browns have turned things round in style, winning 3 of their last 4 games. I'm a huge fan of Baker Mayfield and the way he carries himself, but most importantly, this team is genuinely good on both sides of the ball, and has enough talent to win more games than it loses next season. I think the Browns will win this one, after which the Broncos will fire Joseph and Elway will again go into the 'who can I hire to deflect away from my poor decisions' mode that he's become accustomed to over the last few years.