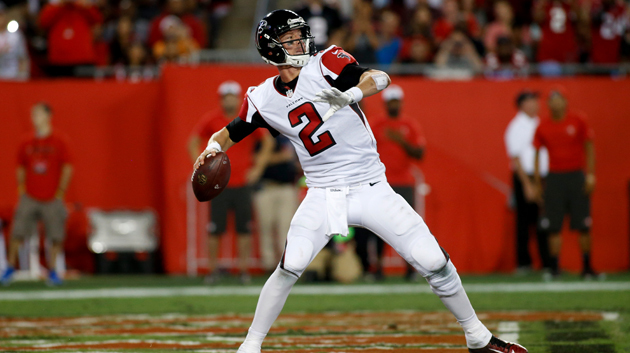 As we head towards the end of the season, it's time to start dialling back on the number of upsets we predict. Sure, there are still plenty ongoing, in fact last week there were again a high number of upsets, but as the season wears on, we start to see that the spreads are a little less tempting. 7 of this week's games are under 3.5pts, including the Sanchezed Redskins at home to the Giants. That should give you a good flavor of how difficult it is to get behind an underdog.

This week will also push many teams out of the playoff race officially. Sure, the Cardinals probably don't see themselves as a potential playoff team at 3-9, but incredibly, they're still mathematically not out of the hunt in the weak NFC wild card hunt. I'd expect the next few weeks to see some teams going into 'holiday mode', but there's still just enough to play for that some of the bigger spreads this week are slightly too early.

Read on my friends, for my picks o' t' week.

I don't think betting on a team that has either

is a good idea. Period. Philbin has never finished above .500 in his career as a head coach, and of course, while he's inherited a mess, there's scant evidence that he's the man to turn the Packers' ship around. Both of these teams are down and out, but a 5 point spread is a very tempting draw.

The 49ers have been poor, no doubt, but they have actually got a chance against a heavily beat up Broncos unit, missing arguably it's two most dynamic veteran players in Chris Harris and Emmanuel Sanders. There's a strong chance of an upset here as Sanders and rookie RB Philip Lindsay have been the two bright spots on offense, but losing Sanders and TE Jeff Heuerman make it far harder for Case Keenum in the pass game, and may lead to a very one-dimensional Broncos attack on Sunday.

Stay with me here...

The Chiefs are amazing, the Ravens... less so. But the Chiefs absolutely cannot stop the run. They have a league-worst 5.1 yards per rushing attempt against them, and the Ravens? They're coming with a HEAVY dose of the rush. Even if you know it, you can't necessarily stop Lamar Jackson.

The Chiefs look... vulnerable. Last week against Oakland they came within a whisker of a ridiciculous upset. Well, the Ravens are definitely better than the Raiders, but they also have way more to play for, whereas the Chiefs? they're almost guaranteed a playoff berth at this point. It's not that the Chiefs don't have anything to play for, but the Ravens are only in the playofs by half a game right now. There's a lot more urgency in Baltimore and I think that could make this the big shock of week 14 if the Ravens leap out to an early lead.

The Texans are on fire, the Colts just got shut out by the Jags... I have watched the NFL long enough to know that these things are almost always precursors to a complete reversal of fortunes and everyone shrugging the week after. This is one of those 'too easy' picks that ends up looking worse when you consider that until the Jags game, the Colts had also been one of the form teams in the NFL.

Oh this is a tempting number. The Bucs have improved under Jameis Winston recently and this game could be more even than it looks. Winston has 6 TD's vs 1 INT in the last 3 games, and the Bucs are right in the wild card hunt even now, just one game behind the 6th seeded Vikings.

I don't love this matchup but the points are too good to turn down here. I make it a 1 touchdown game, one of those tough divisional games that the Saints won't enjoy, particularly on the road.

The Raiders finally hit form last week after threatening for a few weeks prior to finally click. They were desperately unfortunate not to win against the Chiefs in a great game, but covering a big spread against a better team is definitely what they are capable of if they get going.

These games are always a little tougher for the Steelers. This is their first trip to the pacific time zone for a road game since 2015, and omly their 5th such game since 2012. Their record in the previous games? 1-3, including two losses in Oakland. Make no mistake, it's relevant while the Roethlisberger-Tomlin combination is calling the shots.

The rest of this week's games, ordered by chance of underdog cover:

Carolina (-1.5) @ Cleveland - This one is too close, but I think the Panthers will rebound in style New England (-8) @ Miami - The Dolphins are not great are they? 8 points seems like a lot, but it could get way out of hand. LA Rams (-3) @ Chicago - I'm a big Mitch fan, but I need to see how healthy he is. The Rams will be more nuanced with the scrambling thing. Minnesota @ Seattle (-3) - The Seahawks are playing as well as any team in the league right now on offense. Cincinnati @ LA Chargers (-14) - I like Jeff Driskel as a rushing threat, but as a passer? Not so much. NY Jets @ Buffalo (-3) - Like Trubisky, I need to see which Sam Darnold this is. The bad one, or the REALLY bad one. Philadelphia @ Dallas (-3.5) - The Cowboys are hot right now, the Eagles didn't handle them well a few weeks ago at home, it's going to be even harder on the road. Detroit (-3) @ Arizona - this was a tempter, but losing Christian Kirk makes it a tough sell that the Cardinals can score points. NY Giants (-3.5) @ Washington - Mark Sanchez will be playing QB for the Redskins.