Week 10's edition of Upset Watch features some curiously large spreads, and some good evidence that backing the 'dog in those scenarios pays dividends. Unless it's Buffalo... 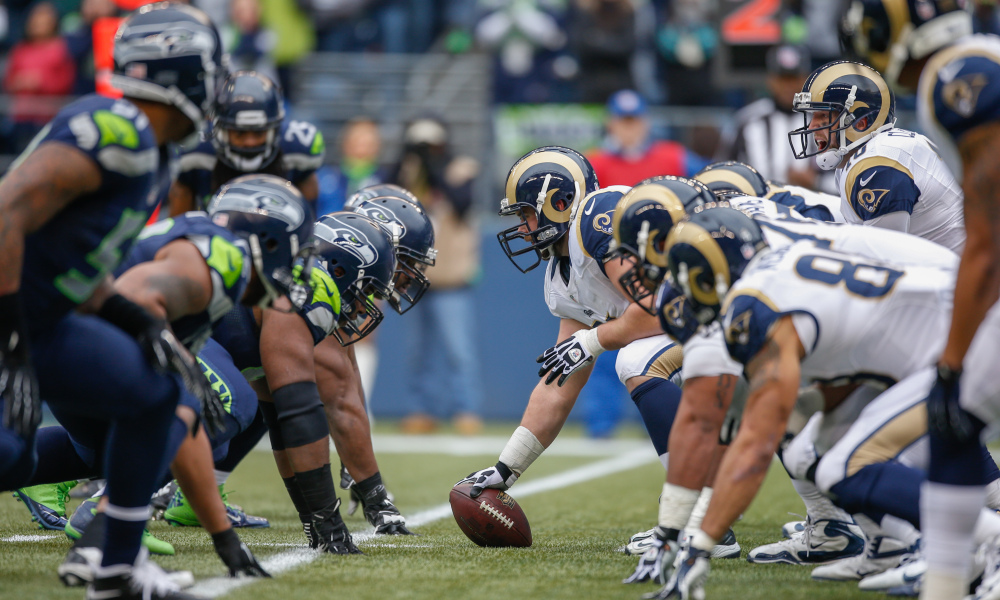 Here at Pickwatch we've had an exciting week.

The weekend saw the launch of one of the features we've wanted to do for a long time, adding personalized data to your profiles that lets you see exactly which teams you pick best, and pick worst. Why is this important? Well, we all have strengths and weaknesses, and sometimes we're completely oblivious to where we're going wrong.

Well, from this point on, not only can you see this for yourself, but you can also check out the experts and see who they pick best too. Neat, huh? And it's just the start. We'll be adding those stats for each team over the weekend, so you can see exactly who picks each team best, plus a whole host of statistical info for each team that should help you pick their games more accurately.

The Rams are coming off a loss, which is a position we have yet to see this season, but I think it's a pretty interesting Seattle team that they're playing on Sunday afternoon. First off, they're not giving up a lot of points this season (19.5, 5th in the league), so the Rams would be bucking quite the trend if they managed to post big numbers against them. That's not to say they can't do it, but in particular the Seattle pass defense has been excellent.

Then there's the Rams. Sure, they have a high powered offense, but a -9.5 advantage? This is the second highest spread for the Rams all season long (Arizona -13 in week 2 if you're counting), but they have only covered one of their last six games, a 39-10 pounding of the 49ers. The Seahawks have quietly put up a bunch of points over the last few games, including socring 31 against the Rams at home 4 weeks ago.

As much as I like the Rams, 9.5pts is a lot of points, and I feel like the Seahawks are an under-the-radar wild card team in the NFC who can keep this one closer than expected.

I hate this pick, but Ben Roethlisberger's broken finger is a factor here. The two teams themselves are alike in almost every defensive category, only on offense do they differ wildly, with the Panthers being run-heavy and the Steelers being pas-heavy... you can see where I'm going here.

If Ben is healthy, this game could be tilted in Pittsburgh's favor, but if he's in any way limited by the finger (which he won't know until he's in a game situation), the Panthers will likely be able to control the game as they are going to be able to limit the Steelers passing game and focus on the rush. I also think that the Panthers have hit a rhythm at the right time, just like Pittsburgh, and the spread is big enough to suggest they can continue their un of 3 straight covers.

These two teams... I really don't know if either should be considered 'favorite' in this game. The Bucs are the most lop-sided team in football, blasting out passing yards while neglecting the run entirely. Meanwhile, Washington thrives on underdog-ness, a word I have legitimately made up on the spot and stand by.

That's what I dislike about these two teams. They're very much all about the upset. I know, I know, I should love that, but it's hard to when they let you down from a position where you think you've got a handle on them. I said a few times earlier in the season that the 'skins are good underdogs, and I think this is a nice little spot to continue that theme after a period of being favorites.

Ah Josh McCown. The journeyman's journeyman. I really like McCown, but I think this is where the Bills SHOCK THE WORLD. Do I have any evidence? Not as such, if you're talking about traditional evidence that is fact-based, but in this new world that we inhabit, what if I just told you that the Bills are really good and the Jets are really bad? Would that work?

Technically, both of these teams are bad, I just think that the Bills, for all their badness, are only going to feel like a few games this season are truly winnable. This is one of them. It's NY or bust.

And it's probably bust isn't it? God why have I picked them?

This week did not yield a plentiful supply of teams that are well-qualified to be underdog winners, but I think the Bears have that annoying habit of capitulating or blowing leads. They did it in Miami, and they are up against the perfect opponents to make that happen again.

This isn't about Detroit. Let's start there. This is about the Bears, my Bears. They're probably the most annoying team in the NFL, because they'll only win when you absolutely do not expect it, and then flip it round by losing in this game and nervously blowing apart the NFC North race (which promises to be the hottest race of the season.

I think the Bears will lose this one unexpectedly. Well, not entirely unexpectedly as I'm now saying they will, but it'll be a surprise for a lot of non-Bears fans.

This one is LEGITIMATELY because big spreads are not looking great this season. underdogs are 8-5 when the spread is over 9 points, and Buffalo account for three of those heavy losses (WHY AM I PICKING THEM). If we discount every Buffalo game from the table of wild spreads, we get 7-2 in favor of the 'dog...

16.5pts. That's the biggest non-Bills spread this season by SIX WHOLE PONTS! And the Cards? Well, they covered their only appearance in that list when they stayed within 10.5 of the Vikings earlier in the season. I may not love them, but I equally think that when you're talking about more than two TD's, that's enough to back almost anyone.

Just not the Bills.

Now this one is a weird one. The Titans are 4-3 vs the spread this season and kept in reach of the Chargers, the Eagles and Texans. They even beat the Jags when they were a good team, and they're also on a hot run of one (ONE!) win in a row. Meanwhile, the Patriots are the Patriots. I don't need to tell you who they are, where they're from, don't care what they did as loooong as they don't cover the spread.

I think Tennessee has an inside track here, Dion Lewis and Mike Vrabel know enough about Bill Belichick to offer a particularly interesting wrinkle to this game and a bit of extra motivation.

The rest (in order of likelihood of upset):