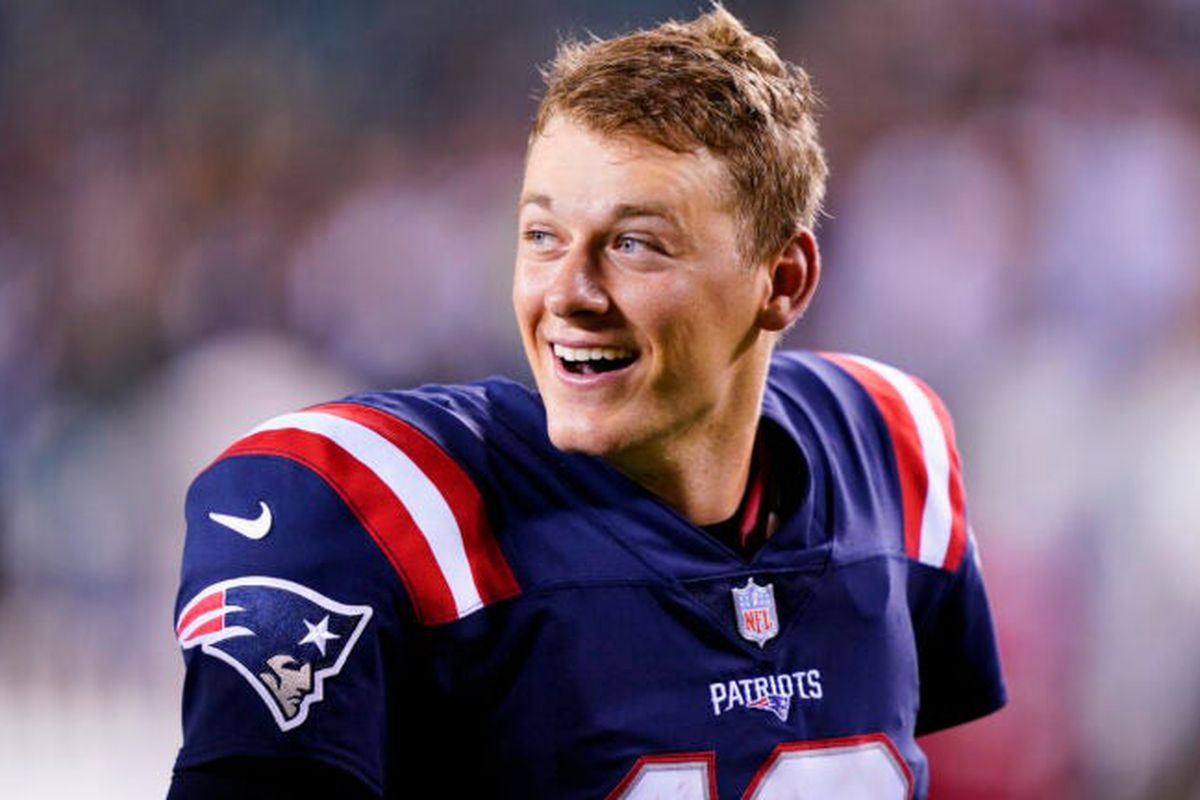 The Saints have some things going for them...no, really. Even at a (very) disappointing 5-6 with an offense that is floundering and turning to Taysom Hill, the Saints have a lot of pieces that make them a tough out. With Hill at the helm, look for the Saints to try to control the ball and play the play-action, zone read game. With the ball in the air, WR Deonte Harris is one of the best receivers in the NFL (No. 3 according to Pro Football Focus).

Meanwhile, when the Cowboys have the ball, it’s strength on strength. They have one of the top offensive lines in the NFL (still), including one of the best offensive guard tandems this side of the Cleveland Browns. Meanwhile, the Saints have the No. 3 rushing defense in the league. Look for the Saints to keep the scoring low and the score close, but the Cowboys have too much talent. Pick: Cowboys

According to Football Outsiders’ DVOA model, the Buccaneers are bringing the No. 1 offense into Week 13. Things are not perfect by any means, but it’s hard not to trust in Tom Brady to pick up a first down when he’s throwing to some of the best the NFL has to offer. However, as terrific has Tom as been, running back Leonard Fournette has been just as much a piece of the puzzle. His overall numbers aren’t fantastic, but his 39 first downs are tied for 10th in the league.

Meanwhile, the Atlanta Falcons have the No. 31 offense...that’s the Arthur Hill-led offense, the Matt Ryan-helmed offense, the stacked-with-talented-wide offensive playmakers (albeit often banged up or sitting out) offense. Pick: Buccaneers

Look for the Cardinals to feast defensively in this one. Not only is the Bears offense pretty terrible (no matter who is at the helm) but the Bears have the most sacks (37) taken of any NFL team. Although head coach Kliff Kingsbury’s high octane offense gets most of the headlines, the Cardinals’ defense is a joy to watch. More than just talented, defensive coordinator Vance Joseph has built one of the more positionless defenses in the NFL. They can bring pressure from a thousand different angles and the Bears will be unable to stop it.

For the Cardinals’ offense, they hope to have QB Kyler Murray back, but honestly? They might not need him. Colt McCoy might have a career day after going 2-1 against more solid defenses. Pick: Cardinals

This game might be my “pick’em of the week,” (a term I just invented) because I’m going back and forth with it a dozen times as I research this article. On the surface, Vegas lines consider home field advantage to be worth around 2 to 3 points, so bettors consider this game almost even with, maybe, the Bengals being around a half a point better. My Three & Out colleague Ty Schalter has crunched the numbers and the Bengals’ home field advantage isn’t quite that robust.

Offensively, the Chargers have the No. 2 offensive according to DVOA and the Bengals cannot keep pace if this game comes to that. Yet, as I’ve harped on all season, the Chargers let far too many teams dictate the tempo and character of the game thanks to their (still rock bottom) rushing defense. Bengals RB Joe Mixon should have a field day. Pick: Bengals

While lots of people connect the Vikings to the now-injured RB Dalvin Cook, QB Kirk Cousins is the No. 7 passer in terms of yardage and PFF’s No. 2 QB. Because of his play this season (and that of the Vikings’ stellar WR talent), the Vikings are tied for No. 1 (with the Los Angeles Rams) in adjusted net yards per attempt. They strike down the field with the best of any team in the NFL, period.

The Lions? They’re No. 1 in defensive average depth of target (9.5). That means offenses know they can pick on a young defensive backfield full of late draft picks and undrafted free agents. They’re also No. 3 in defensive drive percentage ending in a score (44.9 percent). That means teams are connecting...in bunches. The Lions held three straight opponents to 16 points or less. That shouldn’t be the case here. Pick: Vikings

The Dolphins are riding a four-game winning streak and are doing so with a high percentage passing attack that has QB Tua Tagovailoa setting all sorts of records. They’re not scoring a ton of points—but more than their season-long average of 19.5. Defensively, they’re also finally stepping up and doing so with guys many casual NFL fans haven’t heard of—like DE Zach Sieler, who is the No. 9 PFF interior defender.

The Giants are not good offensively, and while a shake up with a new offensive coordinator might help, the Dolphins are the better play here. Pick: Dolphins

Any way you slice it, the Eagles are at least a touchdown better in this game. More than just being better than the Jets, the Eagles have played the bully in situations like this all season with massive wins against the Falcons, Broncos and Lions in matchups like this.

The question is really whether or not the Jets bottom feeder defense can get a stop against an Eagles team that is No. 1 (119) in the NFL in rushing 1st downs. When push comes to shove, the Eagles should be in consistent short yardage situations and QB Jalen Hurts should have a field day. Pick: Eagles

When both teams have the ball, the Colts have the No. 4 Scoring Offense at 28.3 points per game. Meanwhile, the Texans are dead last (14.9 PPG). Now, that Texans offense has looked a lot better as of late thanks to the return of QB Tyrod Taylor, but that’s not going to be enough against the Colts.

The Colts have won five of their last seven, and while they’re only 6-6, their losses are largely a who’s who of the NFL’s best (Buccaneers, Colts, Ravens, Titans, Rams and Seahawks...that last one not being so impressive). The Texans aren’t that guy. Pick: Colts

On Monday Night Football, Washington Football team went toe-to-toe with the Seattle Seahawks, which is an extremely impressive sentence about a decade ago. Now, Washington is leaning on an impressive but ultimately underwhelming offense to take shots in order to make up for a very, very bad defense—31st in defensive DVOA.

Yet, the Raiders aren’t exactly the cream of the crop over here. They beat the Dallas Cowboys on Thanksgiving, yes, but the Cowboys gameplan largely played right into their hands. WFT should be able to run the ball at will, and when they do, their play action passing game should be enough to prevail. Pick: Football Team

No matter which way you slice it, the Rams are going to win this game walking away. Yes, yes, yes…I know the Rams lost every game in the month of November and I know that one of those teams was the Houston Texans.

The Jaguars can win only with a consistent ground attack and the Rams have two Top 10 interior defenders according to PFF—not only Aaron Donald (No. 1) but also Greg Gaines (No. 10). Add a whole lot of talent elsewhere on the defensive side of the ball, and I’m not sure Jacksonville gets off the ball. Pick: Rams

The Steelers got gobsmacked by the Bengals last week, and while the Ravens are a better team than the Bengals (though, not by much), the matchup is far more conducive to a good game here.

Most of our Pickwatch Pro metrics have the Ravens on top in this one...except for in bare passing numbers. Dig a little deeper, and while the Steelers have the better passing offense, the Ravens have the better quarterback—yes, even throwing. This game should be very, very close, but the pick is clear. Pick: Ravens

The Seahawks have one of the most languid offenses in the NFL. You would think with Russell Wilson at the trigger and the talent they have at wide receiver, things would be better, but they’re only scoring 19PPG. When you throw that up against the 49ers’ No. 11 scoring defense, it should be tough sledding.

San Francisco is only 6-5, but Football Outsiders has them as the seventh-best team in the league. The much-maligned Jimmy Garoppolo is running a pretty solid offense. Their 5.9 offensive yards per play is right on par with the Kansas City Chiefs and Buffalo Bills—tied for sixth in the league. Pick: 49ers

There aren’t a lot of ways to look at the Chiefs offense as anything less than impressive, but they’re only 7-4 and don’t have that veneer of offensive excellence of years past. A big reason for that discrepancy is that 18% of Chiefs offensive drives end in a turnover. Only the Jets have a worst mark this season. Being sandwiched between the Jets and the Jaguars statistically isn’t a great look!

The Broncos can win this divisional game...they absolutely can. In fact, our Pro Insights have them on top in this matchup. That said, the Chiefs have won four straight, and head coach Andy Reid is one of the NFL’s all-time best coming out of a bye. Pick: Chiefs