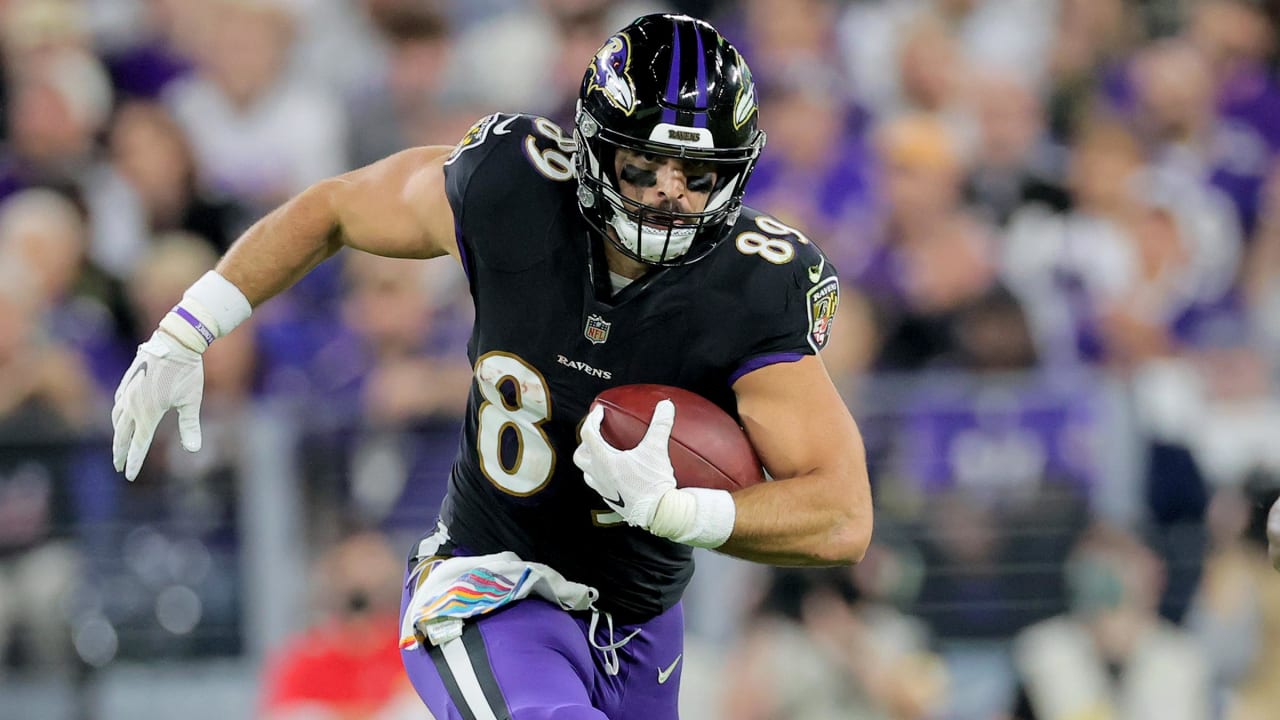 The Arizona Cardinals had a chance to clinch their spot in the playoffs and…dropped to the Detroit Lions in the most lopsided upset in NFL history.

The Baltimore Ravens continue to backslide, losing to the Green Bay Packers on what feels like their 800th two-point conversion attempt of the season—at least that’s what the hubbub around the decision making feels like.

The Los Angeles Chargers, Denver Broncos and Tennessee Titans all continue to not look quite ready for primetime against tougher opponents this week. Then there’s the Tampa Bay Buccaneers who had an inexplicable performance and game plan against the New Orleans Saints.

Of all the potential playoff teams who dropped their Week 15 game (so far, in an elongated week), the team with the most doom and gloom conversation around them has to be the Ravens. I get it, I really do. I have been extremely negative about them for quite some time. Their defense is atrocious (in general, but especially by their standards). The offense has some substance, but is mostly listless. This feels like a “rebuild year,” which wouldn’t exactly make sense because they’re sitting at 8-6, but 8-6 is awfully a lot like a rebuild when 10 wins has been the floor for the better part of the team’s history.

The team I’m most concerned about, however, is the Cardinals. No, I don’t think that a loss (even to the Lions) dooms them. However, they’re 10-4 and suddenly have a very tough schedule with the Indianapolis Colts, Dallas Cowboys and Seattle Seahawks ahead. The Rams and especially the 49ers have an easier road and the Cardinals could find themselves in a much closer divisional race than it seemed a few days ago.

Meanwhile, quarterback Kyler Murray does not look right. He was slow and sluggish against the Lions who teed off on him. He will need to be able to make plays with his legs if this team is going to make an impact in the playoffs. Right now, he cannot.

Full disclosure: My Week 15 picks weren’t great. I missed a number of games by only a few points, but no excuses. What I did predict correctly was the Pittsburgh Steelers to get a home win over the Tennessee Titans. I’m so happy I got this game correctly, I’ll take the “Ls” elsewhere. 32% of those Pickwatch tracked had the Steelers and those were the people who knew the Steelers are always dangerous late in the season at home, and that the warm weather Titans weren’t ready.

I’m not saying everyone should’ve (or ever would’ve) picked the New Orleans Saints over the  Buccaneers, but maybe more than one percent? The Saints have played the Buccaneers tough forever, and Tom Brady has historically struggled against them as well. Props to defensive coordinator Dennis Allen who will almost certainly earn a few looks at jobs this offseason.

The Schottey Six: Top Quarterbacks in the 2022 NFL Draft

1. Desmond Ridder (Cincinnati) — Easily my favorite passer in the draft. He’s always excelled off script and finally started to put together a consistent game to go with it.

2. Kenny Pickett (Pittsburgh) — He looks straight out of central casting and his arm strength has considerably improved over the past 18 months. The sky is the limit as a gunslinger.

3. Matt Corral (Ole Miss) — Maybe the rawest prospect in the top of the class (saying a lot), Corral is a fantastic athlete with great touch, better tools and a lot of mechanical quirks and bad decision making.

4. Malik Willis (Liberty) — There are zero other NFL caliber prospects on that Liberty offense, so Willis’ tape doesn’t tell the whole story. He’ll be a much better NFL player and teams aren’t going to make the same mistake they made missing with Patrick Mahomes.

5. Carson Strong (Nevada) — Maybe the best pure arm in the draft and a fantastic work ethic…there’s work to do, but the right QB coach is gonna fall in love and he could end up QB one after the end of the pre-draft process.

6. Sam Howell (North Carolina) — Considered the top QB in the class only a few months ago, Howell needs to rehab his image after a rough season when he wasn’t even the best college QB in the state (that would be Sam Hartmann at Wake Forest).

— I’ve said it a couple of different ways, but the Kansas City Chiefs are looking better than they ever have before. It was a rough start to the season, but things are figured out on both sides of the ball.

— If there’s one team on the NFC side of things I wouldn’t want to face as an opposing coach, it’s the 49ers. I’m not saying they’re the best team in the playoff race, but they’re built for longhaul playoff ball and are absolutely a tough out.

— Seeing a lot of “Tua haters should apologize!” takes this week and…you all know they just beat the Jets, right? Tua continues to be who he is—a ton of high percentage passes at about 5-6 yards per attempt. He’s not dangerous as much as he is a pest. It won’t lose you games, but he’s not exactly setting the world on fire either.

— The Detroit Lions have a lot of guys getting valuable minutes thanks to just an inordinate amount of injuries and some COVID issues beside. Center Evan Brown isn’t going to supplant Frank Ragnow who is one of the best centers in the NFL, but Brown has played extremely well the last few weeks…so have cornerbacks Amani Oruwariye and AJ Parker, defensive end Charles Harris, linebacker Jalen Reeves-Maybin and running back Craig Reynolds. They’ll have depth (if nothing else) in 2022.

— I’m very thankful the Jacksonville Jaguars fired Urban Meyer, but am worried the team will learn the wrong lessons from his time spent with the team. Already, I’m hearing calls for a “young offensive guru to work with Trevor Lawrence.” I mean, sure…but culture is going to be what’s most important in Jacksonville, and if that’s a young offensive mind, great. Otherwise, the team can’t overcommit to a scheme at the expense of more bad leadership.

— Davis Mills is about to get that Matt Flynn money.

“The difference between a successful person and others is not a lack of strength, not a lack of knowledge, but rather a lack of will.”—Vince Lombardi