NFL Week 10 Notebook: Are the Chiefs “Back?”
Head of Content Mike Schottey cleans out his notebook after NFL Week 10 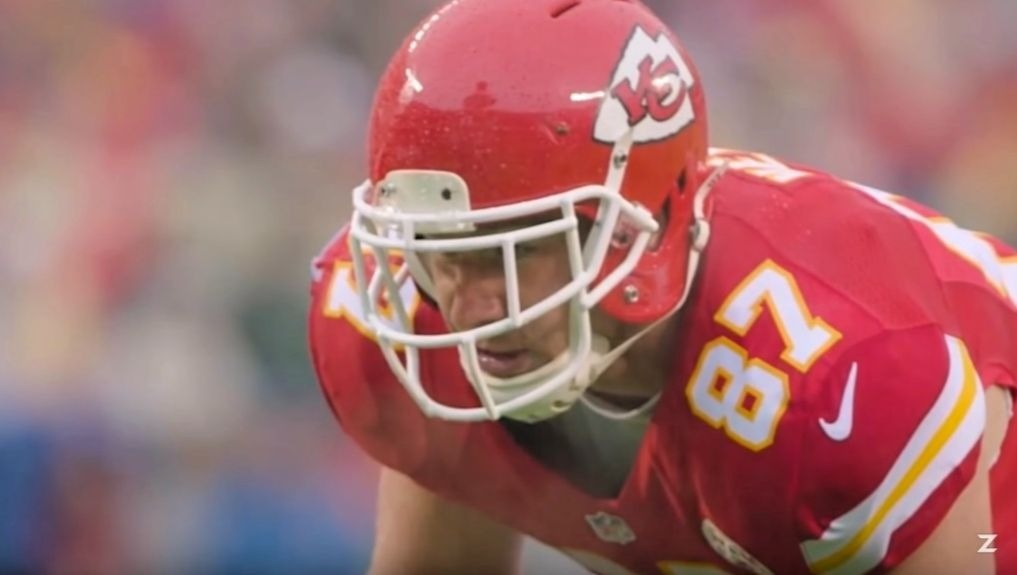 Following the Kansas City Chiefs’ 41-14 definitive shellacking of the Las Vegas Raiders, there are a lot of competing narratives out in the sports world—some generated from commentary on the broadcast itself and others well-marinated on Twitter or in the NFL blogosphere.

The Chiefs are coming off of three straight wins and improved to 6-4 on the season. They are still, for all intents and purposes, considered a playoff contender and one of the favorites to come out of the AFC and go to a Super Bowl. Their early season issues are mostly considered growing pains and quarterback Patrick Mahomes is widely seen as “doing just fine.”

So, in that respect, the Chiefs can’t really be “back,” because they never really left.

Yet, those of us who have been watching more closely know that just isn’t true. Their last three wins are against the New York Giants, the Aaron Rodgers-less Green Bay Packers and now the Oakland Raiders. That’s maybe the equivalent of one quality win between the three teams. Their other wins on the season are against Washington Football Team, the Philadelphia Eagles and the Cleveland Browns...not exactly a much better unit than the last three. They are, in short, a pretty average team beating the worst of the NFL, losing against better teams and splitting with the group in the middle.

Beating the Raiders doesn’t exactly change that. So, the Chiefs can’t be “back,” just because they beat another mediocre team...not as much as winning their next game against the Dallas Cowboys might prove such a thing.

Quarterback Patrick Mahomes, too, is being heralded as “back” after a pretty fantastic game against a Raiders team which refused to do what other teams have done this season to slow him down. Just because Raiders defensive coordinator Gud Bradley is arrogant doesn’t change that Mahomes has struggled this season. He’s taken the lead in passing yardage, yes, but he’s also thrown 10 interceptions. His 7.1 yards per attempt is a full yard lower than it’s ever been in his career. His passer rating is as low as it’s ever been in his time as a full time starter and his QBR is 20 points lower than last season.

Mahomes is not “back,” Mahomes just had a good game. He’s a former MVP, the bar should be a little higher.

The proof is going to be in the pudding when it comes to the Chiefs. Their strength of schedule so far this season (.569 according to Tankathon) is the hardest in the league. Their upcoming opponents are all solid but winnable games for a team that is this good on paper, but there aren’t many gimmes.

This team has high expectations and shouldn’t be held to anything less than the highest standard.

Not sure anyone on Pickwatch has ever attempted to pick a tie, but with 92 percent picking the Steelers against the Lions, it’s pretty evident that the experts we track didn’t think this was going to be exactly a “pick’em.” Instead, late-breaking COVID testing put “Big Ben” Roethlisberger to the side and Mason Rudolph got the start and it was—to put it mildly—some bad football. These are two bad football teams, we should’ve seen something like this coming, but maybe the tie is unique enough we couldn’t have guessed.

As for the Panthers and the paltry 3 percent of people that picked them...just how much do we all value quarterbacks Cam Newton and Kyler Murray? I mean, the Cardinals are good, but that good? The Panthers had time to scout Colt McCoy and the defense shut him down...meanwhile, Cam Newton doesn’t know much of the playbook, but apparently that doesn’t really matter.

We have to go way back to Thursday Night Football to talk about the game none of us got right. Zero percent of those tracked picked the Miami Dolphins to top the Baltimore Ravens, but that happened, and it happened in spades. Really, we finally saw the Dolphins team we should’ve been seeing all season long, and it’s time to start seeing them with some more frequency.

The Los Angeles Rams also failed to take care of business on Monday Night Football against the San Francisco 49ers. The Rams were, largely, the still paper tigers they were against the Titans, but no one really could've imagined the Niners being the same strong, physical team that the Titans were. The Rams now enter the bye week with a ton of things to work on.

The other big mismatch of the week was the Tampa Bay Buccaneers taking on Washington Football Team. Only 1 percent of those tracked picked Football Team, so that means 99 percent of those tracked got it really wrong trusting the Buccaneers. In the end, could any of us really assumed quarterback Tom Brady would be terrible in back-to-back weeks...coming off the bye no less?

1. Mac Jones (QB Patriots) — Gonna fool around and end up being a Pro Bowl alternate by the end of the season.

3. Jerry Jacobs (CB Lions) — A UDFA no one expected anything out of, Jacobs is now a starter for the Lions and might be playing as well as anyone on their defense.

4. Jevon Holland (S Dolphins) — A lone bright spot for more of the season, Holland shined even brighter in this week’s win against the Ravens.

5. Spencer Brown (OT Buffalo Bills) —Thrust into a full time starter role, Brown came back from injury and provided a huge spark to the Bills coming off of their loss to the Jaguars.

6. Pete Warner (LB New Orleans Saints) —Not the first off-the-ball linebacker drafted this season, but Warner is a cult hero for the Saints and a tough element their defense needed.

— Lots of people are asking if the Dallas Cowboys should be considered Super Bowl favorites after their huge win this week and...no. I’ve often gone back to a similar framework to looking at teams and learning “not to lose” is not the same as “learning to win.” The Cowboys are a few yards away from truly knowing how “not to lose” (see, the Broncos game) and they’ve even further from postseason clout.

— The Jaguars can do so little right, but they always cover the spread against the Indianapolis Colts, so there’s that.

— In addition to Mac Jones, Rhamondre Stevenson is straight being a stud for the Patriots right now. A longtime friend and agent old me at the Senior Bowl that he thought Stevenson’s tape was even better than then-Alabama and current-Steelers running back Najee Harris. That statement seems less and less crazy these days.

— The Minnesota Vikings were a huge matchup nightmare for the Los Angeles Chargers and still almost lost this game. I’m over Mike Zimmer and his coaching staff.

— It was a huge week for former Alabama QBs, and none more than Jalen Hurts. I still have huge reservations about his future for the Philadelphia Eagles, but wow, just wow...

— I’ve had up and down seasons as a youth football coach. This season has been one of my best, and after the league’s championship weekend, I’m looking at a couple of really big trophies for both of my sons and their teams. The bigger win, however, was an email I got from one of my player’s fathers. It talked about how their son hadn’t done sports before but he loved his team and loved learning the game. He can’t wait to continue to get better and play next season. That is my why.

"If what you did yesterday seems big, you haven't done anything today." –Lou Holtz