NFL Offseason Notebook: Owners Pay Lip Service to Diversity
The NFL has made waves about issues before, action is far more rare. 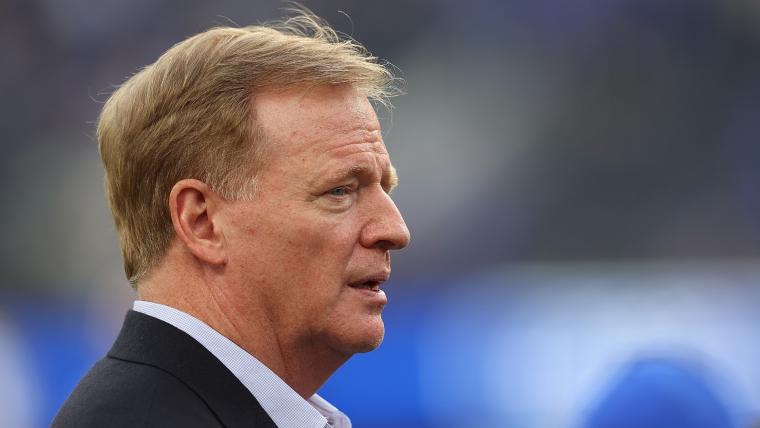 You can always tell when the NFL wants to fix something. It gets done. Sadly, you also tell when the NFL only wants to look like it has fixed something. When it comes to “fixing” the NFL’s monumental-sized problems with diversity in 2022, it’s become overabundantly clear that they would only like to appear to be fixing the problem.

So, when the NFL lines up and starts talking big about all of the wide sweeping things it wants to do to improve their record with diversity…it bears closer inspection.

Don’t take my word for it, Pittsburgh Steelers head coach Mike Tomlin believes the same. He responded to the news this way, "I haven't been in any discussions, and no, I don't have a level of confidence that would leave me to believe that things are going to be better. I'm more of a show-me guy as opposed to a guy that sits around and talks about things." (via the Philadelphia Tribune).

Among the nuggets of actual news in the NFL’s release, a “diversity advisory committee” of business leaders along with former NFL GM Rick Smith to review policies and suggest best practices. Also, the NFL is revamping the Rooney Rule to require teams to add a minority coach that works closely with the offensive staff. Finally, the NFL is promising to utilize minority status as a positive qualification when reviewing ownership proposals.

In many ways, that’s a whole lot of nothing.

Best case scenario, the Rooney Rule change has the potential to be a long term entry point to more minority coaches in head coaching roles, as offensive coaches tend to be promoted to head coach more frequently. However, teams composed of bad actors will be able to hire “token” minority assistants much in the way they hire token minority fellowship coaches and provide token interviews for minority candidates now.

The final “change” in ownership evaluation has the exact same problem. Simply saying “we are going to look minority status as a good thing” is a weird way of saying “we didn’t before,” but there it is. It doesn’t actually say that the NFL will do anything differently in the handful of times a team will actually be on sale in the next decade.

The real sinister “change” is the advisory committee. Friends of friends who run in the same wealthy circles as NFL owners and who will agree to be on a panel for clout is not the same as, you know, doing something. Want proof? In 2014, the NFL made similar promised to take violence and sexual assault against women seriously. Hundreds of stories were written about the hires the NFL was making and the new pro-woman stance. Since then, nothing has changed and the NFL has, arguably, a worse standing with women today than it did in 2014 thanks to Washington Commanders owner Daniel Snyder, Dallas Cowboys owner Jerry Jones, Cleveland Browns quarterback Deshaun Watson (and all the teams who clamored to trade for him) as well as plenty of other nameless faceless people who have made every corner of the NFL toxic for women while the NFL has become less and less transparent than ever before.

I am drawn to a moment from Super Bowl week, where NFL Media’s Jim Trotter asked his boss, Goodell, about the NFL’s terrible record with diversity and Roger Goodell stammered out a non-answer in stark contrast to Trotter’s eloquent question. Months later, this can be seen as the NFL finally responding to Trotter, and it still seems like they lack anything resembling an actual answer.

The NFL is good for elevating a handful of names every offseason who leave people scratching their heads as to where this person’s candidacy came from. Here are some potential first-time head coaches who’ve got plenty of resume to go around.

1. Eric Bieniemy (OC Kansas City Chiefs) — The name who's been on this list the longest, Bieniemy has marks on his job history like any candidate, but he’s also paid more dues than any first-time head coach in recent memory. An integral part of the Chiefs success over the past decade, it’s past time.

2. Aaron Glenn (DC Detroit Lions) — A longtime player in the league, if Glenn had played QB, he’d probably be on his second or third head coaching stint by now. Glenn has worked both on the personnel side of things as well as becoming one of the best defensive minds in the league. He’s ready.

3. Aubrey Pleasant (Defensive Backs, Detroit Lions) — Coaching since 2010 and in the NFL since 2013, Pleasant did a fantastic job with the Lions’ mishmash of undrafted free agent talent at cornerback last season and hearing NFL circles talk about him, he could end up skipping the coordinator title all together.

4. Byron Leftwich (OC Tampa Bay Buccaneers) — Leftwich wasn’t a great NFL QB, but the journeyman stuck around for a decade basically doing what Carson Wentz does. As a coach, he’s been around since 2016. He’s got a Super Bowl ring from both roles, has worked with a bunch of quality NFL coaches and quarterbacks. He should've been hired during this last cycle.

5. Jerod Mayo (ILB New England Patriots) — An All Pro and a Super Bowl Champion as a player, Mayo has always been known as a consummate leader. He’s young and one of the more inexperienced names on this list, but he might get the first shot.

6. Pep Hamilton (OC Houston Texans) — Pep has done fantastic work with quarterbacks all the way back to his days at Howard in 1997. First an Assistant Head Coach in the NFL in 2016, Hamilton still hasn’t gotten his chance to run a team outside of the 2018 version of the XFL.

— The other massive bit of news from the NFL meetings in South Florida is the change to NFL playoff rules that will guarantee both teams a possession. Which, I mean, sure…I guess. Both teams were already guaranteed multiple possessions in regulation and the NFL has already mitigated the effect of the coin toss with previous rules. What’s next? Guaranteeing them two possessions? Why would any game have different playoff rules (other than not ending in a tie?). It’s fixing a problem that doesn’t exist outside of optics.

— The intelligence of changing the rule aside, it’ll be interesting to see how the NFL manages the rule when it comes into play. ESPN’s Seth Walder reached out to NFL analytics people who were split as to whether they would want the first possession (to set the tone) or the second possession (to know what is needed for a win).

— Film of Deshaun Watson’s depositions is starting to surface, and it’s (obviously) not a great look for the NFL. A suspension is more likely the more these kinds of visuals are seen by the fanbase at large.

— Aaron Donald is coming back after early offseason retirement rumors, and the NFL is better off for it.

— It’s apparently the offseason for every team to talk about moving stadiums, and as rumors of potential moves or new stadiums pop up, it’s important to remember that every single NFL owner has the ability to build their own stadiums and any public money given to the purpose is essentially wasted taxpayer dollars.

— One of the things that stuck out to me was how present Gators head coach Billy Napier was throughout the sessions, including sitting front and center among the crowd during Rhule’s keynote address and taking as many notes as any coach who paid to attend. The Gators have a good man at the helm who gives off some serious Nick Saban vibes (he’s a former assistant) but as he interacts with players and with his peers.

— One name not mentioned above: Brad Idzik who is the Seattle Seahawks wide receiver coach. He is young, funny, engaging and a complete nerd when it comes to attacking defenses with long-range passing progressions. He’s got NFL pedigree (his dad was GM of the Jets and his grandpa a longtime NFL coach). He’ll be a head coach sooner rather than later.

“Reminder…you were not born a winner or a loser. You were born a chooser. The choices you make every day add up and you become the sum of those decisions.” —Bob Shipley