Will the Texans continue their inexplicablely long winning streak? Will the Redskins' latest signing help them make the playoffs? Find that all out and more in Katzowitz's weekly picks column. 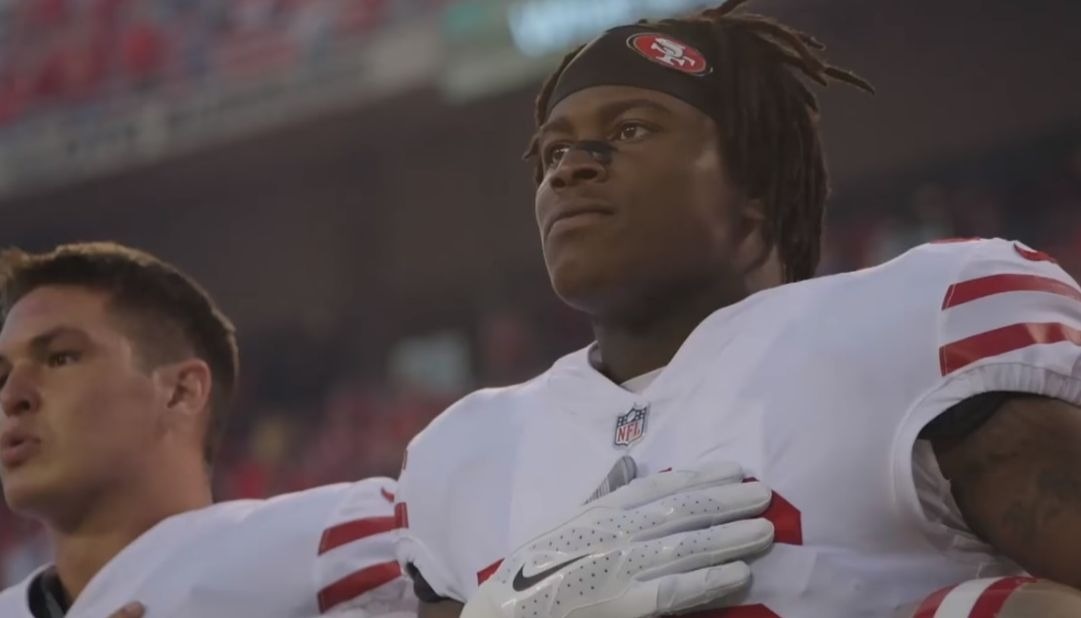 The Cowboys are surging, winning three-straight games and taking over co-possession of first place in the NFC East. After Dallas traded for Amari Cooper, the offense suddenly seems more multi-dimensional (it doesn’t haven’t to be Ezekiel Elliott all the time anymore), and suddenly, the Cowboys are playing like a postseason squad.

The Redskins, meanwhile, are falling. They lost to the Cowboys last week, and their starting quarterback Alex Smith is out for the season with a broken leg. Washington has lost three of its last four, and at 6-5, it’s tied with Dallas at the top of the division.

The Redskins are also apparently quite desperate.

According to NFL.com, they were the only team to put in a waiver claim for talented but troubled linebacker Reuben Foster, who was kicked off the 49ers squad after he was arrested and jailed on a first-degree misdemeanor domestic violence charge a few hours before San Francisco played Tampa Bay in Week 12.

Following the Ray Rice incident, in which the former Ravens running back lost his career after he was caught on video knocking out his fiancée in a hotel elevator in 2014, the NFL talks tough about how to rein in its domestic violence problem. But in reality, teams don’t care as long as the accused offender can help win games in the short term.

The list is long (Ray McDonald, Josh Brown, Greg Hardy, etc.). If you can perform on Sunday, it doesn’t matter if you’ve been accused of assault. Now, Washington, in an attempt to save its season, might give another chance to Foster—who was accused by the same woman of domestic assault in February before she recanted her story.

“We decided to investigate the situation with Reuben further by claiming his rights after candid conversations with a number of his ex-Alabama teammates and current Redskins players who were overwhelmingly supportive of us taking this chance,” Redskins executive Doug Williams said. “Nothing is promised to Reuben, but we are hopeful being around so many of his former teammates and friends will eventually provide him with the best possible environment to succeed both personally and professionally.”

Oh, if the players want him, I guess it’s all OK then, right?

Of course, Foster, who’s been arrested three times in 2018, might be innocent of this charge (and this country rightly assumes that to be the case before he’s convicted in a court of law). But that doesn’t mean the Redskins have to give him a chance and to pay him a weekly salary at this very moment. It’s desperate. It stinks. And in this case, it’s probably not going to work anyway. Because at this moment, I think the Cowboys will win the NFC East and leave the Redskins out of the playoffs entirely.

It doesn’t get much easier than this for a bettor. The Chiefs have one of the best offenses in the NFL. The Raiders have one of the worst defenses. The Chiefs have a good chance at making the Super Bowl. The Raiders have a pretty decent shot at landing next year’s No. 1 overall draft pick. These are two teams heading in two totally different directions. That’s pretty much all that needs to be said. Plus, whenever Chiefs coach Andy Reid is coming off a bye, it’s usually best to pick his team (he’s 16-3 when his squad has an extra week to prepare during the regular season). All of that means you should pick Kansas City to win and to cover the large spread without a second thought.

Against the spread: Chiefs -15

These two squads have legitimate chances to reach the Super Bowl, and the good news for both is that there’s still plenty for which to play. Pittsburgh lost a game last week to the Broncos it probably should have won, and the Steelers moved from No. 2 in the playoff standings (where they’d have the homefield advantage) to No. 4. Two weeks ago, the Chargers lost a game they probably should have won vs. Denver (the lesson here is that both teams better pray the Broncos don’t make the postseason) and are stuck in the No. 5 playoff spot. This game could serve as a potential playoff preview in wild card weekend between two squads that are good but that also could be great. This game makes me nervous, but here’s what SI.com had to say: “This marks the third time since the start of October that the Steelers have been favored at home by 3.5 points—Pittsburgh won the previous two games by 24 and 31 points, respectively, over Atlanta and Carolina.” OK, then. Go with Pittsburgh in a rout.

Against the spread: Steelers -3.5

Without former coach Hue Jackson, the Browns are fun to watch, and Baker Mayfield has become one of the most interesting young players in the league (particularly when he refused to give Jackson a hug after Cleveland splattered the Bengals last week). Throughout Houston’s eight-game winning streak, I’ve said and written over and over again that I’m still not sure the Texans are a legit contender, mostly because they haven’t beaten what I’d consider a top-notch NFL team during that stretch. But Houston played impressively on Monday night to knock off the Titans 34-17, and even though I don’t love the fact the Texans get a day less to prepare for this one than the Browns, the fact the Texans are at home and the fact their defense has been so good lately leads me to pick Houston.

Against the spread: Texans -5