2021 Pickwatch NFL Power Rankings Week 15
How does each NFL team stack up heading into Week 13? 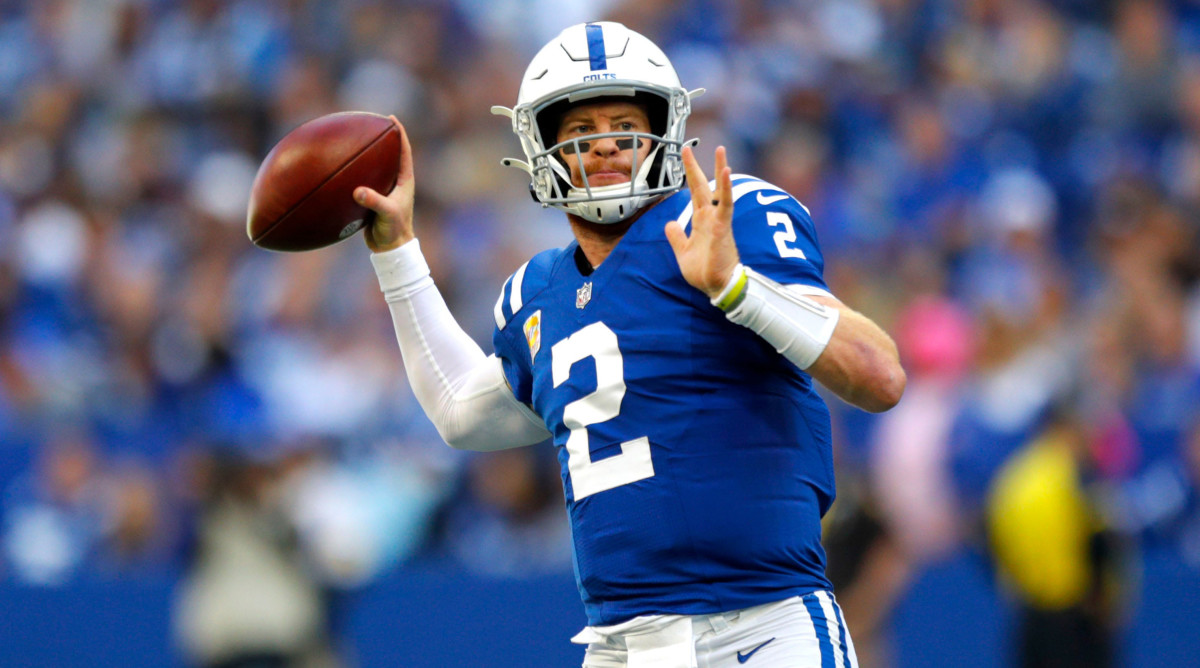 Firing Urban Meyer was a step in the right direction, but there are a lot more steps for the Jaguars to rekindle some of the positive momentum they had just a few years ago.

The Lions won a game and then everything just fell apart due to injuries and COVID. Now, it looks like both tight end T.J. Hockenson and running back DeAndre Swift are going to shut it down for the year.

You know you’re bad when the other team fires its head coach and it actually improves the betting line against you.

It’s too late for much of any positivity for Robert Saleh and the rest of the Jets coaching staff (let alone quarterback Zach Wilson) but 2022 might “win or go home.”

Half measures for over a decade have led the Giants to here…raging mediocrity. It’s long past time to rip everything down and start over.

Turns out Joe Brady wasn’t the only problem, huh? The offense still stinks and the rest of the team isn’t much better. Even the once-vaunted defense is being crushed under the weight of a directionless organization.

How ironic is it that after decades of never having a QB, the Bears finally have one and the rest of the team has gone to pot?

The Falcons are probably the lowest team on this list that I would take in a coin flip game against the ten teams (or so) higher than them. At their best, the Falcons can put up some points. At their worst (which is one errant bounce or a single injury away), they’d get pummeled by any team below them.

We’re likely watching the twilight of Ben Roethlisberger’s career, and it’s worth asking if the franchise is ready for what looks like a “rebuild” rather than a “reload.”

Remember when Jon Gruden was fired and Rich Bisaccia looked like “Coach of the Year” material? Good times.

The Saints’ defense is still firing on (close to) all cylinders, but even with a viable QB, that offense wouldn’t look very good.

This bump isn’t for beating the Texans, it’s for Russell Wilson stringing together two healthy games where he didn’t look lost in the sauce.

When Philly’s ground game is working, they can beat anyone.

I really like Washington, and they match up well with probably 2/3rds of the NFL in a way where one can see them in just about any matchup. Then again, they’re also just as likely to turn the ball over and give up a ton of points on defense, so they don’t always win all those games either.

The Broncos are a really “good bad team” (as opposed to a really bad good team). Their offense shouldn’t be this viable and the defense should probably be a little better, but when they’re getting turnovers, they’re hard to beat.

I’m putting the Vikings in the “bad good team” territory, because they really should be better than they are. There’s no reason this team isn’t putting up 30 points a game (the bare yardage is there) except for how bad the play calling and decision making is from the top down.

It’s a big, winnable game that could be really important for playoff position and…the entire team comes down with COVID. That’s basically the Browns’ history in a nutshell.

The Bengals could put up 50 against any opponent in the league. They could also lose a slugfest with the Jets…wait, they actually did that.

The Dolphins dink and dunk offense isn’t going to be super sustainable in today’s NFL, but it can be a stepping stone to much greater things ahead. This season is pretty much past, but they’re a tougher out than they looked like back in September.

One of the enduring qualities of the NFL is that you don’t really need to spend a high draft pick on a running back because you can always find someone serviceable. Well, the Titans did and now they can’t.

The next three games for this crew? Falcons, Titans and Texans. Then they have the Rams in the final game when they’ll likely be resting some starters. We’re looking at a playoff team here, folks.

Every single time I watch the Ravens, I pull my hair out, knowing just how good this team could be with some better decision making—even with their injury issues.

This just isn’t a mentally or physically tough team. Some of that is scouting and on the players. Other parts of it are just team make up, though. The Rex Ryan days are long gone…

After starting the season 0-3, the Colts have gone 7-3. They now have two tough contests against the Patriots (Home) and the Cardinals (Away)...even splitting those games would have this team flying high.

All of a sudden, everyone around the NFL is worried about the Cowboys defense! Who would’ve thought just a few months ago?

A lot of people are jumping back on the Rams bandwagon in a big way after they beat the Cardinals, but this is still a team that is generally more miss than hit in big games. They have a rough end to the season and need to continue to play up to their own talent level to rise higher up this list.

Should the Chiefs be higher on this list? Probably. More and more I feel like this team is finally on Super Bowl footing again and last night’s signature win against the Chargers emphasized that fact.

The Patriots are one of those teams where if you played each game 10 times, I’m not sure they would win more than four against any quality opponent. We only play one game at a time in the NFL though, and they keep coming out on top.

Their losses this season are to the Packers in Lambeau, to the Panthers without Kyler Murray and now to the Rams. They’re still an elite team, but this is like when Rocky cuts Drago in Rocky IV. The rest of the NFL can see they’re human, now.

I’ve been pressed for a Super Bowl prediction a few times in recent weeks and still have a hard time betting against Tom Brady playing at a high level and a team around him that is getting better and better.

What could stop the Buccaneers from getting another chance to repeat? The Packers getting home field advantage throughout the playoffs.