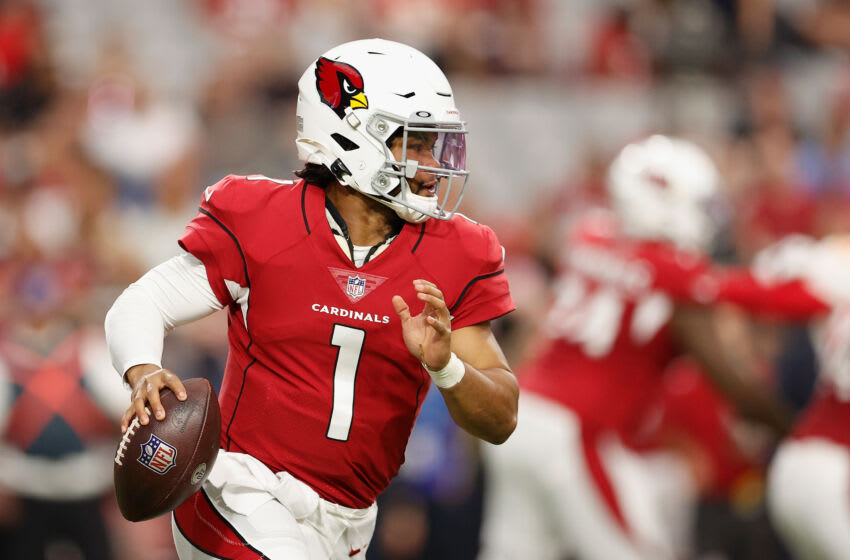 Getting pasted by the Los Angeles Rams isn’t too much cause for sliding down to the last spot on this list, but more and more cracks between this team and this coaching staff are showing by the week.

Just about everyone expected the Texans to lose to the Colts, but getting absolutely pasted 31-0? This team has shown more fight than this.

Are the Lions going to last long in this spot? Probably not. But, they beat a team almost 20 spots ahead of them in this ranking and have generally been in just about every game this season.

Letting the Philadelphia Eagles run all over you is one thing, but when the backup QB takes you behind the woodshed? Yikes.

I’m not giving this team any extra credit that QB Daniel Jones was hurt for their latest loss (against a good Miami Dolphins team, no less), but I also can’t in good conscience drop them below any of these other teams...

Getting offensive stars like RB Cordarrelle Patterson back (and keeping them healthy) is going to make a big difference for the Falcons who have a middle-of-the-road schedule to close out the season and could easily add a couple more wins.

Losers of six of their last seven games, and now they have to go into Lambeau Field?

I’m stealing my Three & Out co-host Ty Schalter’s line here, but the two most impactful and exciting moves of the last few years have been cutting QB Cam Newton and signing Cam Newton. The same thing could be said in reverse for hiring offensive coordinator Joe Brady and firing Joe Brady. This team is in neutral.

Is QB Russell Wilson back? Like, back back? I’m not so sure, but beating the San Francisco 49ers was a heckuva win. I’m just not sure they’re better than any of the teams ahead of them on this list.

Real talk, outside linebacker T.J. Watt might be better than his brother J.J. The older Watt had more talent around him on that Houston Texans defense a decade ago than T.J. does currently and they have the exact same number of sacks at this point in their careers.

The Saints offense is absolutely garbage at the moment—mostly due to injury, but also due to not adequately managing the QB position—but the defense is going to keep them in almost any game.

I’m not 100 percent sure QB Jalen Hurts didn’t just get “Wally Pipped” Gardner Minshew. Hurts has had an up-and-down season, but Minshew looked every bit as good as Hurts’ best game.

The Raiders are potentially the most mediocre team in football, which can lead to some wins if you’re not also really poorly coached.

My initial thought is that I could easily move WFT up five more spots on this list after four-straight wins. However, they’ve had a pretty easy schedule over those four wins (Tampa Bay Buccaneers being the exception) and they have one of the hardest schedules in the NFL to close the season. This is about right.

Generally, people talk about the Broncos as a tough defense with an offense that just needs to stay out of the way. That’s not it though. They’re actually a solid rushing attack that needs to embrace that, not make mistakes and it’s the DEFENSE that’s let them down more often than not.

By all rights, the Vikings should’ve slid further down for their boneheaded coaching in a loss to the Lions, but they won on Thursday night and have the talent to win out if they stay out of their own way.

The Browns have the talent to have gone undefeated as they were trying to prove just how tough QB Baker Mayfield is. Now, he might actually be healthy following their bye and the schedule sets up pretty nicely.

San Francisco shouldn’t have lost to Seattle and they know it, but they’re getting healthier and have one of the easiest schedules in the league to close out the year. WR Deebo Samuel is the one piece they can’t live without, though.

I’ve got the Dolphins easily winning the next two games with the remainder of their games being a coin toss based on injury and/or players sitting in advance of the playoffs. Some bad habits started to peek out against a banged up Giants team, though.

So much depends on QB Joe Burrow’s pinkie, because this team cannot win with him at anything less than 110 percent.

The Titans have not played like a playoff team since RB Derrick Henry went down. The good news is that they have the easiest schedule to finish out the season.

Offensively, one of the best teams in football. Defensively, there’s work to do, but a blowout win against the Bengals was a huge step forward.

The Colts have a very tough two games to come against the New England Patriots and Arizona Cardinals. But, they’ve played even the toughest opponents close this season.

It will be interesting to see if the Ravens have learned anything following their last-second loss to the Pittsburgh Steelers. The last time they faced the Browns, things were too close.

By all rights, Washington Football team should be the Cowboys this week. They’re playing better, but the Cowboys are a good enough team on paper that even when they’re outworked, they can still win.

It was September the last time the Rams beat a good team. At some point, this team needs to play up to its potential against more than the dregs of the league.

The loss to the Patriots can be counted as a weather-inspired aberration, but the upcoming schedule does this uneven team no favors.

For all of the Chiefs’ early-season foibles, they’re winners of five straight and have one of the top offenses in the NFL again. They’ve also got a relatively easy schedule coming up.

The Patriots have one of the latest bye weeks in the season to prepare for the Colts. After that, it’s a rematch with the Bills and then Jaguars and Dolphins. They can win out—just as I predicted over a month ago.

Top 10 both offensively and defensively, the Buccaneers were able to win through a lot of their hiccups throughout the season with only a small trip up. We’re headed to another Tom Brady Super Bowl appearance aren’t we?

QB Aaron Rodgers and the Pack continue to be one of the best teams offensively in the entire league, but even with an improved defense, there isn’t a ton of dominance the last month or so.

If you’re looking for dominance, the Cardinals have it in spades. The Rams this week and the Colts in a few are the only things between this team and a near-perfect season.