2021 Pickwatch NFL Power Rankings Week 10
How does the NFL shake out after a crazy Week 9? 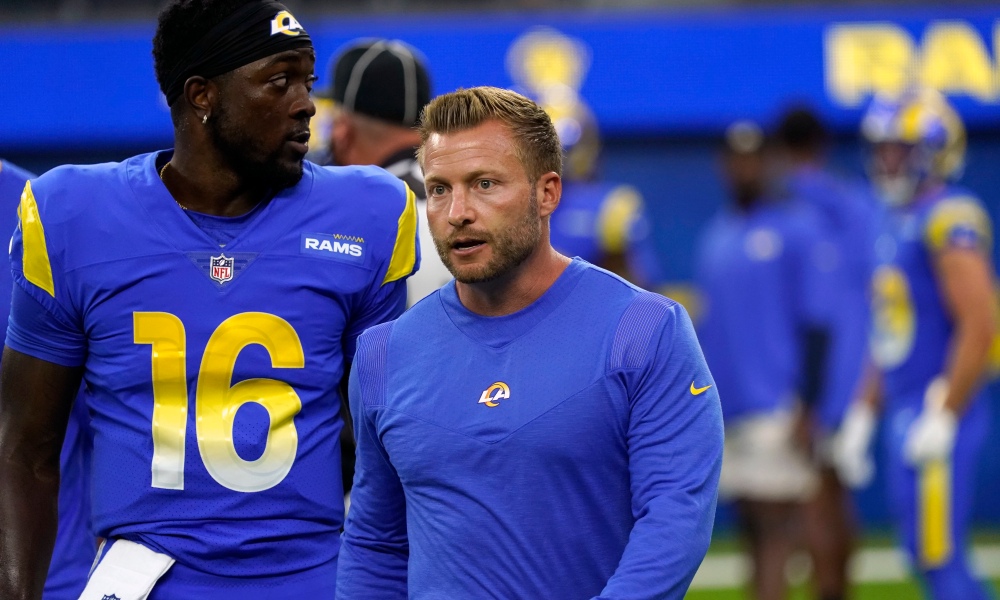 If Davis Mills plays at quarterback in this one, I think the Texans could have won it...

If Tua Tagovailoa plays at quarterback in this one, I think the Texans could have won it...

I do not understand anything that happened between the Jaguars and the Buffalo Bills on Sunday. I’ve been watching football my entire life and writing about it professionally for over a decade and I am absolutely flummoxed.

The Colts were the far better team on Thursday night, but the Jets showed out more than a lot of people expected. This team has fight.

With all due respect to Sam Darnold, who was a feel-good story for about 20minutes, this season, the Panthers deserve to continue to lose if he’s their only answer at QB.

Consider me among the (very) surprised that the Giants beat the Raiders this weekend. It’s an uphill climb, but finishing the season around .500 isn’t exactly out of the question if they continue to play at this level.

It’s taking head coach Arthur Smith longer to find them than some might like, but this team has weapons.

The matchup with the Chargers was perfect, but the defense fell short.

Four straight losses, and now the Buccaneers. Things are still not looking up.

Losing always stinks, but there were bright spots for that offense (in primetime, against the Steelers) and QB Justin Fields is clearly improving. That defense, though, still leaves a lot to be desired and that isn’t going to fly in the Windy City.

The coaching is the problem in Minnesota where they have way too much talent to continually be this bad.

Copy and paste from above.

Even if you don’t think the Broncos beating the Dallas Cowboys was the biggest upset of the week, the way in which they beat them certainly was among the most surprising things we’ve seen all season long.

Russell Wilson is a superhuman, but there are a lot of other things wrong with this team, and they were pretty bad before he got hurt as well.

The Patriots are breathing down the Buffalo Bills’ neck and they play them twice in the coming weeks. Suddenly, that doesn’t seem like such a bad stretch of the schedule.

There’s still some life in that aging quarterback...not much, but it’s in there.

If the Saints are able to stay around .500 for the rest of the season, give Sean Payton the Coach of the Year award. This is a pretty bad team beset by injuries that go far beyond just Jameis Winston. Still, they should’ve beaten the Falcons.

The Jaguars should be a cakewalk, but then the Bills and Buccaneers are going to test this team’s mettle.

The honeymoon is over and QB Derek Carr seems to be coming back to Earth a little bit.

As bad as Jordan Love was for the Green Bay Packers in Week 9, Patrick Mahomes was the worse quarterback. The defense is a problem. The offensive line is a problem. The biggest problem, however, seems to be a stagnant offense and a trigger man who can’t get over himself.

The Patriots is a coin flip game and then they have the Lions. After that, the oddity of the Baltimore Ravens back-to-back is going to be what defines this team’s regular season and largely decides if there will be a postseason.

Eventually, this team will commit to stopping the run. It likely won’t be in 2021, however, and the blueprint for beating them—or (at worst) giving them a tough game—is clearly out there.

I was ready to anoint the Bengals the head of the AFC...then they went 0-2 against the Jets and the Browns.

I did anoint the Cowboys (toward) the head of the NFC and I’ve been higher on them than anyone. Laying this egg against the Broncos is inexcusable but maybe it’ll get their minds right and stop them from reading their own press clippings.

There were some huge “arrogance in coaching” moments this week, but the Bills’ offense takes the cake in that regard. For a certified genius, offensive coordinator Brian Daboll should have to answer for this one in any interview moving forward.

If you don’t love what the Titans are doing, you’re either a fan of the teams they’re bullying or you just don’t love football.

The Ravens offense isn’t exactly clicking on all cylinders, but there’s clearly enough talent to move the ball. They’ll be working on consistency the next few weeks with games against the Dolphins and Bears to sharpen things up.

Tom Brady and Co. needed the bye week in a bad way. Now, they have warm up games against Washington and the Giants before the final stretch which doesn’t feature a whole lot of tough opponents.

If the Packers don’t get the bye in the NFC, they have only Aaron Rodgers and themselves to blame for letting this all happen.

From a talent perspective, the Rams are a Super Team in a big way, but the Titans just outmuscled them. For Rams fans, they gotta hope this was a “come to Jesus” moment that it’s going to take more than their talent to win a Lombardi.

1. Arizona Cardinals, 8-1 (+2) I’m late putting the Cardinals here, and I apologize. Winning a divisional game in convincing fashion without your MVP QB or most of your receivers is definitely enough evidence to put this 1-win team at the top.