2021 NFL Season Pickwatch Predictions
Michael Schottey takes his stab at some of the biggest storylines in the NFL this season. 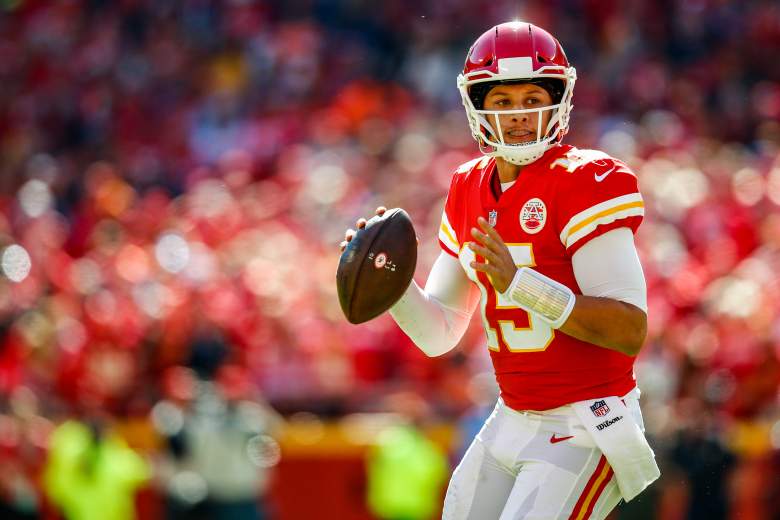 ‘Tis the season for wild predictions, hot takes and guarantees sure to be wrong. It’s also the time in the NFL calendar when so many fall for groupthink and relentless positivity because everyone is looking great at camp, in the best shape of their life, and every team is so much better than last season.

The Tampa Bay Buccaneers will NOT Repeat

Listen, there are a lot of reasons to love the Buccaneers chances in 2021. They are the top team in my initial 2021 NFL Power Rankings and they’re returning the entire core from a Super Bowl championship. Still, going back-to-back has only happened eight times in NFL history and not since 2004. Quarterback Tom Brady, too, could be in for some regression. Not only is he turning 45 years old, but in the 12 times he’s thrown for over 4,000 yards in a season, he’s seen his passing yardage decline in the next season 10 total times.

The New England Patriots will Return to Form

I’m an admitted Patriots stan, because their “do your job” mentality has kept them relevant long after many other experts started calling their dynasty a thing of the past. The questions on offense and especially at the quarterback position are entirely real and may never get answered in 2021, but defensively this will be a top team. They’ve spent money on both sides of the ball and they’ve gotten a handful of impact players back from COVID opt-outs—including linebacker Dont’a Hightower and offensive tackle Marcus Cannon. Contender in 2021? Maybe not, but they’re not going to be an easy out either.

Here’s the sneaky little subplot to drafting a rookie QB: We all know that a rookie QB failing can get a head coach fired, but a rookie QB looking promising can also highlight that the head coach isn’t the right guy to take him to the next level. Nagy was brought in as an offensive mastermind, but the offense has regressed during his tenure, scoring only 23.3 points per game last season and looking inept in the process. Any signs of struggle from the Bears offense again this season will have people calling for Nagy’s head to better prepare QB Justin Fields for his NFL future.

The NFC East won’t be a Joke

Last season, the NFC East Playoff Race was akin to watching four separate dumpster fires and needing to decide which is the least offensive to literally every one of your senses. Washington Football Team made it to the playoffs with a sub-.500 record and we were still talking about the 4-11-1 Philadelphia Eagles as a contender late into the winter. Both WFT and the Dallas Cowboys have made strides this offseason. The latter will be led by QB Ryan Fitzpatrick, who while not a franchise passer by any means, has the talent to let the top-notch defense win games. Meanwhile, in Dallas, we have a (hopefully) healthy QB Dak Prescott and running back Ezekiel Elliot and a reformed defense as well. The jury is still out in New York and Philly, but this division should have two (possibly three) 10-game winners.

The buzz around Los Angeles Rams QB Matthew Stafford has increased tenfold since his cross-country move from Detroit to LA. However, it is not as if his teams in Detroit were entirely talent void as many are making it seem. Stafford was never (ever, not once) the problem in Detroit, but there were many times he was also less than the solution. In his 13th season, we know who Stafford is, and while he’s a talented passer, he is not as singularly transcendent as the current headlines make him out to be. The Rams offense will improve, but anything less than the top of the mountain will bring boos from both fans and the media. It’s not a fair situation, but it’s the hand Stafford dealt himself with this move.

Arizona is Ready for a Big Leap

Alongside the Rams, the rest of the NFC West is a murderer’s row of talented teams. Seattle is still the class of the division and hasn’t had a losing season since 2011. San Francisco is getting their starting quarterback back from injury with another uber-talented passer waiting in the wings. Los Angeles may not be the sure-fire Super Bowl contender people are pretending they are, but they’re going to be in the playoff conversation all year long. It would be easy, then, to say the Arizona Cardinals (8-8 in 2020) don’t have a chance. Yet, look for QB Kyler Murray to take another big step forward in his third season, and for the talented Cardinals defense (on the cusp of greatness last year) to take it to a whole new level as well.

Cleveland is not There Quite Yet

Maybe the buzziest team in the NFL right now, the Cleveland Browns’ long-suffering fan base has high expectations after last season’s 11-5 record—so does the team itself! Yet, other than the NFC West, the AFC North is the toughest division in football. There is no easy out. While I love the Browns and think QB Baker Mayfield can be even better this season, the Browns have a tough schedule and expecting this team to be in the Super Bowl mix is asking too much from a young team whose best years may be two or three years away.

On paper, the Kansas City offensive line has improved from last season, which is saying quite a bit. However, the game of football is not played on paper. Think of all the times “dream teams” have been put together in the NFL and how few of them actually lived up to expectations. Can it happen? Absolutely...but, why doesn’t it always happen? Other than maybe the defensive backfield, offensive lines need to gel and work together more than any other group. This season, the Chiefs are trotting out an entirely new group of guys who have never worked together. Communication (silent, almost automatic communication) is key. It could take half a season for this unit to really find their stride.